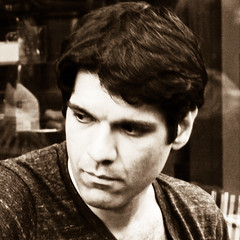 Persian guitarist at the Filmhuis 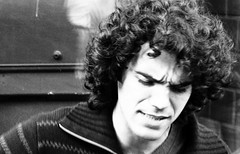 Persian singer at the Filmhuis

The skyline of Rotterdam 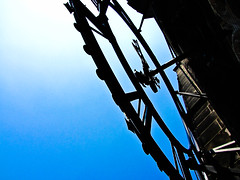 Time is on my side 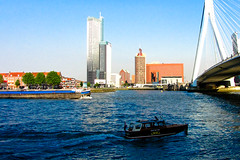 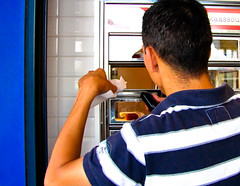 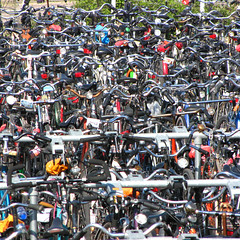 Delft from the Nieuwe Kerk 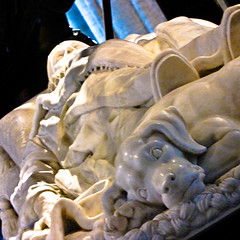 Inside the Nieuwe Kerk 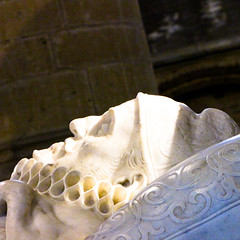 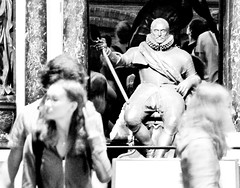 The brochure accompanying visits to the old and new church in Delft comments on the mausoleum of Prince William of Orange, the father of the fatherland who was murdered in the Prinsenhof in Delft: “[The bronze figures on the corners of the prince’s mausoleum] represent the four ideals which predominated in our country from the beginning of the seventeenth century. Freedom of thought, freedom of religion and a system of government without persecution or violence.”

These two sentences define exactly why the Netherlands is such a great country. Or rather, was, though the brochure continues with “Even in later centuries, these values were characteristic of our country”. Be that as it may, this is currently most certainly not the case, with the sad man that is Geert Wilders and the extensive support he received in the most recent elections.

Niamh and I were in Delft, enjoying the excellent weather, visiting some touristy sites as well as eating some excellent foods, including Persian at Coco Bango in The Hague and Surinamese at Warung Mini in Rotterdam.

After nearly breaking a leg in Tanzania, I did manage to get Niamh back on a bike and we cycled all over town, including through the suburb that has all the TU Delft faculties. To my great surprise, the main road going through the area has been taken out, having been replaced by grassy knolls running almost the whole stretch from town, along the campus. In the early summer sun, an extremely pleasant vista.
Also the Delftse Hout has been considerably remapped since the last time I visited.

Related:  In the Northern Capital

On our last night, we did the customary drinks at ‘t Klooster, though only three die hards showed up. We had the barman surprise us with beers of his choosing, which resulted in several very strong brews and a broken homecoming. A good thing our flight left rather late the next day.
In fact, having misremembered our departure time, we were extremely early, for a change, allowing us to bask in the sun in front of the Eindhoven airport terminal.
Ryanair is now charging 15 euros for checked in luggage, so we saw most travelers walking around with only hand luggage. Not that Ryanair is flexible with that either, though, allowing a maximum of 10 kilos and only one bag to be taken on board. Then again, this is, in turn, better than Transavia. Though they allow for 20 kilos of checked in luggage, only allowing 5 kilos to be taken on board as hand luggage.
It must be the joys of European low cost air travel.

After our debauchery at ‘t Klooster, a snackattack was in order. We stopped at Alev’s, where Niamh could satisfy her love for kroketten before we shared a recent invention from Rotterdam, the kapsalon. A kapsalon is a layer of chips, fries, a layer of donner meat and a layer of salad, topped with grilled cheese. It was my first time and I was not impressed. Particularly the meat was too dry. Then again, the kapsalon also probably saved me from a nasty hangover the next day.