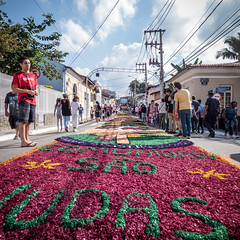 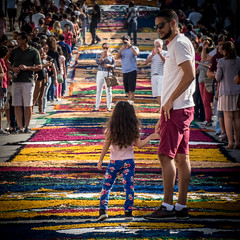 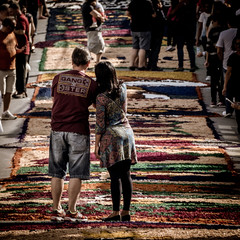 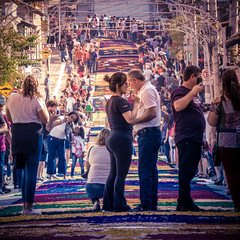 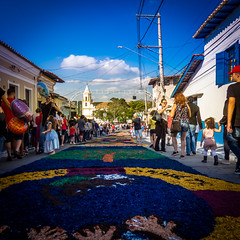 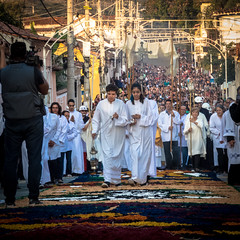 I'll be coming up that hill 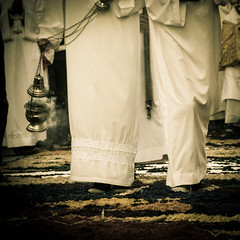 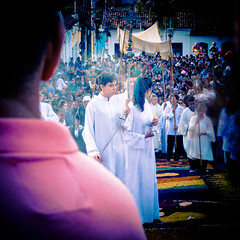 Ahead of the flock 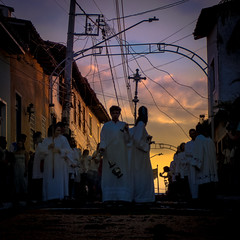 I caught a fish this big 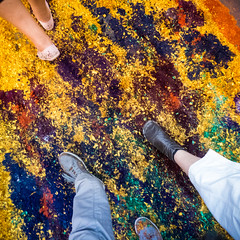 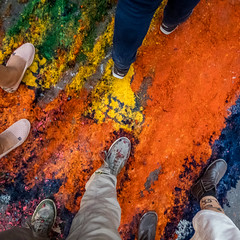 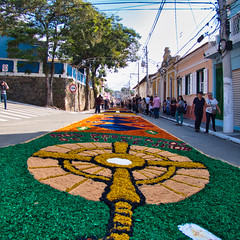 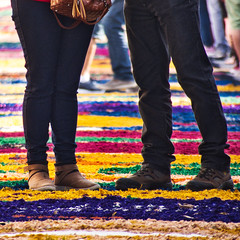 The chips have fallen 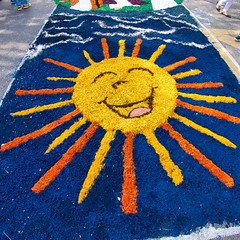 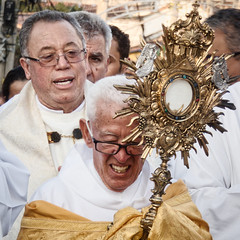 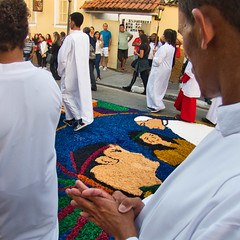 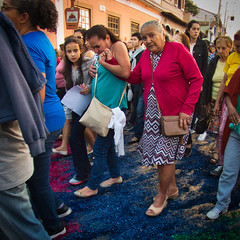 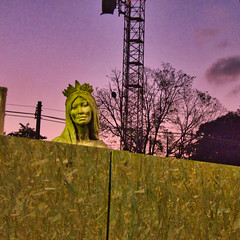 If you’re catholic, you’re expected to believe that Jesus is truly present in the Eucharist, or Holy Communion, that is, truly present in the consumption of bread and wine as part of the rituals of the church. The Feast of Corpus Christi celebrates this. The party’s started on the Thursday after Trinity Sunday, which celebrates the doctrine of the Trinity, mixing God the Father and the Son with the more abstract Holy Spirit, itself celebrated on the first Sunday after Pentecost.
Pentecost, from the Greek for ‘fiftieth’, is celebrated fifty days after Easter Sunday, and commemorates the descent of the Holy Spirit upon the apostles, while they were celebrating the Feast of Weeks, or Shavuot. This ‘descent’, according to a passage in Acts, in the Bible, came down to the apostles starting to talk in tongues in the early morning and taking that as a ‘baptism with the Holy Spirit’, fulfilling a promise Jesus had made earlier.
Shavuot marks the wheat harvest in Israel, and it commemorates the anniversary of the day when God gave the Torah to the jews. To me, it sounds more like the disciples had been partying the night away and were still so drunk the next morning that they still couldn’t talk straight. But I digress.

Easter, of course, celebrates the resurrection of Jesus, shortly after first having consumed the last supper, where Jesus commanded his disciples that, with giving his followers bread and wine during the meal, to consume the foods, “in memory of me” while referring to the bread as “my body” and the cup of wine as “the new covenant in my blood”.

Related:  Under the volcano

The term ‘eucharist’ derives from the Greek for ‘grateful’. Grateful, apparently, for consuming the flesh and blood of Jesus, which, here in Brazil, nicely ties in with the Brazilian interpretation of cultural cannibalism, Anthropophagy, itself based on a manifest by a Brazilian poet, dating back to the 1920s, in which Oswald de Andrade made the claim that Brazil’s history of “cannibalizing” other cultures is its greatest strength and a way for Brazil to assert itself against European post-colonial cultural domination.

The feast of Corpus Christi dates back to the 13th century, initiated because of the visions of a 13th century Belgian canoness, essentially a female monk, and widely adopted by the Catholic Church by the start of the 14th century.

The saint of the many islands

Now an hour’s drive from downtown Sao Paulo, the town of Santana de Pernaíba was founded in the late 1500s as a farm, and became used as starting point for the Bandeirantes, ‘flag bearers’, Brazilian colonisers, whose earlier main focus was to enslave Brazil’s native populations. Disguising themselves as Jesuits, they often sang mass to lure the natives out of their settlements. But, if luring the natives with promises did not work, they would surround the settlements and set them alight, forcing inhabitants out into the open.

Who the saint, ‘santana’ is a contraction of ‘saint Ana’, is not clear, but ‘parnaíba’ is a native word meaning ‘place of many islands’, with the original farm being built in a bend of what is now the river Tiête.

Here, on the morning of Corpus Christi, the locals come together, representing a multitude of social groups, to create a tapestry of colourful sawdust and sand, almost completely consisting of depictions of religious themes. At the end of the afternoon, after an outdoor religious service next to the town’s main church, a procession then completes the 850m circular course, walking on top of the tapestry, followed by the public at large.
The amount of sawdust used is an impressive 80 cubic meters.

This tradition, however, is recent, the sawdust carpets for the first time being used in 1968, though streets were colourfully decorated before that, for the same festivities.

One Reply to “This is my blood you drink, this is my body, you eat”