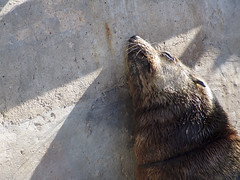 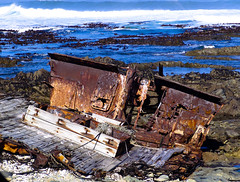 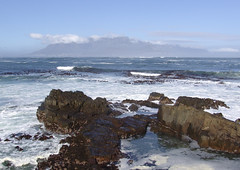 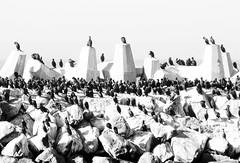 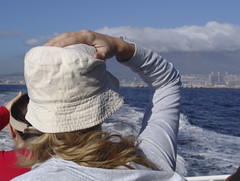 Hold on to your hats 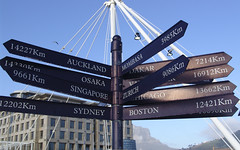 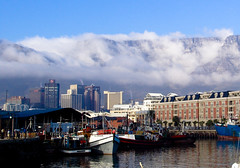 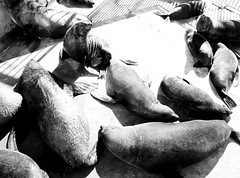 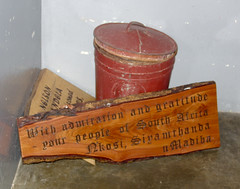 With admiration and gratitude 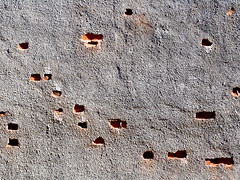 The island got its name from the Dutch word for ‘seals’, which were found lounging on the island when the Dutch decided it would make the perfect penal colony, just of the shores of Cape Town. With Table Mountain always within view, I can imagine it being extra annoying to be trapped on this island, constantly being reminded of what it is you’re not part of.
The seals, for that matter, are still around, as are penguins.

Mandela’s story has been told numerous times and if you’re interested, I suggest you pick up Long walk to freedom by Nelson Mandela himself, a good as book as any, and probably better.

The tour of the island is highly organized and, in fact, not very interesting apart from the fact that many of the tour guides were imprisoned on the island at one stage or another. Most interesting were the personal effects exhibited in the departure terminal on the Cape Town Waterfront.

Just after leaving the departure terminal again, after having visited the island, I heard someone call my name. Now, in Afrikaans, ‘Baba’ means baby and in many of the native African languages, ‘Baba’ means father, so I wasn’t really expecting anyone to actually call me. Still, I turned around and looked straight into the face of a friend of mine I met in Mongolia. Small world or what?

In the evening, sipping from a bottomless coffee at the Mugg and Bean at the V and A Waterfront, mist was slowly seeping into the mall, and it was getting annoyingly cold.

Africa is in there somewhere

Related:  We Will Rock You

It’s interesting to see how, occasionally, Africa seeps through the facade that’s westernized South Africa: In an expensive restaurant, it wasn’t possible to change one item of an extensive starter platter for another; A pedestrian bridge on the waterfront broke down and wasn’t repaired for hours; South African airways only accepts local credit cards; A very decent Internet cafe had 30 PCs with LCD screens, but with Windows 98.