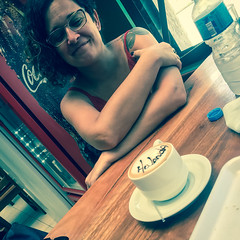 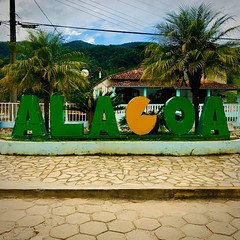 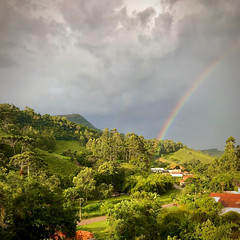 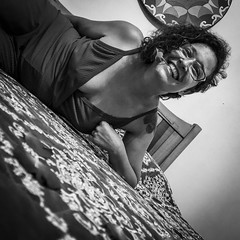 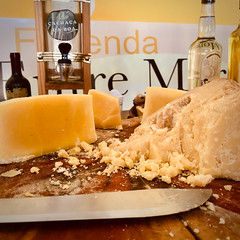 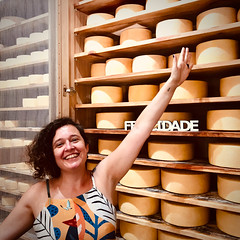 This could be heaven for everyone 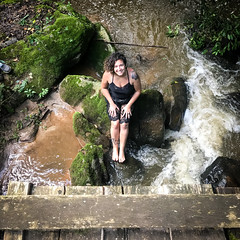 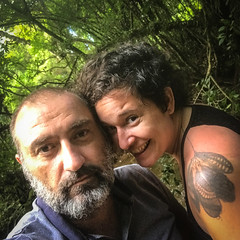 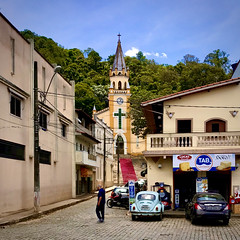 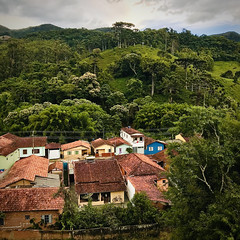 We asked around; how many families were making cheese in and around the town? The lowest estimate we got was 30. The highest, 150. At a population of under 3000, and, with a surprisingly low average Brazilian household size of 3, this means that up to 15% of families in Alagoa could be making cheese.
It seemed a good estimate.

The town is gorgeously situated, essentially at the end of a road, almost but not quite a dead end, in a valley surrounded by tall evergreen peaks. Founded in the 18th century, the town was on the trail, the ‘Royal Road’, between the mines in the state of Minas Gerais, and the ports of Rio de Janeiro, Paraty, and Sao Paulo. But, though it’s technically possible to traverse the valley, no paved road runs through it.
When we entered the area, we had to navigate a fresh landslide, which, only just, had been partially cleared, allowing small traffic in and out. That, combined with the lack of tourism, mostly due to COVID, made it feel like we were driving into a kind of Stephen King novel, where anyone can enter the little thriving town, but no one can ever leave.

Related:  In the corporate city

In Alagoa itself (surprisingly bereft of a lake, as ‘a lagoa’ literally means ‘the lake’), we tried cheese from 9 different producers, only four of which were officially recognised cheese manufacturers. One of those, Entre Morros, ‘between mountains’, had dared to make an old Parmezan, as a one-off. Not much to Brazilian tastes, which prefers younger cheeses, it was not an easy sell, and after making one smelly old wheel of 7 kilos, months back, they had yet to make another one.
It was superb. We bought their last kilo.

It was exactly this cheese which, at a visit to a little cheese shop, during the most recent carnival, all of us still oblivious of our COVID future, in the little town of Santana de Parnaiba, close to Sao Paulo, had made us decide to seek out this Brazilian cheese capital.

Back in May, we had wanted to visit, but the town’s website said it was closed to visitors, due to COVID. We checked a few times in the following months, with no luck. Then, when we gave them a call in early December, we were told they had, in fact, never been closed.
But, when we finally arrived, we found that all shops were still required to shut down at 6pm, some closing even earlier, others not opening at all. Except for the town’s only bakery, which was allowed to stay open till 9pm, but often kept its doors open for longer, broadcasting the laughs and shouts of those having their socially distanced beers, to the windows of our hotel across the road.
At the town’s only pousada, this seemed reasonably ideal. Except that, as perhaps the only bakery in Brazil, they did not serve a meaningful breakfast, which we needed, as the pousada had stopped serving breakfasts due to COVID. And for lunch and dinner, the bakery only offered the ever-present Brazilian burger, in all its 20, or so, varieties, and as many pizzas. With local cheese, but crappy dough.

The inhabitants of Alagoa take their cheese seriously.

We went for a drive, in search of a particular restaurant, pretty much ‘up in the mountains’, only to find it closed. But, a nearby pousada (kind of like a farm-stay), was open. The Pousada Casarão, meaning something like ‘Big house hotel’, possibly harked back to slave-owning days, with this farm being the central farm of a large estate.
We didn’t find a really big house, but we did find a family running a series of quite lovely chalets with beautiful views, all constructed by the patriarch of the house, João. Who, of course, also made cheese.
Asked to see his cheese, the pride in João’s work was palpable. It took some convincing to allow us to try one of his large cured cheeses, which he proceeded to carry down to the farm’s kitchen, clutching the cheese to his chest as his precious. But, in the kitchen, he couldn’t bring himself to cut open the cheese; it needed to be sold as a whole, João telling us while looking at the cheese with loving eyes. Instead, we got to try another, already cut, similar cheese , from which we bought a kilo, as well as a well-aged Parmezan, which actually was a bit too dry.

Later, on another drive, we stumbled upon a little chalet where an older couple, Barbara and Daniel, Daniel being Uruguayan, also sold cheese, of course, but also curated meats and made a bunch of cute handicrafts. Besides once playing Santa Claus in Sao Paulo, in which he would entice the kids with a lama he would bring with him, he also used to sell solid quantities of cheese from this valley.
Now, his son had taken over much of that business, selling about 1000 kilos per month.

When we left, on the deserted track in and out of town, we didn’t hit an invisible Stephen King wall blocking us from leaving. We did stop, along the way, in the also lovely town of Itanhandu, where we bought even more cheese at a cheese factory, including some excellent mascarpone.