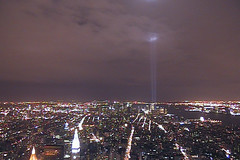 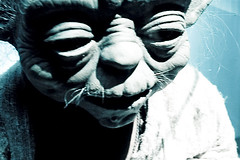 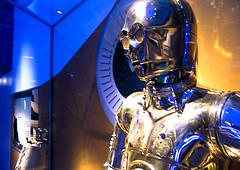 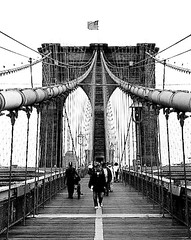 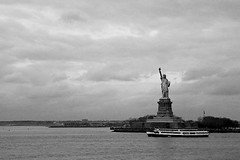 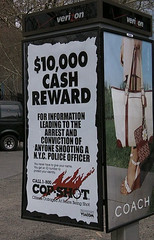 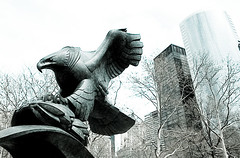 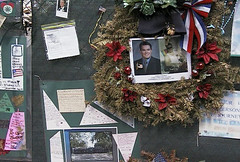 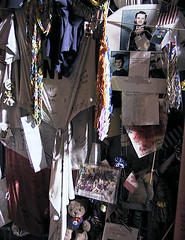 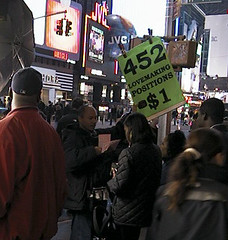 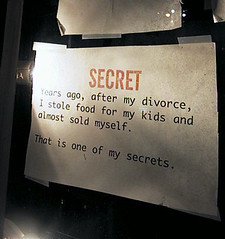 ...I almost sold myself. 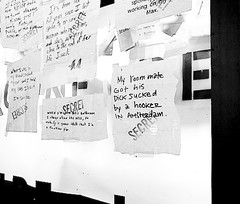 The wall of secrets 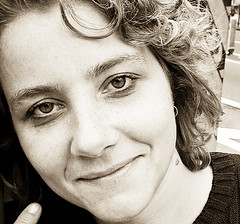 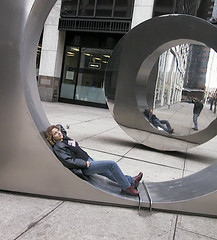 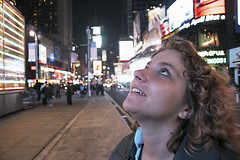 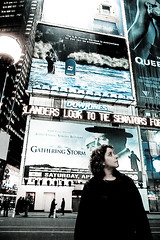 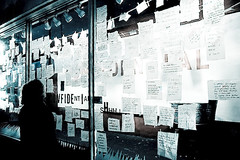 When I visited Russia back in 1999, one of the things I was completely baffled about was the totally skewed pricing scale of all products and services. A Big Mac would be the price of 100 bus tickets; a hotel room would be cheaper than a cheap restaurant meal and so on.

Another thing I noticed, when visiting the US last year was the apparent similarity between Russia and the US in terms of culture and architecture. Now I know that the US also has quite its own version of the awkward pricing scale.
I already mentioned that last year, my train ticket for getting close to North Adams was some $70. This year, taking a “commuter” train, I paid less then $10. On Friday, I took a bus to New York and had to pay $35. Although the bus was fairly empty, it wasn’t quite comfortable and took an amazing 5 hours, where a normal car ride only takes some 3 to 3.5 hours.

Since neither mine nor Betsy’s cell phone operates in the US (we both don’t have a triband), we had to resort to such archaic methods as arranging a meeting at a particular time at a certain place. The time was “as soon as possible”, the place was Grand Central Station. Once a beautiful romantic place to start a journey across North America, this time it was the backdrop for the start of our discovery of New York and our weekend together.
I was losing hope after waiting for almost two hours when, almost like a happy puppy trying to jump up towards his owner after not seeing him for a couple of hours, Betsy almost pushed me over on the ground and we started kissing in a happy embrace, enjoying the touch, smell and look of each other, forgetting for a moment the sweaty experience that travel generally is and the tons of looks we got from people clearly not as happy as we were. This was a couple clearly in love, New York was ours for the next three days.

We indeed enjoyed each other and the city, “doing” the staple diet of Central Park, the Brooklyn Bridge, Times Square, Wall Street, Broadway, the Staten Island ferry, the Statue of Liberty and more. We even, by chance at first, bumped into Ground Zero, the smell that supposedly was unbearable shortly after 9/11 being completely gone. The location itself was rather boring, how often have you seen a bunch of people working on a construction site? The instant memorials, sheets, pictures, flowers, t-shirts and more, hanging on the fences of two churches close by, remembering the event and people that got killed on 9/11, were reasonably interesting. For the most part, however, since these instant memorials, however touching, were silent hints for the exact reason for the attack: America’s hypocrisy. But I truly don’t want to get into this here.

Betsy and I had decided to not visit any museum, if we could help it. Not that New York’s museums are not worth it, but since it would be a shame to stay inside, when we had only such a short period in that wonderful city. However, when admiring the facade and entrance of the American Museum of Art, three girls just coming out offered us their entrance tickets, which we gladly accepted for a short tour on the premises. We had the luck of enjoying a live classical music performance on the grounds, interspersed with very bad and inaudible poetry. The other museum we visited was the Brooklyn Museum of Art, a museum as big as the Met, but far less popular (you know, it’s in the middle of Brooklyn, gasp!) The reason was the Star Wars exhibit they had on. I simply had to see it. And Betsy not knowing much about Star Wars at all, gave me the chance to go over it all once more in my mind and tell her, full color, what all this mumbo jumbo was all about.

When we were walking towards the museum, the sun was shining brightly, we were sweating profoundly, we bumped into Tim and Claudia. Tim and Claudia are married and run a web business together. A short while ago, they moved to New York since Tim is working on a project for the High Times, a magazine on the use and possibilities of cannabis.
Claudia was on the exact same plane as Betsy. We already had thought of the idea of contacting Tim and Claudia for a Sunday evening beer. Now, of course, things had gotten even easier. We went for dinner in Chinatown, but everyone seemed to be just too tired to be lively enough for the whole evening. The food was good; we were all dead tired, went home early and almost could only think of sleep. Of course, in the end, I only slept for three hours since I had to get up at four to catch a metro to catch a bus to catch my plane. Saying goodbye is never enjoyable. However, it was far better then only slightly over a week before, when we had already said our goodbyes and felt we had still so much unfinished “business” to do before my leaving. Betsy and I had had a great weekend in New York City and we both seemed as certain as can be that, come my return to the Netherlands, we will fall into each others arms and live happily ever after.
Additionally, I have learned by now that taking a quiet leave is the better option when saying good bye for an extended time. Apart from the fact that my projected 5 week journey is far less than what I experienced in the past, as far as travel time is concerned, if you linger for too long on your departure, it becomes harder and harder to actually say goodbye, realizing more and more that the closeness of “the other” is like a gift from God and that your upcoming journey is only a gift from yourself.
And at four a.m. you’re still basically so much asleep that a whole bunch of hugs and kisses do seem to be the most appropriate.

Related:  My personal Northern Crusade
This text is available under a cc-nc-a license.