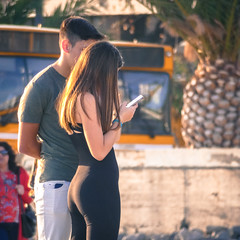 Something to check out 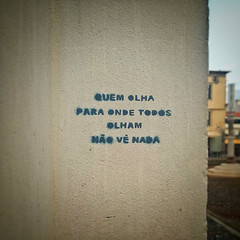 He who looks to where others look, sees nothing 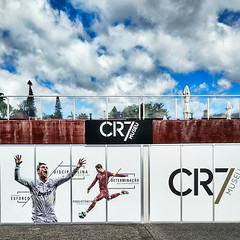 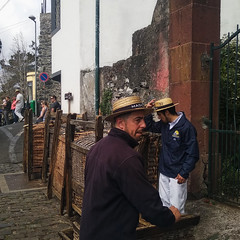 Ready to let it slide 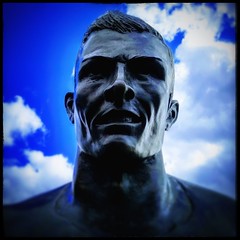 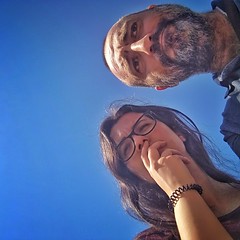 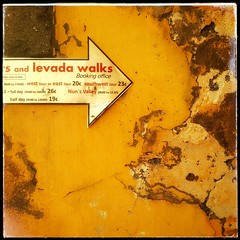 It was during a dérive 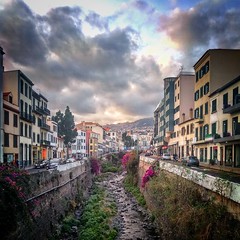 In Funchal, the capital of the island of Madeira, the drink of choice is poncha, local rum mixed with fresh fruit juice, honey and lemon rind, strained.
Surprisingly, it’s common, though not necessary, to drink it without ice.

The food is lapas, which translates to rocks. Mussels, really, that tend to grow, on rocks.

The art center I am giving a Dérive app workshop at is run by several Russians, though I’m told there is not a strong Russian presence on the island.
There is, however, a strong British influence, and much of the 4.5 million tourists that visit the island of 250.000 hail from the British isles, at least in part responsible for English being widely accepted.

The island also has a sizeable Venezuelan community, though direct flights from Caracas have been suspended.
Without trying, I stumbled upon a gathering of some 400 Venezuelans who were not supporting Maduro, but were also not exactly supporting Guaido. Many are fairly recent Venezuelan immigrants, which makes sense of their ambiguity to both politicians.
During my dérive, as part of the workshop, we came upon a Venezuelan-owned bar. He had been on Madeira for 40 years. I asked him which president he favoured. “It’s not something for me to worry about.”

Influence of Venezuela shows up in unexpected places. Some bakeries sell “Venezuelan cake”, But, like Maduro, Guiado and Trump, it appears more impressive than it really is; looking like a nuked pastel de Belém, it’s really a slice of rolled up cake covered by a layer of not overly strongly flavoured orange cream.
Like these presidents, it’s not very good

Funchal is about as far west as the westernmost point in Africa. The Azores, which I was going to visit after leaving Madeira, are much further west. So far west, that they are more western than the eastern most point of Brazil, which are the Saint Peter and Paul islands.
Not that either the Azores or Madeira are close to Brazil, at all. Even though the Western edge of the Azores is about as far away from the eastern tip of Canada as it is from the Western edge of Portugal, they’re also more northern than I’d expect.

Henry the Navigator, the Portuguese royal who kicked off the Portuguese age of exploration, also was responsible for Madeira quickly becoming an important producer of wine. The temperate, but warm and sunny climate, with abundant water flowing down the cool mountains, help.
In Shakespeare’s Richard III, one of the characters drowns in a barrel of Madeira wine, while in his Henry IV, one of the characters even sells his soul for a cup of Madeira wine. The wine is nice, but perhaps I’m just not enough into wine in general.
Some of the corner stores double as bars in the evening, in exactly the same way as in Belo Horizonte, in Brazil.

After Henry, Columbus was an early visitor, maintaining a house on the island, in preparation for his own move out west.

Madeira airport, now called Christiano Ronaldo airport and temporarily home to a much reviled bust of the man, at one time also had a hair raising, short, landing strip, with a drop off the cliffs of the island, considered, during that time, the most dangerous airport in Europe.
Now, the landing strip has been extended, the newer section resting on pillars standing in the ocean.

Ronaldo is Madeira’s most famous son. Chocolate Easter eggs come with his face on it and, more recently, he opened up a hotel and a museum, the CR7 museum, just outside of the port, so that if you arrive by cruise ship, it’s impossible to miss.
Ronaldo’s grandeur was perhaps infected by Funchal’s ambitions as a city, twinned with a bunch of cities that are on similar edges of the world, like Gibraltar and Honolulu. But, also with mega-cities like Sao Paulo and Santos.

The name Funchal derives from the Portugese for fennel, which is what the first visitors found in abundance. And, there is a particular fragrance that hangs in the air, though you have to get away from the many smokers to actually notice it.

I tried to catch some of that fragrance by spending a day in the mountains. I took the popular cable cart and went for a tough day’s hike.
Mostly everyone, after taking the cable cart, the many cruise ship passengers included, visit the botanical gardens, and take one of the famous toboggans, sleds, to come down again.

Later, I visited a tiny lighthouse on the western edge of the island, perched atop a tall cliff. With that height, its reach is farther than the crazy tallest lighthouse in the world, in, where else, Dubai.

Madeira is home to a micro nation. Just after cruise ship passengers walk off their ship, now connected to the mainland via a land bridge, a small island sits just off the coast.

A rocky outcrop topped by a makeshift little fort, it’s the Principality of Pontinha, which, at the start of the 20th century, was sold by king Carlos I of Portugal, to a local win-making family. The wording that was used in the deed is interpreted, by the current owner, to mean that Carlos also handed over sovereignty.

Related:  India vs. Pakistan vs. Baba

In 2015, the official currency of the country became Bitcoin, but when I visited, nothing was for sale. All I found were a few lazy cats, somewhat suspiciously following my actions, though giving in when I presented cuddles as a peace offering.