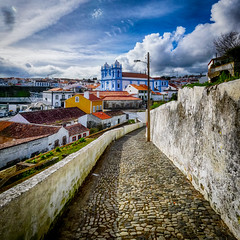 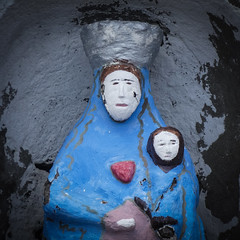 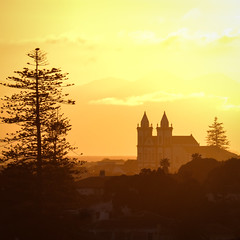 The sky is on fire 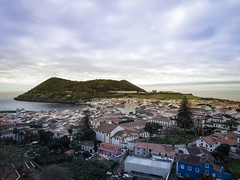 A volcano at Angra 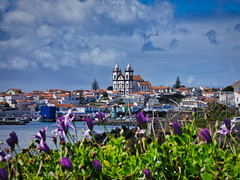 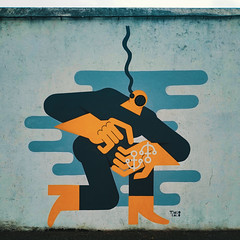 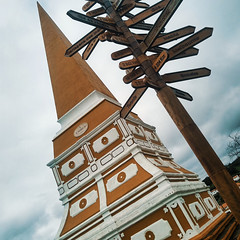 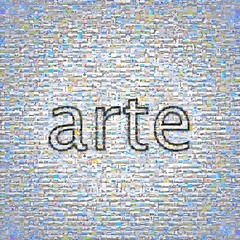 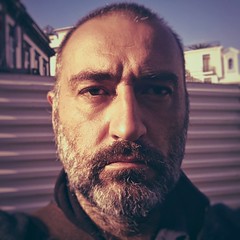 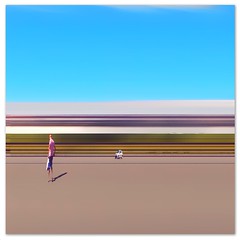 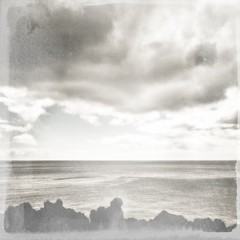 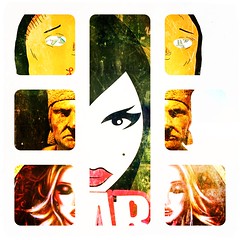 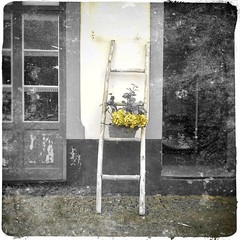 Angra do Heroismo, on Terceira Island, is like the well-off cousin of Salvador de Bahia. The same rolling inner city hills, the same cobble stone streets, the same colonial architecture.
But, here, it’s all in excellent shape.
A connection with southern Brazil exists, too. A monument in Porto Alegre is dedicated to Azoreans, who played a significant role in the colonisation of south Brazil.

I was lucky enough to visit during ‘poetry week’, themed as ‘7 eyes’. I managed to enroll in an actual photomarathon, and attended a poetry night that turned out to be a fado night with songs about poetry and poets.
Enjoying lots of wine and cheese, the last song was sung, in part, by the band’s lead and, in full, by the audience. Perhaps some 70 Angraenses of mostly past middle age, all looking quite sad for the lyrics they were sharing.

And then there was the tuna. Not the fish, a tuna is a group of university students in traditional university dress who play traditional instruments, sing serenades and tend to do some flag waving and traditional dancing during performances. Typically all-male, the tuna sing-off I attended also had a guest-tuna which was of mixed gender.
Of Portuguese and Spanish origin, the name “tuna” is connected to a king of Tunis, apparently a title used by leaders of vagabonds, but there is also a legend of an actual king of Tunis, known for his love of music and partying, who used to walk around the streets at night playing and singing. Both sound a bit like confabulation to me, but, well, the name has to have come from somewhere.
Still popular, I also encountered the tuna students on the streets of Lisbon, in the 1960s, several tunas were founded in the Netherlands.

Angra is a World Heritage Site for its inner city architecture. Strongly resembling the Portuguese architectural heritage in the New World, the town was all but destroyed during a devastating earthquake on January 1, 1980. The people got together, decided to rebuild the city, and applied for World Heritage status, which they received shortly after.
The bull-ring wasn’t rebuilt, though. Now, it’s a cultural center, and only a statue of a bull remains.