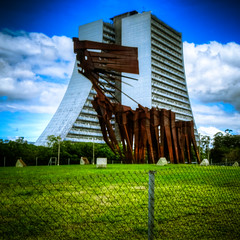 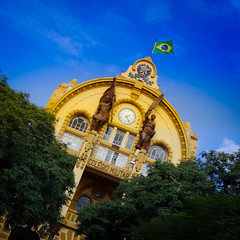 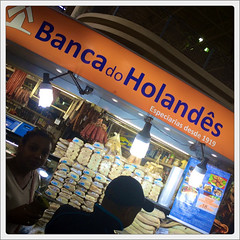 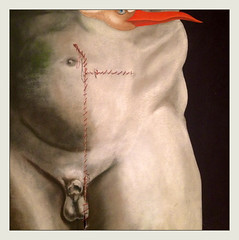 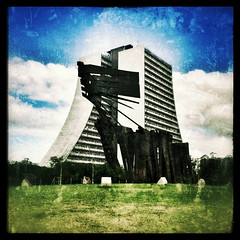 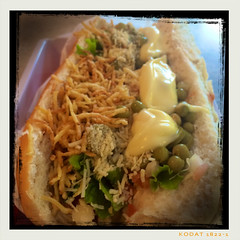 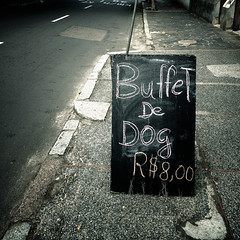 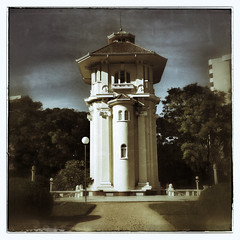 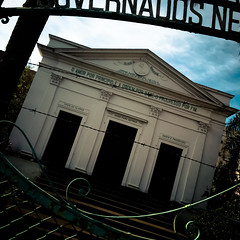 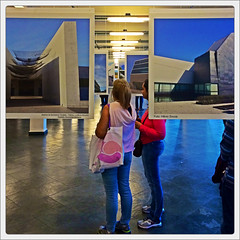 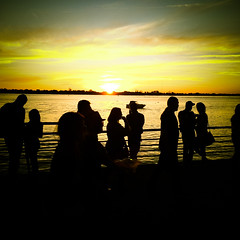 Just like in Paraguay and, apparently, in Uruguay and northern Argentina, people walk the streets with leather bound metal cups, sipping a tea-like concoction called mate with a metal straw. Here, slightly different from in Paraguay, the cups are filled to the brim with herbs, which slowly mix with the water to make the popular beverage.
It's so common, and so public, that it's like an alternative to smoking. So popular, even, that strewn around the city are hot water fountains to refill your cup or flask.

Porto Alegre itself is mildly interesting as a city, but also pleasantly mellow. The city's main museums are comparative backwaters, though the former gasworks, now a cultural center and exhibition space, hosted an awesome photography exhibition by Sebastiáo Salgado. It's been a very long time since I was this impressed with a photography exhibition. I was also lucky to catch the tale end of a large farmers market next to the largest city park. On the Saturday, it was filled with people, many sipping away at their mate.
Later on the same day, I had a 'buffet the dog'. Baffled by the Portuguese word 'dog', it turned out to be a build-your-own hot dog.

The next day, checking out a German-style windmill in a city park popular for Sunday strolls and sporty affairs, I stumbled upon a couple of Dutchmen from Brabant, promoting their locally made stroopwafels, handing them out for free. Fairly popular in Brazil already, the typical Dutch caramel cookies are sold in one of the countries major supermarket chains and are exported all over he country. Not as good as the real thing, they were pretty decent. And miles ahead of the stroopwafels from Brood, locally made in Uganda.

The province, Rio Grande De Sul, prides itself in its German-Italian heritage, like in much of southern Brazil, to the extent that there's a small movement that wants to secede from the rest of the country, taking pride in the, according to them, un-Brazilian southern efficiency.
But, indeed, the city did feel like having even more of a European feel to it than São Paulo or Curitiba, I specifically noticed the much smaller number of cafés and eateries along the city's main roads.

Porto Alegre also has something of a claim to fame. It hosts one of the only two Brazilian temples of the Religion of Humanity, a secular religion (yes, this seeming contradiction in terms exists), a rather small spiritual grouping which nevertheless had a version of their central tenet make it to the flag of Brazil, "Ordem e Progresso", "Order and Progress".
I visited the temple in Porto Alegre at a time it was supposed to be open, according to the city's tourist brochure. But, no. And, it seemed to not often open its doors at all.