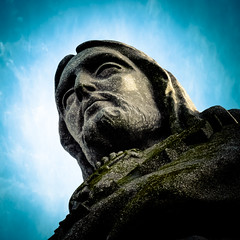 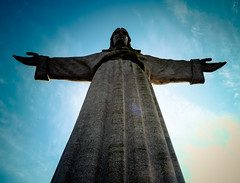 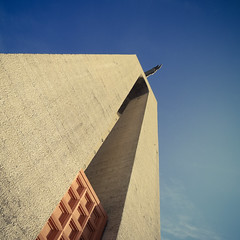 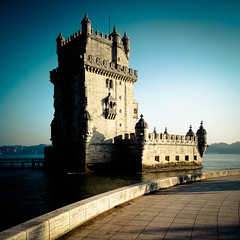 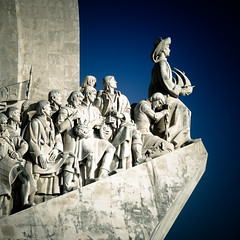 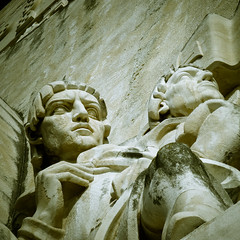 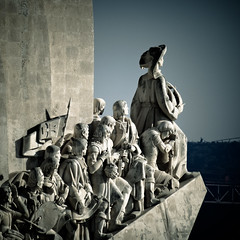 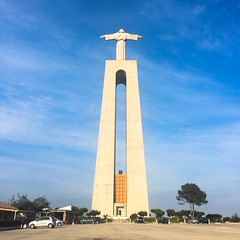 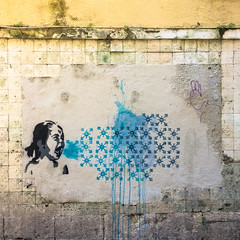 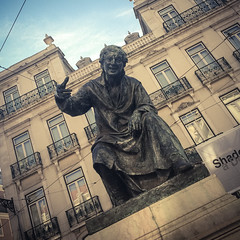 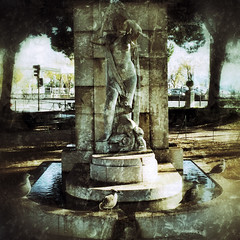 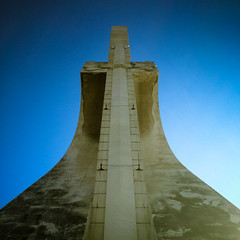 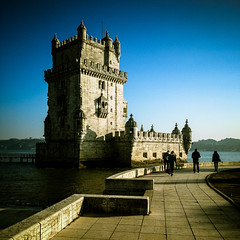 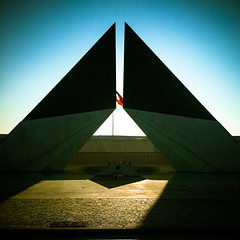 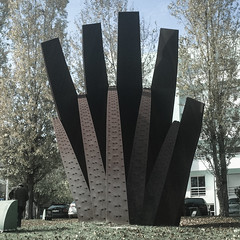 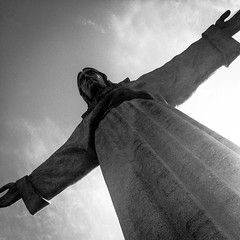 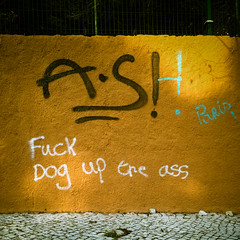 Turkey occasionally gets hit by earthquakes but having them in Istanbul is rare. Even rarer are major earthquakes anywhere else on the European continent. One of the very few exceptions is the earthquake that levelled Lisbon in 1755. Much of the city, except one suburb built on a rocky outcrop, was raised to the ground. Now, as a consequence, most of the city is no more than some 250 years old, even though the town was formally founded by Phoenicians as a trading outpost already some 3000 years ago.

The city rebounded quickly after the earthquake, because of the fabulous Brazilian riches that poured into to country. Where the Spanish were bleeding modern day Bolivia dry in Potosi, Portugal was getting its wealth from the Brazilian state of Minas Gerais, specifically the mines around Ouro Preto. Both in some of the former colonial strongholds in Brazil, as well as in Lisbon, some of the elaborately decorated catholic churches are plastered, on the inside, with gold from Brazil.

The vast amounts of money combined with the late renaissance sense of beauty quickly made Lisbon into a very pretty city, with some very impressive baroque architecture.
Like Rome, Istanbul, Kampala and others, Lisbon claims to be built on seven hills. Combined with sights, such as the Ponte 25 de Abril (the day in 1974 of the Carnation Revolution, when Portugal shook off the shekels of dictatorial yoke), which is a near carbon copy of the Golden Gate in San Francisco (and producing a constant drone from the many cars crossing), and the remnants of the Portuguese golden age, the age of discovery, make Lisbon an worthwhile place to discover. If perhaps a bit too popular, at least over the holidays.
In fact, Porto's compactness, combined with its lower profile, make that the more pleasant of the two, even if Lisbon experiences the warmest winters of all capitals on the European mainland (only Valetta is warmer).

Related:  It’s all about the openness

I had been to Lisbon before, but I wanted to visit the suburb of Belém, again. Meaning Bethlehem, the place represents the Portuguese desire to conquer the spice trade, first, and, through that, the world. Now, the two most prominent spots are the Torre de Belém and the Monument to the Discoveries. Still, on the banks of the wide river Tagus, they both feel a bit small, insufficient.
Sure, Columbus was first turned down by the Portuguese king, before sailing to the Americas in the name of the Spanish queen, but it was the Portuguese who claimed the spice trade first, as well as the Orient and with that the European discovery of much of the African coast. A feat like that, deserves a monument of, well, monumental proportions.
The marble edifice that is the Monument to the Discoveries is nice enough and simply faces the other side of the mouth of the river, as opposed to looking out at sea. Or maybe it's looking towards Africa?
The tower, a short walk away, in its gothic grandeur, is a leftover of a bygone era.

Later, walking somewhat off the beaten path in Belém, in the area around he train station from where I would head back to Lisbon, I got an inkling of how the Portuguese economy might be suffering. Downtown Lisbon and Porto are in great shape. But here, grubby streets and facades, street sellers without a stand trying to peddle bundles of socks, I was welcomed by overweight, early old people in shabby clothes. Just a coincidence, or was this Portugal outside of its main economic centers?

The Tagus river is immense, more like a huge bay with the river, where it enters the bay, not much more than a sizeable stream. So, it's perhaps not too surprising that, when Portuguese explorers found a huge bay off the coast of Brazil, they thought that was also the mouth of river, calling it the Rio de Janeiro.

In an unusual reverse role play, Lisbon copies what is the most iconic image of Rio. In the 1940s, eventually as proof of god's grace for keeping Portugal out of the Second World War, Lisbon got its own version of the towering statue of Christ the Redeemer. Here called Christ the King, it's on the other side of the bay from downtown Lisbon and stands, with huge plinth, some hundred meters tall. Visible from everywhere on the Lisbon shore, it receives very few visitors.