On the road to Mazar-e-Sharif 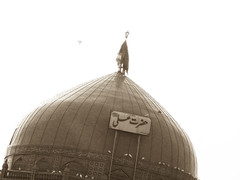 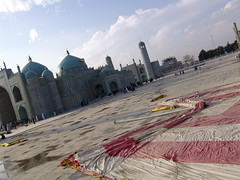 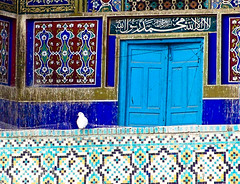 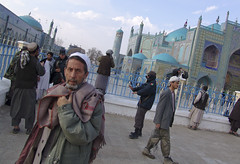 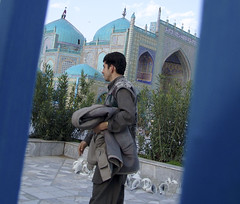 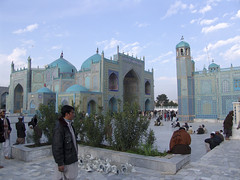 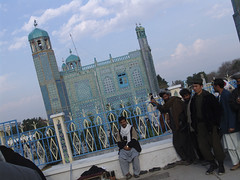 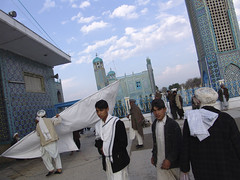 At the blue mosque 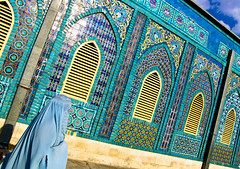 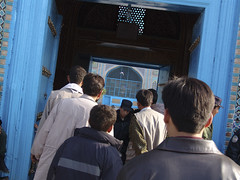 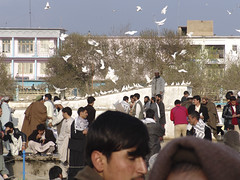 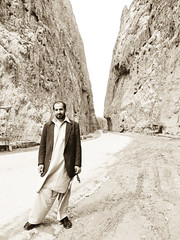 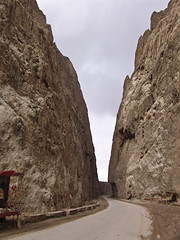 Gateway to the north 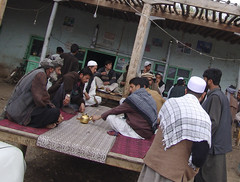 On the way to Mazar 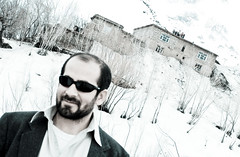 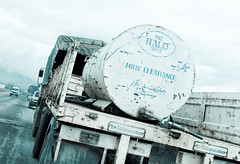 Mine clearance
World » Afghanistan » Salang pass » Near the Salang tunnel

Already shortly after I arrived here in Kabul, I decided I would go to Mazar-e-Sharif to enjoy to Iranian new year on the 21st of March. Initially, my first accomplice was Alexandra, not the worst person to join me, if only for the fact she's got a nice 4×4 with which we could drive up to Mazar.
As the new year edged closer, more and more people wanted to come along, until at some point more then 10 people were attached to the trip. However, slowly but surely, everyone dropped out, some for having too much work on their hands and others for security reasons, being told that either Mazar was too dangerous or the road to Mazar was too much of an adventure.
The last people to bow out were Lyn with her two friends,and Giovanni. It meant only Lev and I were left. In a car, with driver, we had managed to borrow from DACAAR. From more then ten, we were now down to only two.

Over the past weeks, I tried to get an idea of what the journey to Mazar would be like. To get there, the only real option if you travel by road, you have to go through the Salang pass. Built in 1964, it was the highest tunnel ever constructed. Massoud, the lion of Panshir blocked the entrance during the civil war to try and deny the Taliban access to the Panshir valley. Reopening only a couple of years ago and closed during 2003 for renovations, the tunnel supposedly is only open in one direction each day, in a vain hope to minimize accidents and block access completely.
The alternative, not using the Salang tunnel and crossing the Hindu Kush by going around it, means driving for 20 to 30 hours. From the intelligence I gathered, it seemed that if we were able to go through the Salang tunnel, we would have to expect to be driving for some 12 hours.

Related:  Top of the world

Of course, flying was something of an alternative, although a bit steep at 100 dollars per one way ticket, assuming there was room on some of the planes going north. As DACAAR staff, it's actually possible to obtain free tickets on certain flights, but only one (or two, the accounts differ) employee can get a free ticket, per flight.
When the group was down to four, it seemed pointless to try and much less fun to fly anyway.

The drive was truly fantastic. Not knowing how long it would take, we kept a steady pace with some short breaks and a half hour lunch stop. The whole trip took us eight hours. Traffic was easy and the road was more than good. Although some parts of the trip we had to do on dirt roads and although we had to cross a small river by going through it on some point where, on our way back, several regular cars got bogged down, 80 to 90 percent of the trip was done on freshly tarmacked roads past really beautiful scenery.

The Salang pass is at roughly 3500 meters, meaning that from Kabul, at around 1800 meters and after crossing through the Shomali plains, you slowly climb up the Hindu Kush and into the still snow-capped mountains, before entering the three kilometer long snake's belly. At the other end, you slowly descend from the Hindu Kush and drive through fantastic green valleys, past wildly flowing rivers, mountains all around you, until you enter the northern steppes which turn into desert before changing into Turkmenistan, Uzbekistan or Tajikistan.
Particularly during the last stretch of the trip, I was very much reminded of the Mongolian landscape and on our way back, I think I even saw a ger, or, more likely, a yurt.

Related:  Getting back all the way

The road we took, up north, was also the path the Russians took invading the country, starting in 1979. Testament to this were not only the many mine fields still littered around parts of the road, but also the many bombed out Russian shacks and the many Russian tanks, some being blast to pieces, that you can see everywhere near the road or, closer to Mazar, in the distant fields around the highway.
Another testament to the fighting were the many unused electricity and telephone poles dotting the landscape, many blast to smithereens, being caught in some perverted ballerina's pose, folded up in unlikely configurations.

Finding accommodation had been quite a struggle. Since there's no phone book for Afghanistan and since the expats who've visited Mazar and know about the hotels in that city are few and far between, it took quite a while before we made any headway.
We knew there's a UNICA guest house (in principle only for UN people) in Mazar, but how to get the number? Through Alexandra, I was forwarded to Jesper, who forwarded me to a friend, who forwarded me to the UNICA guest house in Kabul (yes, even that number was hard to get), who gave me the phone number of the manager of the UNICA in Mazar. Then we still had to get a room.
When Lev called, back then still trying to get rooms for eight people, we were told they only had two single rooms available. As a start, and at 35 dollars per day, per room, we could hardly turn them down.

Arriving in Mazar, we didn't know where the UNICA actually was and the guest house's manager was unreachable by phone. We drove down to the city center, straight to the mosque, only to find the Hotel Barat right next to it.
It made sense to check it out and, to our surprise, they still had many rooms available. We considered staying there, but wanted to try and get into the UNICA first, considering the rather expensive 50 bucks per room at the Barat only as a last resort.
Azif, our driver, managed to call up some friends and with their help we managed to get to the UNICA guest house. A fifteen minute walk from the mosque, but a beautiful country house with huge rooms, a grand garden, a nice bar and fantastic food. What was more, we got one room for the three of us, with three double beds, at the earlier mentioned 35 bucks per night. The choice was simple. And the fact that we weren't UN also didn't seem to bother anyone.
The guest house appeared to be nearly, but not completely, full, mostly with travelers like ourselves, one party of which consisted of some 12 Frenchies, two of which had also been at the previous day's Hash.

After a great dinner, some nice Bacardis and chats with the other guests, we slept like babies, not even disturbed by the snoring champion in our room.
And in the morning, hot running water and real showers. A dream.