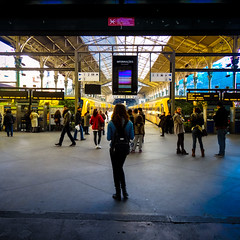 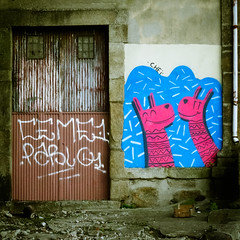 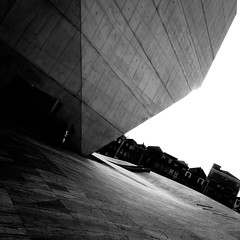 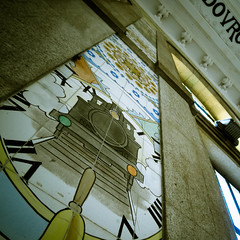 The train is leaving 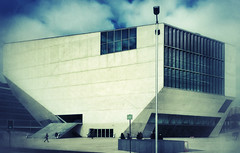 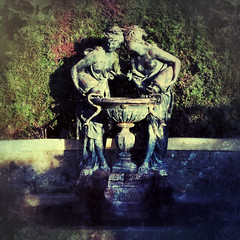 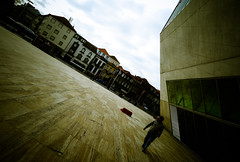 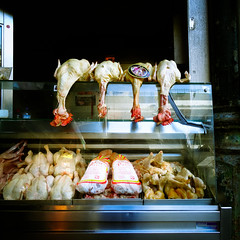 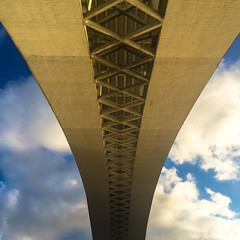 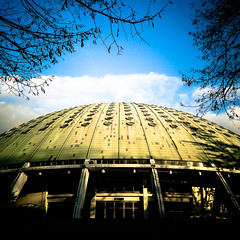 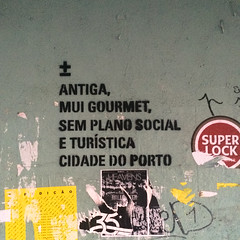 It’s easy to forget that as little as 40 years ago, several Southern European countries, including Spain and Portugal, were still suffering from military dictatorships. Holding on to its colonies for significantly longer than the Brits and French, the Portuguese let go of its lands in Africa when military control of the country faded, only in 1974.
The Museum of Serralves had an exhibition on SAAL, the collectives of architects and citizens building dozens of suburbs directly after the dictatorship. With the people, instead of just for the people. It’s fascinating to see how much of the imagery, both the activist posters and the many photos which documented the movement, which wanted to replace the slums, essentially European favelas, with proper housing, resemble the imagery of the anti-dictatorship movement in South America, which happened roughly at the same time. Brazil, for one, replacing its dictatorial rule with a civilian a good decade later.
Or is it that all demonstrations, in the 1970s/80s look alike and here it’s just an ethnic similarity which struck me?

On my meanderings through Porto, I was pleasantly surprised at how affordable Portugal is. Cheaper than São Paulo, for one, while, with both Porto and Lisbon being much more compact, the culinary variety is much easier to take in.

One local dish is the Francesinha, based on the French croque-monsieur. It dates from the 1960s, when a native of Porto returned to his city after having spent some time in France and Belgium, from where he brought back the idea of the toasty, adapting it to local tastes, by adding more meat and a spicy sauce on top.
This happened at the time the French started visiting Portugal as tourists. The French girls, baking on the beaches of Portugal, showed more skin than the more conservative Portuguese women did. So the dish, naturally perhaps, became associated with the French girls, both being hot and spicy; ‘Francesinha’ means ‘little French girl’.
The quality and style of the francesinha varies a lot from place to place. I asked around for a good recommendation.

Another local favorite is tripe. This dates back to the 15th century, when the Portuguese fleet that was to conquer Ceuta in North Africa in 1415, left from Porto, taking all the meat provisions from the region with them, leaving those that stayed behind only tripe to eat.
Tripe is so much associated with Porto that the Portuguese call those from Porto tripeiros, tripe peoples. I’m not a fan.

From the greater region also comes feijoada à transmontana, a bean stew somewhat similar to the archetypical Brazilian dish feijoada. I was under the impression (as are Brazilians) that the Brazilian feijoada originated with African slaves, introducing West African cuisine to South America. The Portuguese disagree.
It’s of course possible some type of reverse osmosis occurred, from Africa to South America to Portugal. Or feijoada is simply the printing press of culinary feats.

Many of the names of the popular brands of port are foreign, primarily English, with a few Dutch exceptions. This dates back to the end of the 17th century. Port became very popular in England after 1703, when merchants were permitted to import it at a low duty, while war with France deprived English wine drinkers of French wine. Earlier, in 1678, a Liverpool wine merchant had sent two of his men to a region north of Porto, to learn the wine trade. But, while on a vacation in the Douro, the region where all Port comes from, the two men visited an abbot who so impressed them with the wine he served them, the men bought the abbot’s complete supply, triggering a prolonged English interest in port.

Several of the port houses give reasonably priced tours, which include port tastings. The portions are small, but the quality is good.