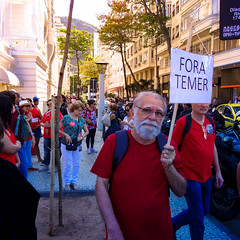 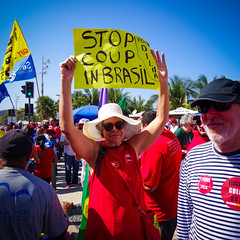 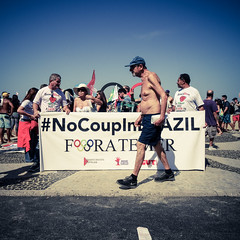 No coup in Brazil 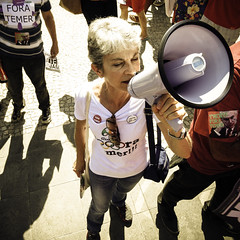 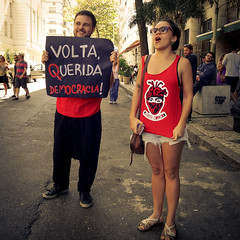 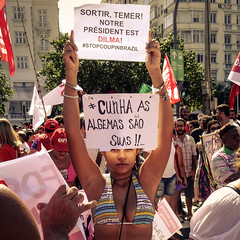 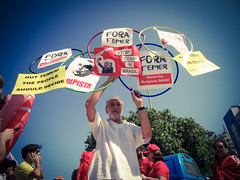 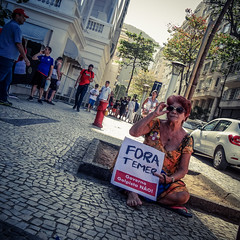 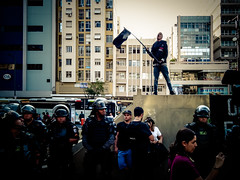 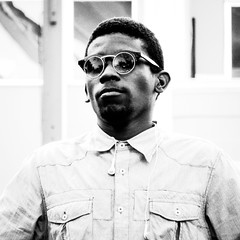 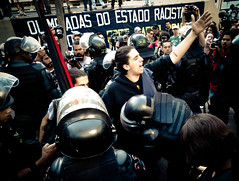 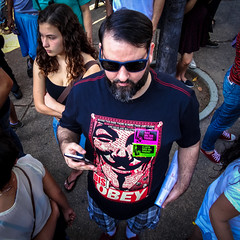 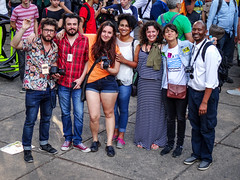 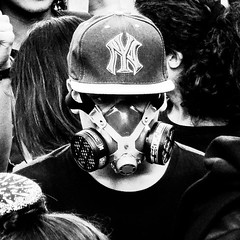 I've got a mask 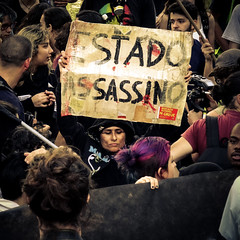 A meme that’s doing the rounds is to call this year’s summer olympics in Rio the ‘games of exclusion’, or ‘jogos da exclusao’. This, because of the families that were removed from what became the venues for both the Olympic Games and the 2014 World Cup.
Together with Agencia Publica, I worked on a project collecting 100 stories of displaced families. If anything, the world seems much more aware, now, of the darker underbelly of mega sports events, though with Rio’s actions not being different, perhaps even better, than what happened in South Africa for the 2010 World Cup.

Even, the Olympic organizers tried to make a point of keeping tickets available for Brazilians at low prices. Expensive tickets do exist, but it’s still possible, now, to buy discounted tickets, basically for students, teachers and the elderly, for as little as 20 Reais, currently about 6 euros, while regular priced tickets start at 40 Reais.

Yet, other types of exclusion also applied. Were the Russians going to be allowed to participate or not? Were tourists actually going to come or not, out of fear of contracting zika? But, thank Niantic and Nintendo, only two days before the opening of the games, for releasing Pokemon Go in Brazil. At least now the athletes don’t have to worry bout being excluded from playing this location-based game on and around what probably is the most beautiful city beach in the world. (Also, if you’re interested in an alternative location-based game, try Kompl.)

The opening ceremony of the games, though no match for Beijing’s in 2008, was received well. Performed at the Maracana stadium, just hours before, one of two of the day’s demonstrations went on only a few blocks away. Here, the atmosphere was somewhat tense, but turnout was low, where it felt that as much as half the participants were accredited media.
The second demonstration happened earlier, on Copacabana. Where the Maracana demonstration was against the Olympics, the Copacabana one was against Temer, Brazil’s acting president, and the coup-through-legal-means he and his staged earlier this year. The Intercept put turnout at 15000, but I thought it noticeably less. But, here, the crowd was mellow, and included a bunch of trade union representatives who, in a way, combined a day at the beach with a passionate denouncing of the president and his actions.
If you’re on the fence as to whether Temer deserves the negative criticism, be aware that he has been barred from running for public office for eight years, for violating campaign finance laws. However, he was not barred from holding public office, with the presidency being handed to him to due Dilma’s dismissal.

Related:  The capital of Dutch Brazil

At the opening ceremony, Temer was one of the bigwigs speaking to the crowds. They should have used the same anti-booing technology used at Eurovision, as an easily noticeable vocal dislike erupted from the stands for the duration of his speech.