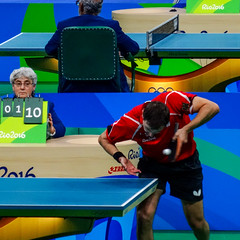 Upon close inspection, Hans realised he dislocated his shoulder 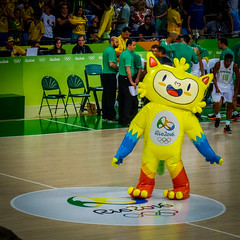 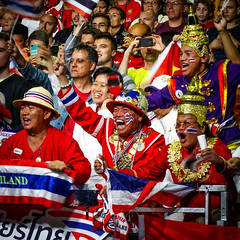 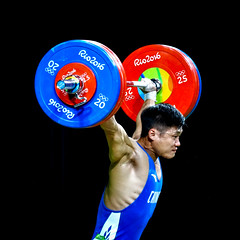 Pass me the sugar, will you? 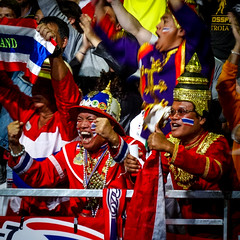 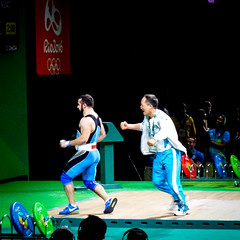 Why is this man chasing me? 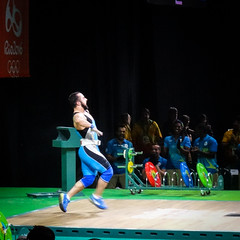 The hills are alive with the sound of music 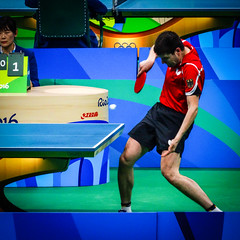 'cause this is thriller 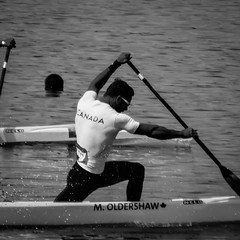 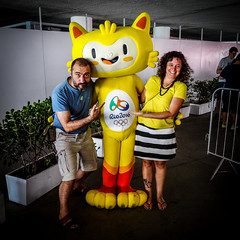 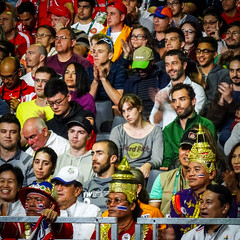 I'm enjoying myself so much 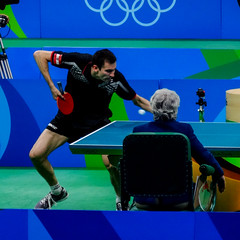 Let me show you the dance of my people 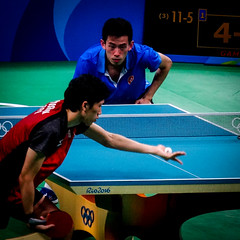 Notwithstanding the doomsayers, the Rio Olympics were quite a success.

Yes, they were way over budget, but Quebec only paid off its Olympic debt 30 years after they hosted the Olympic Summer Games in 1976.
Stranger, the head of the IOC claimed that no public funds were used to host the games, which is the kind of bending the truth that breaks it. Or it’s just clever book keeping, as money needed to come in from all sides; The state of Rio was bailed out for almost a billion USD just a few weeks before the Olympics, the Brazilian government ponied up a billion for security during the Olympics, though technically as a loan. And money that was supposed to be used for the Paralympics was used for the main games.

Only one Olympian died. Or rather, one Olympian coach, and that was in a car crash. A few had stuff stolen, but the highest profile case turned out to be a fabrication, after gold medallist Lochte spent a drunk night on the town.
Reviled as an example of white privilege, perhaps the more poignant response was of the Brazilian police, indicting the swimmer, pulling two other swimmers of an airplane as they were leaving the country and barring the two others from leaving the country.
Then, one of the swimmers paid close to 11000 USD, either for ‘restitution’, or to a ‘charity’. The BBC has the lawyer of Feigen, who paid, quoted as saying that “the 35000 Reais will be paid to an ‘institute'”, which, to me, sounds much more like ‘white privilege’ than anything else in this story.

Zika fears were completely overblown, with Slate’s prediction of 100 cases not even close to reality. Similarly, fears of the consequences of polluted water have been unfounded.

Though only a fraction of the Paralympics tickets have been sold, some 82% of the seats at the Summer Games were filled, though some photos of empty stadiums strongly suggest otherwise. Less than London’s 97%, but similar to Sydney’s and more than Athens’.
But, importantly, tickets started at 40 Reais, some 11 euros. Similar to then cost of a cinema ticket.

Rio now has a third, very long, but only with a few stops, metro line, almost mysteriously called Line 4. Line 3, planned for Niteroi, across the bay, has been expected for a while, but is yet to materialise.
Line 4 was, and until the end of the Paralympics, is, only open to Olympic ticket holders, who still have to pay dearly to access the speedy connection to the Olympic Park.

Crime didn’t suddenly disappear. Though some Cariocas feel that the city was safer during the games, the numbers suggest that there was actually more violence in Rio during the games.

A bunch of families were thrown out of their houses, though I feel that, after South Africa mostly got away with it in 2010, and Brazil thought they could in 2014, word has gotten out, meaning that the sizeable coverage on displacements is justified, but perhaps reporting on something that is not as bad as it’s been with previous and similar events.

Rio has always been popular with foreigners. No one visits Sao Paulo, everyone goes to Rio. During the games, it was just a tad worse.

We attended four events.
An early game of basketball between Brazil and Lithuania, with an unpleasant amount of booing from the Brazilian fans, but a rather spectacular game, where Lithuania beat the Brazilians to pulp in the first half, only for Brazil to almost win the game during the second half.
Then there was a weightlifting final, where we saw two world records being broken, and the Armenian champion dislocate his elbow, which looked much, much worse, than it seems to have been.

This was followed up by a very entertaining table tennis quarter finals.

We closed with some rather dull kayaking and canoeing. Here, as a spectator, you only have a good view of a very narrow band of the ‘track’, in our case the area around the 200m mark, for some of the heats the starting position of the participants.
But, then, to see who’s ahead when they’re not right in front of you, requires checking out the large screen, which you just as easily can do at home.

We also attended the legendary Holland Heineken House. Which was a thorough disappointment. Painfully expensive, in an upper-middle-class suburb of Rio, both the suburb and the House a nest of upper-class privilege.
But, we did get to see Douwe Bob, live, the Dutch singer at this year’s Eurovision.