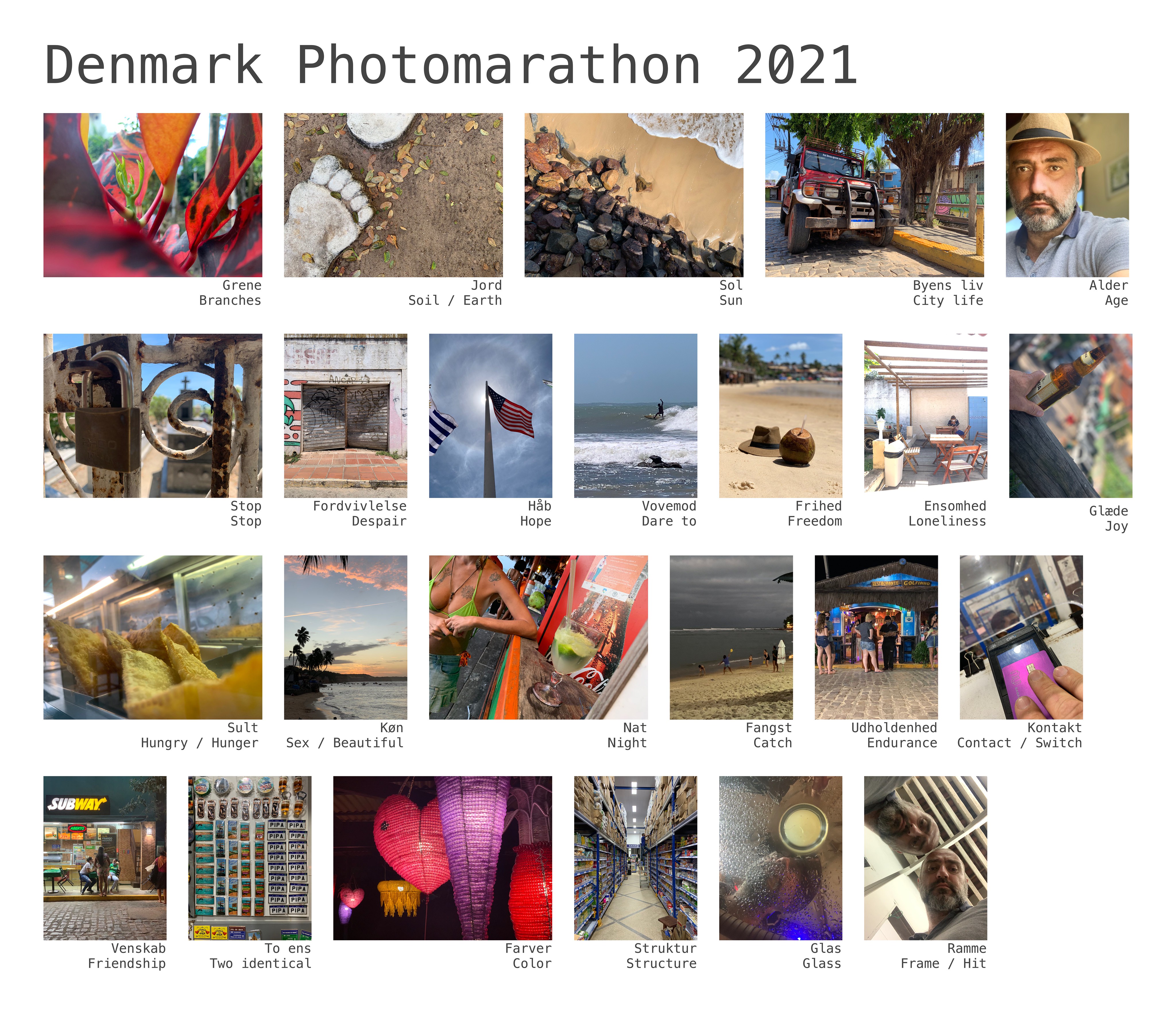 The general consensus is that Madrid hosted the first photomarathon, back in 1985 (here’s a poster of the second photomarathon in 1986), but Denmark soon followed, in 1989, hosting a photomarathon every year, since.

Last year, I participated, remotely, in the Denmark photomarathon, doing it remotely being a forced requirement because of COVID, though it also meant everyone, anywhere, could participate. But, though I was never notified of this, my submissions were probably disqualified, as, this year, I somewhat accidentally stumbled on the entry requirements, which stipulate limitations I had not considered.

The team behind the Denmark photomarathon could improve their communication plan somewhat, for example by notifying registrants by email, including explaining, oh, say, the rules, but, either way, the essential requirement is that all manipulation of submitted images can only happen ‘pre-click’. That is, anything you want to manipulate, you have to manipulate before recording your image.
So, no post-processing.

This is a nice requirement, as it somewhat captures the idea of shooting analogue, with what you capture with the camera being your actual submission.
On the other hand, since the days of analogue, image manipulation has so become a part of how we consume media, now pretty much exclusively digital, that this is a throwback to different times, and perhaps even anachronistic.

Last year, I post-processed all my submissions, and cropped them to square. This year, I made no adjustments ‘post-click’, and also avoided cropping, all photos being required to be rectangular (which is a tad odd, because even when shooting analog, depending on your camera, you might be shooting in a square format).

Related:  Past visions of the future

What was great about the event, participating in the 24 hour photomarathon, was that, although photomarathons have been held regularly over the last few decades, almost none, if any, host 24 hour events, most max out at 12, with some, like the Canon-sponsored ones in East Asia, at some point only required participants to shoot… three photos.

I shot mine in a time frame of about 15 hours. I woke up at 6:30, with the event having started at 5am (10am in Denmark), and shot my last photo at around 9. Possible, because the final 12 themes were all communicated in one batch.

And, I purposely had scheduled my being in Praia da Pipa, a popular beach resort, some 80km from Natal, the capital of Rio Grande do Norte, in Brazil.

My photo for ‘Endurance’ was picked as the ‘topic winner’.