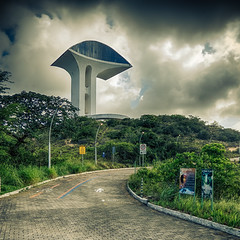 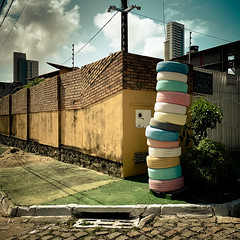 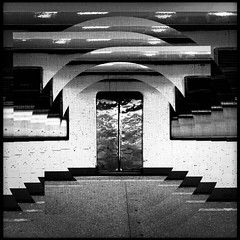 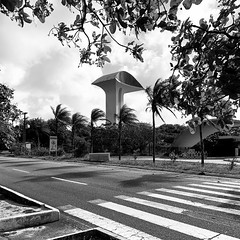 The eye in the sky 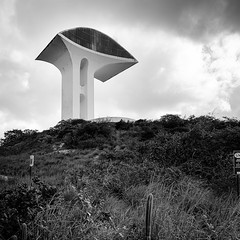 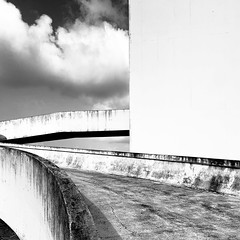 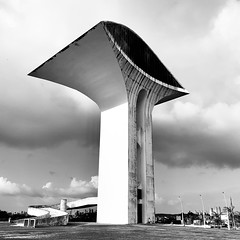 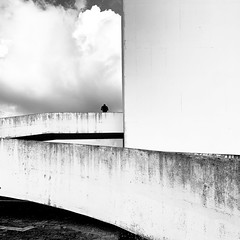 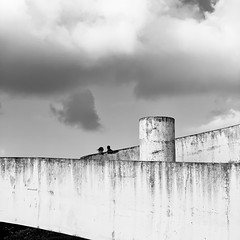 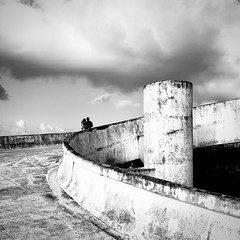 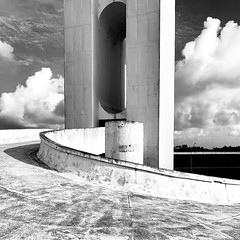 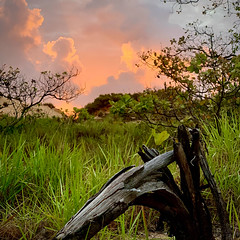 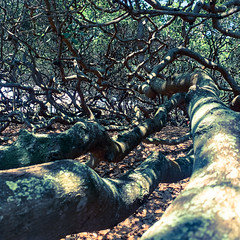 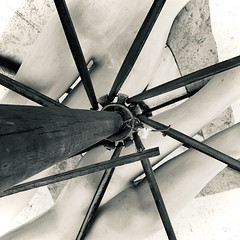 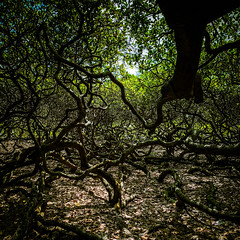 The largest cashew tree in the world 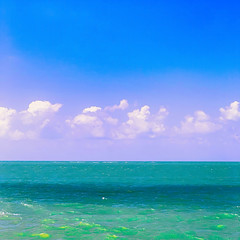 Clouds in the distance 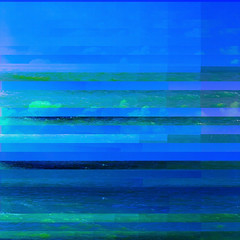 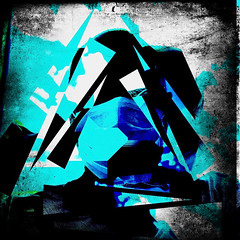 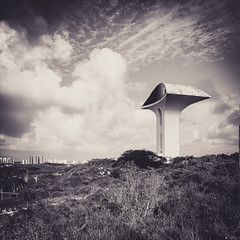 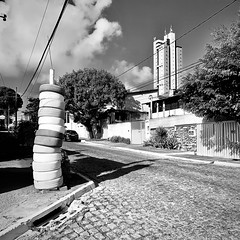 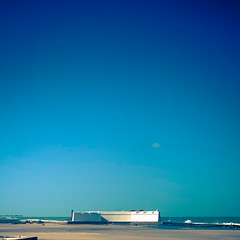 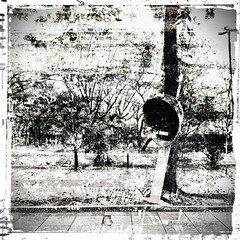 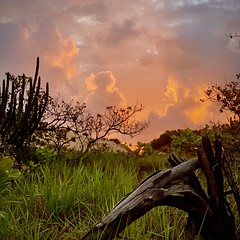 An important crop in the north of Brazil is cashew.
And, perhaps not so surprising that these things are being tracked, but the largest cashew tree in the world is a known entity, and it’s just a few kilometres from the center of Natal.

This sprawling tree has a circumference of some 500 metres and occupies an area of 7,300 square meters, making it 70 times the size of an average cashew trees. The reason for its sprawl is a genetic mutation; the branches of this tree grow outwards rather than upwards.

Between Ponta Negra, the tourist hotspot of Natal, and the largest cashew tree on the world, there’s a military base that’s occasionally used for rocket launches. Close to the equator, it’s a good spot for jettisoning something into geostationary orbit. But, the entrance area is sedate, the reception building shut down. A few small rockets, and some military equipment, are littered around the parking lot, as a show of intent, perhaps.

The last 20 minutes of the 15km bike ride, on a continuously more and more wobbly bike I had rented from a nearby hostel, I had seen the clouds and drizzle make way for equatorial sunshine. Arriving at the tree, I first enjoyed a fresh coconut, then what is perhaps my favourite juice, cashew (the fruit, or, technically, the pseudo fruit) with milk… made from a packet of processed pulp, with the largest cashew tree in the world within view.
If trees could cry, this one probably would do so regularly.

As unique as the tree is, as limited appears it appeal; the site closes for lunch, early. I arrived five minutes before noon, but the lady at the ticket office had already bolted for her break.

What I find the funniest of this: the cashew tree is circumscribed by a fence. But, on two sides, including the side you approach the tree on, when coming from Natal, the tree has grown onto the road, taking up literally half of the road itself, along its full perimeter.

In true Brazilian laissez faire style, no one seems to mind; if this is what the tree wants, it should be allowed to do its thing.

On a third side, the municipality built a large overhang, to prevent the tree from spilling onto this road, too. However, in various parts, the tree is now crawling over the overhang, starting to reach down for the road below.

There’s more nature to be had in the city.
After my return from Pipa, I was staying in the very touristy part of the city, but managed to stay away from the crowded beaches.

But, there’s more; Natal has two prominent city parks. The first is on the shore, and preserves the city‘s characteristic dunes.

The second is a bit inland, and combines the dunes with ‘Atlantic forest’.

This one also contains a significant piece by architect Oscar Niemeyer.
Built in 2008, the year of his 100th birthday, it’s a 45m tall viewpoint, resembling a large single eye on a pillar.

After the viewpoint was made accessible to the public for several months, it closed in 2009, supposedly due to financial problems, not to open again.

There seems to be a bit of trope, that Niemeyer’s work suffers from a history of not being used to its full potential. For one, Niemeyer‘a ‘Estação Ciência’ in João Pessoa also was not accessible on a recent visit, and when you take a close look at many of his buildings in Brasilia, often they seem in need of some tender lovin’.

But, much of Niemeyer’s work is awfully photogenic.

I entered the park and started taking pictures, and was quickly approached by security; was I taking pictures for myself, or in a commercial context?

Then, minutes later, as I stepped off the trail to get a particularly good angle, I was approached again; I could not stray from the path, supposedly for the many cobras hiding in the vegetation.