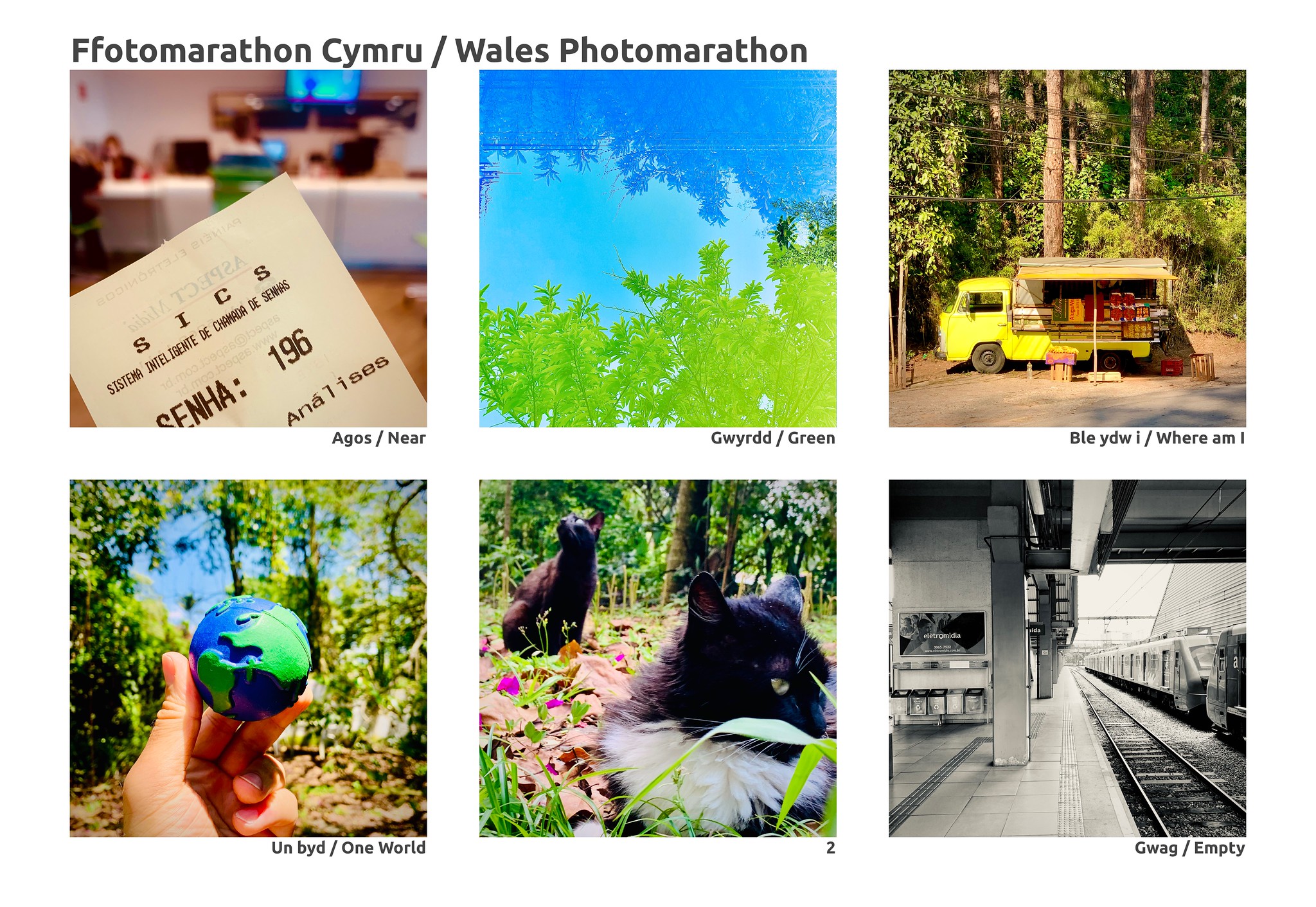 I blame, or should I say ‘thank’, COVID; people crave social outdoors activities, but congregating still is a problem. So, not only does it seem more photomarathons are being scheduled, they are also more often ‘online’.

Not so the Wales Photomarathon. Virtual, and only six hours. And although this was scheduled for the day I was flying to Europe from Brazil, as I had to get up early to get myself a COVID test in order to be allowed to fly, I figured I’d have enough time on my hands anyway.

The rules were a bit fungible; it was not explicitly stipulated that photos had to be shot in sequence, and no mention was made of whether image manipulation was allowed.
I shot the images in sequence, which I believe is paramount for participating in a photomarathon. But, realities as they are, I did touch up the images I shot; I cropped them, rotated a few a bit, and adjusted some colors. One of them, quite obviously, I threw through a somewhat bigger wrangler.

Turnaround was amazingly quick. Just four days later, winners were announced and all submissions were made available through a group exhibition at the National Library of Wales. (Where, it seems, they switched my submissions for themes 2 and 3, but, hey.)

Related:  And with a dash of Luanda
This text is available under a cc-nc-a license.