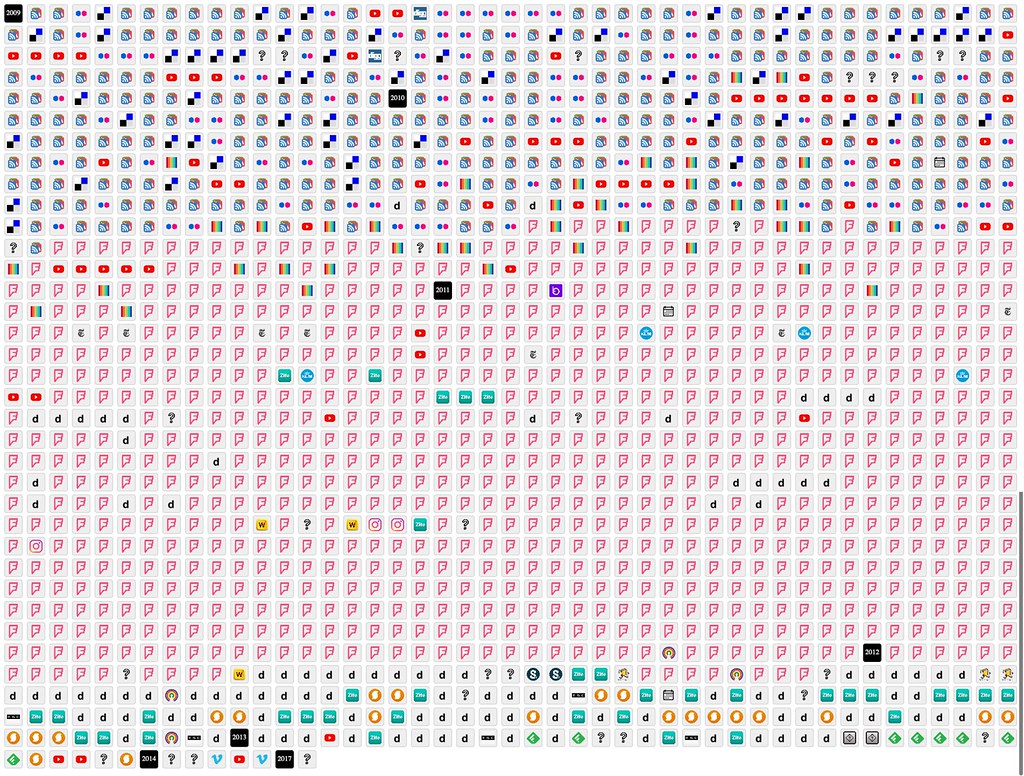 I’ve been eyeing leaving Facebook for a long time. A challenge if you also use Facebook professionally. That is, if you are involved in the managing of Facebook pages that represent businesses.

But, early October, I decided that enough was enough. I announced I would try and get my Facebook profile to ‘go dark’, while, at least for the time being, keeping my Facebook page alive, while still able to access other pages I manage.

First, some good news. A while ago (years?) I had downloaded the data Facebook had on me, and was not overly impressed, nor shocked, for that matter. Now, the same process also allowed for transferring some of your data to other services, including Google Photos, Dropbox, Blogger, and others.

The copy of my data which I requested, of all my data, told me this was going to be all data between January 1, 2004, and October 7, 2021. It arrived just a few days later, surprisingly small, at some 250MB.
While waiting, I deleted all pending friend requests and removed all ‘people I may know’. The latter, as a list of suggestions, keeps coming back, but either process was easy.

Then, I went and unfollowed all my friends. This was trickier, as the list of friends Facebook now presents you with, requires you to click on a menu for each friend, where there is an ‘unfollow’ button. But, there’s a Chrome extension that is your friend for this. You might want to get it while it’s there.

This process was a bit glitchy. Some friends and pages required multiple removals.

I then left all groups I could not join as a page.

I locked down my profile and posts to friends-only. This seemed to not fully work, as I still received a friend request after having done so.

Now, my feed was quiet, but not empty. A few groups needed to be left a few times extra, a few ads showed up, and, oddly, a few posts notifying me that some people had posted on other people’s posts, neither of whom I was now following. And, after a note saying “You’re All Caught Up For Now”, a bunch of regular posts by friends, which I suspect was some caching artefact.
On mobile, my feed was already completely empty. Such bliss!

A few interesting (enough) takeaways from my data download:

I then wanted to delete all my personal Facebook posts. Facebook has a page where you can manage your posts, but bulk deletes were not available to me, only the ability to delete posts one at-a-time. Besides that, pages that provide Facebook users to manage their content are awfully buggy, regularly not working for me at all.

Then, I discovered this plugin, which helps you to delete your stuff. But, it doesn’t work. There’s another one, which is a bit glitchy, though at least in part Facebook is to blame for that, but, mostly, works. But, is not free. I paid the 5 USD.
Seeing it work, simulating human interaction in the browser to circumvent Facebook’s restrictions on bulk-deleting content, removing my 10000+ posts, was awfully satisfying.
Well. I did so in short batches, interspersed with glitches.
All in all, it took a few days of background processing, regularly restarting the deletion process, to trash all posts to my personal profile. And, eventually, I found the sweet spot at slowing down the automation by a factor of 2.5, to minimise Facebook hiccupping on the deletes.

This process also showed that, on the face of it, Facebook does not include all my Facebook posts in my export; According to the plugin deleting my posts for me, just in 2013 it deleted over 10000 of my posts. With, according to my Facebook export, my having posted a total of some 12000 times, one of the two can not be correct.

A week, or so, after I thought I had removed all my posts, some that had been deleted returned, showing that Facebook’s tools for deleting your own content are not only buggy, but also unreliable, first reporting success, then proving failure.
Caching and synchronising can do funky stuff to your data, but Facebook is not a one-man operation. They should do better. (Then again, no one doubts that latter statement.)

I then went on to remove all my comments. These were not part of my Facebook export. This was process was slow, and, often, individual comments needed to be removed multiple times before they were actually removed.

Being tagged in other people’s posts and comments is not something you can delete. But, you can hide this. There appears to exist no automation for this. I gave up on trying to achieve this.

I can apparently delete my posts on other’s timelines, but also other’s posts on my timeline. This probably explains why neither were in my Facebook export. It also means ownership of these kinds of posts is not obvious; it seems both parties can remove this content, while Facebook does not consider either the owner.

Next was unfriending everyone.

Facebook also makes this a painfully slow process.
There are a few plugins that claim to be able to automate this, but I didn’t consider them trustworthy enough. So, I spend an hour or two unfriending my 1500, or so, friends.

In the process, I found that an estimated 3-5% of my friends had, at some point, deleted their own Facebook profile, with a few more who had clearly just stopped using the platform altogether.
Those that have blocked me, even if I never unfriended them, do not show up in this list.

Early in the year, I was asked to participate in a paid Facebook user study. Specifically, I was interviewed to discuss potential upcoming functionality changes and possibilities for changes to the UI, related to event promotion. I had to sign an NDA, so, my lips are (somewhat) sealed.

Then, the payment was made available through an online platform that is exactly designed for these kinds of things, giving you credit, then allowing you to redeem the credit for gift cards. I’ve gone through this in the past, and this is really just an annoyance, as typically you can only redeem your credit at a limited number of retailers, in a limited number of jurisdictions.

I suspect this is designed to avoid taxation in one way or the other.

Surprisingly, this one seemed a bit better, as, besides transferring my balance to a bunch of charities, I could also redeem my balance in virtual Visa cards.

But, exchanging my balance for virtual Visa cards meant the Visa card was issued on yet another platform.
When I had jumped through those hoops, I was told that “This card can be used everywhere Visa® debit cards are accepted.” A seemingly positive note.

So, I went and added this balance to my Apple App Store credit. Only to be told that “The payment card you entered is not valid in Netherlands”. Another annoyance.

I figured that, as I was expecting to move to the US, I’d wait and use the money over there. This would be a somewhat tight fit, as the validity of these virtual Visa cards was only 6 months, expiring shortly after I was set to arrive.
Yet another annoyance.

I didn’t move to the US, but Natalia did. So, I used the virtual card to order goods off Amazon and have them sent to her address. To discover that, with the limited value of these cards, Amazon has no way to max them out, then charge more through a separate payment method, meaning that the only way to redeem these on Amazon (and, presumably, other platforms), is to order something that costs less than the value of these virtual cards, and give up on the remainder. Yet another annoyance.