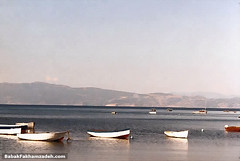 Not totally unlike Portugal or Spain 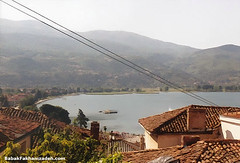 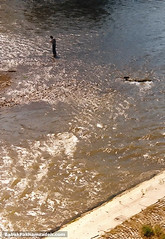 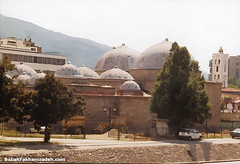 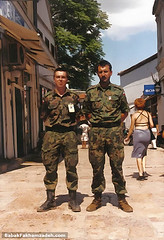 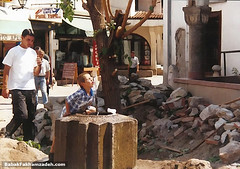 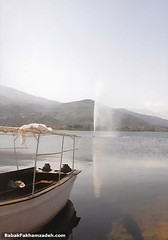 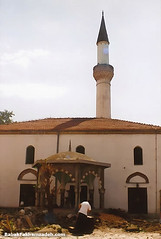 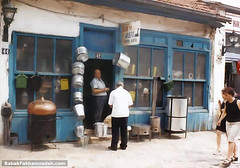 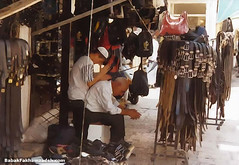 A leather salesman getting a neckrub 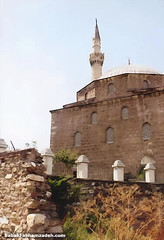 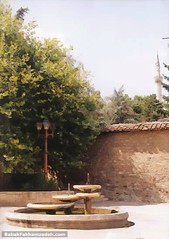 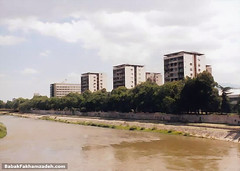 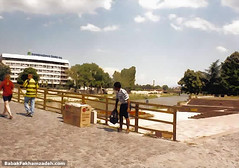 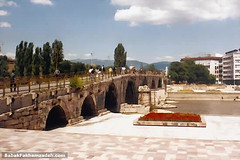 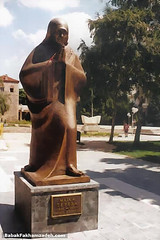 It is Mother Theresa 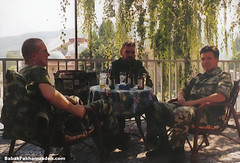 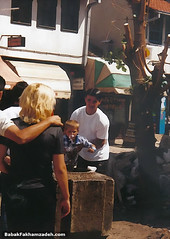 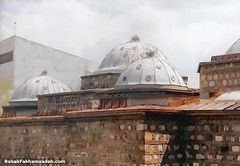 Sofia's international bus station, very small and outside the city center, was easy to find. On the bus to Skopje, there were a bunch of locals, two Germans and three UN soldiers.

Two of the soldiers, Meredith and Sconny, only started two months ago in Kosovo. The third, stationed in Pristina, was already on his fourth tour for the UN. His attitude screamed experience: "A piece of ass and a shot of whiskey and I was asleep by 10 o'clock yesterday". All three guys got the same salary. A cool 16000DM a month. Yes, that IS what they receive on their bank account and it IS tax money.

Sconny couldn't stop talking. About Kosovo, about his Cajun cooking, his home state of Louisiana ("If you cook it, we'll eat it, and if it's not cooked, we'll probably eat it as well"). In Kosovo, just like what had happened last year, it would be likely for them to have no electricity during winter, the toilets even freezing over.

None of the local women there, threatened by their family, are allowed to talk to UN soldiers. When spoken to, they hang their head down and walk on.

The UN requires that all nationalities have the same relative amount of people for the different jobs within the UN. The result being, in this case, that people from India and the Dominican Republic are running part of the show. In the offices where Sconny worked, they haven't had phones or transportation for three weeks now. The 16 guys coming from Ivory Coast were selected for their English skills, not their military skills.

Before going on this UN mission, Sconny used to be a police officer in the States. He told me about a white South African he had had in his jail. The guy, looking like Jean Claude van Damme, but much bigger, was doing air kicks, stretches, splits, the whole thing, each and every day. The man was wanted in South Africa for multiple killings of blacks, but to avoid being hanged, he had escaped to the States. He was about to be extradited, but he had already promised to kill, if necessary, to avoid going back…

Meanwhile, the older UN guy had scored one of the women. And she didn't even speak any English! If you're wandering, he spoke only English.

Also on the bus were two Germans. They boarded in Pernik and were going to Macedonia. No real plan, they were considering stopping in Skopje, Ohrid, Albania and Italy. One of them spoke Russian and talked with one of the babushkas on the bus. She owned a guest house in Ohrid and convinced the Germans to go directly on to Ohrid. She even invited me, but I wanted to see a little bit of Skopje first, before moving on. It meant arriving in Ohrid very late, something I don't really like, also because Ohrid is a major holiday hotspot and I was afraid I wouldn't be able to get a place to stay if I would arrive near the end of the day.

The seven hour bus ride from Sofia to Skopje made me really want to stretch my legs. Still I also wanted to move on to Ohrid on the same day, which turned out to be another three and a half hours by bus. Luckily, the two hours I had for strolling through Skopje turned out to be enough to see the town.

Not only isn't Skopje a very interesting city, I also didn't really like the locals. Although the very center of the city is nice, very much resembling an Arabic suq (market), you really can't spend much more than a couple of hours there. The people had Turkic features, and seemingly were constantly on the lookout for a thingamajig to sell. In addition, Skopje was filled with UN.

When, in Skopje's tourist office, I asked where I could find a public toilet, one of the girls looked kind of funnily at me: "There is only one public toilet in Skopje. But you could also act according to ancient Macedonian custom and find a place where no one sees you." Not wanting to break tradition, I did as the Macedonians do.

The trip to Ohrid wasn't great. Although the bus was twice as young as on my previous trip, it being filled to the bring with youngsters making heaps of noise.

Since I was a bit insecure as to whether I would have a place to stay for the night in Ohrid, I tried to make a bit of contact with some of the youngsters on the bus. I had already noticed that the Turkic roots of the Macedonians didn't really help in creating lovely girls. Therefore, I was surprised by three girls on the bus who were rather gorgeous. Although, as it turned out, they didn't speak any language I spoke, I learned they were Yugoslavian. That explained their beauty. Meanwhile, though, I was still without a bed for the night.

Luckily, when arriving at the Ohrid bus station, I was jumped at by some 10 babushkas, all trying to sell me a room for around 10DM a night. Happily surprised, I went for the babushka that went down to 8DM. Since her apartment was in the center of town, overlooking the really beautiful lake, I didn't make a fuss when she eventually asked for 5$, which is even more than the 10DM she started with!

Granny's lodging had two other guests, Marion and Angel. Both guys spoke quite a bit of English, their main subjects being female genitals and behinds, although they also managed a couple of Dutch words, 'lekker kontje'. The two were very friendly, though, and had come to Ohrid to make some money, cutting profiles out of paper and painting 15-day tattoos on peoples arms, legs and most probably those private parts too.

The two were a bit of a surprise in that they were clearly not focused on scamming me, the rich tourist, out of my money. Both were sincere and just two kids trying to have some fun and making some money on the side. Their enterprise mindedness, as specially considering the environment they and their parents had lived in for so long (they came from Yugoslavia), was refreshing. We talked for most of the evening and when I mentioned that I was going to meet my girlfriend in Rome in a couple of days and that she was going to fly over from Rotterdam for the occasion, Angel said that she really had to love me a lot if she would come to Rome for me.
I really hope she does.