Looking down into the Bamyan valley 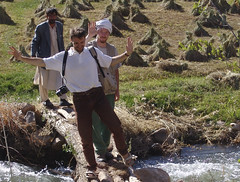 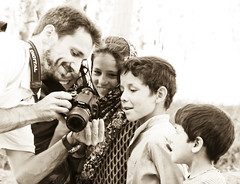 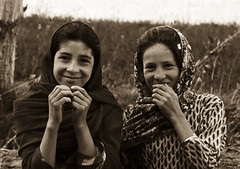 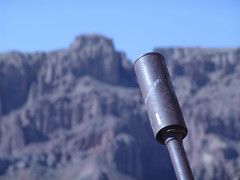 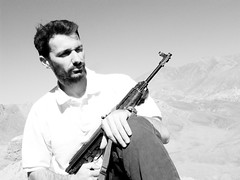 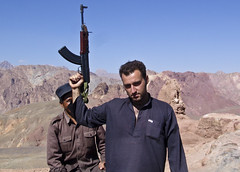 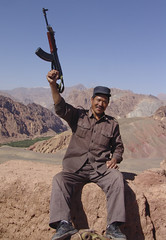 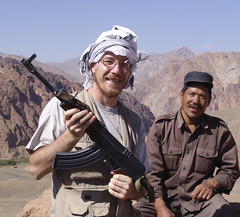 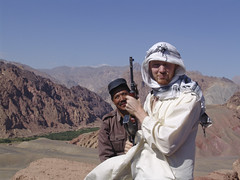 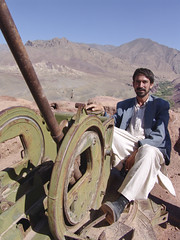 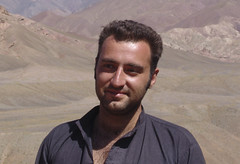 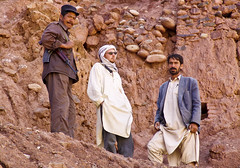 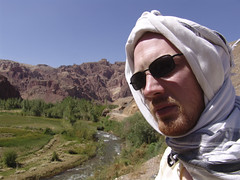 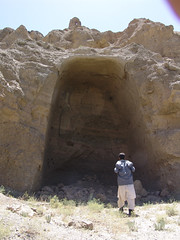 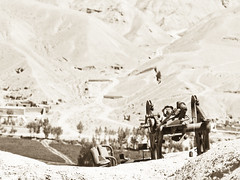 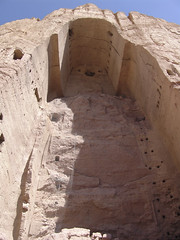 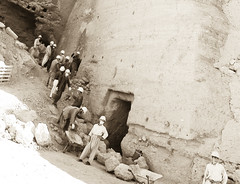 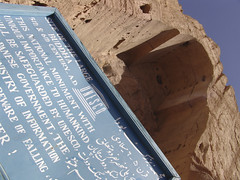 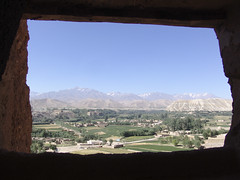 Out in the distance 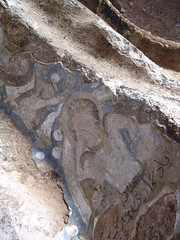 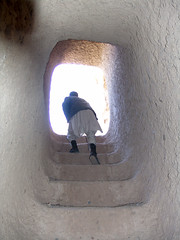 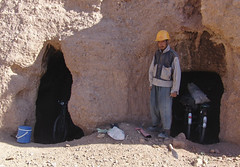 Parked the bikes, ready to go 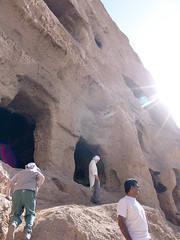 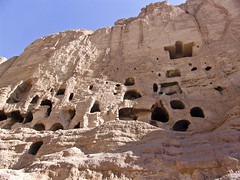 Bamyan in the afternoon 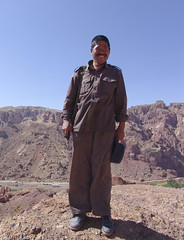 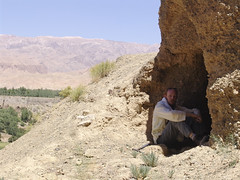 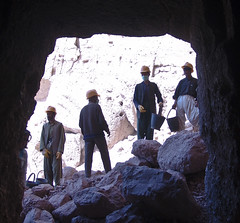 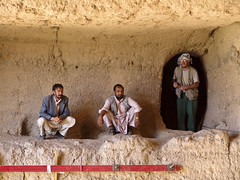 We had agreed on hiring an expensive guide/translator for the day. Too expensive, but without a guide it's nearly impossible to enter the caves around the two non-buddhas and check out where all these monks used to live.

Our first visit was to the two main buddhas themselves. With the guide we were able to go inside the caves around the buddhas, including some of the hallways that go all the way up to the buddhas' heads. Some of the caves still had some paint on them, but my biggest surprise was that the caves used as shrines looked more orthodox Christian to me than buddhist. Same style as many of the Bulgarian churches I've seen.

Our next stop was the city of screams, shar-e-Gholghola, completely destroyed by everyone's favourite Mongol, Chinggis Khan. Local legend has it that, after Chinggis stopped by and tried taking control of the fort, it was not after the local king's daughter, being annoyed with her father, sent Chinggis a message attached to an arrow telling him how to take the city, that he finally managed to control the fortress.
The girl, thinking she would be hailed by Chinggis as a big help and the new favorite, was stoned to death. Everyone in the valley, in fact, was killed by Chinggis. Man, women, children and all animals. Now THAT guy was thorough.

Third was the buddha in Kakra. The 'small buddha', at only 6.5 meters high, but in about the same state as the two large buddhas. Although here, some remains from Daoud's effort to put some work in displaying the buddha properly still remained.

The whole thing showed how difficult it is to obtain some decent information on Bamyan. People told me the caves are mined. They aren't, anymore. Other people told me you needed a guide for the hill above the buddhas, because the hill is mined. It is, partially, and deminers established a signposted route long ago across the hill.
People told me the small buddha is the only buddha still intact. It isn't, in about the same state as the two large buddha's.

The reason for Chinggis' rather over-the-top reaction, killing everyone and everything in the valley, was because his favourite grandson was mortally wounded in the battle for Shar-e-Zohak, what then was a huge fortress at the entrance of the Bamyan valley. This city REALLY is what you have in mind when you think of mediaeval fortresses or king Arthur's favourite hideout. Truly the stuff of legends in a setting which is legendary.
We were lead up the mountain by the commander of the police post, at the entrance of the valley. When he stopped us on our arrival, two days before, I was surprised by the cleanliness of his Farsi, me understanding every word of what the man said. Turns out, as we talked on our way up, and later over tea at the command post, that the man spent 25 years in Mashhad, in Iran.

Later in the evening, we had dinner at the Bamyan Hotel, for the third time in a row. The food s quite good and you get loads of it. And it is affordable.
Since the first night, we've been sharing our table, if you can call it that, sitting at one long table which seats 32, with a Frenchie and his driver. The French guy speaks English and French, his driver speaks Dari. Our driver speaks a bit of English.
We had our guide/translator for the day, on the trip, and he spoke passable, but not great English.
Already, the day had worn me out quite a bit. More then for most, as I had to take on the job of translating the translator and sometimes translating for either of the drivers. Then, during dinner, the Frenchie's driver went totally mad, constantly talking, but with no-one to understand him. So I ended up constantly translating back and forth.

Related:  And just before I came
This text is available under a cc-nc-a license.