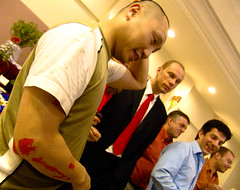 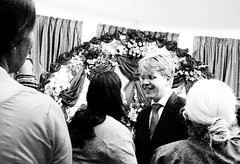 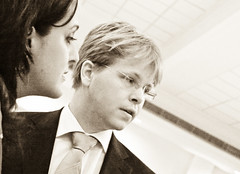 After struggling with my latest project, wemapflickr.com, I thought I was finally finished when, happy as I was, two friendly visitors submitted their own points on the world’s surface to be shown on the site.
Both points uncovered a (different) bug in the system. One I solved in minutes, the other I was still struggling with at 3 in the morning. Since we would have to get up at 7am to catch our flight, I decided to go to bed.
Inside my head still struggling with this bug, I couldn’t sleep the whole night.

Everyone’s favorite sandwich bar in Delft, Liliput, right on the square in front of the Delft train station, closed down years ago. I’ve been on the look-out for a good alternative ever since. Delft isn’t very big, so searching quickly ended, but only recently did a small bakery in the south of the city start selling decent sandwiches. A terrible location in terms of convenience. Today, before we parked the car at Delft’s secondary train station, in the south of town, I finally had a good excuse again to get breakfast at that very place, even though it meant almost missing our train. Hey, priorities.

The first leg of the trip, from Amsterdam to Moscow by Aeroflot was run of the mill. A near empty plane, reasonably friendly personnel, food as bad as on any other airlines (these guys finally modernised!) on an overall smooth flight.
It’s been a while since I’ve been in Russia. The last time was on another stopover, to Mongolia. Not surprisingly, things haven’t changed much, although I did notice slightly friendlier faces and staff with much more English knowledge at Sheremetovo terminal. Also, announcements were now in English, something I don’t remember from my last visit.
As we started to lend, snow covered Moscow reminded me of those Maerklin train sets. I would have loved to go out, but my scant clothing and the minus 12 degrees outside temperate would have made that a bit of a challenge.

The second leg of our flight, from Moscow to Delhi, was packed, nearly all being Indian. On this second part of our journey, partially because the intercom system wasn’t loud enough, but mostly because the Indians kept on chatting away each time an announcement was made, it was impossible to decipher what was being said.
At some point, I was able to decipher the stewardess saying we were to land in some 60 minutes. However, 90 minutes later, the seat belt signs were turned off again and we started to, what I thought was, circle above Delhi. Hours later, we finally landed.
Driven by shuttle to the airport terminal, it was easy to feel the bad vibe. Something was wrong, even though no-one seemed to know what it was. In the terminal, some attendant gave us a ‘transit-card’. We had landed in Bombay, due to too much fog in Delhi. Amazing, because this was like rerouting an Amsterdam-bound plane to Barcelona.
Breakfast and some waiting later, we boarded the plane again and were off to Delhi, arriving some 9 hours late. The last thing left to do was stand in the immigration queue, which only took us only 90 minutes.
Dead tired , we secured a taxi and went to our hotel.

Some quick shopping, Betsy bought shoes, after which we went back to the hotel and had to prepare for the first of our many wedding nights to come. Four of our friends had arrived the previous evening, but after an early sms message which said ”the rickshaws are very cool”, we hadn’t heard from them. Until we received a second sms message: Benno broke his leg, we’ll a bit later tonight.
Turned out, they had been in an accident, a car had bumped into their rickshaw and drove away. The rickshaw fell over, trapping Benno underneath. As we couldn’t do much, Betsy and I went to the party where, of course, this story was the tok of the town. Finally, near closing time, the boys showed up (sans Benno) and we finally learned what had really happened. Four guys in one rickshaw really isn’t a good idea.

Related:  Yet another side of Moscow

Benno was going to be operated on the next day, a necessity, since he had his leg broken in two places.

The party wasn’t all that bad. Lots of good food and drinks at a posh club in the west of town. Neha had had er arms and legs covered in Henna and people where on hand (so to speak) to give the guest, if they wanted, henna tattoos too. Betsy got a nice one on one of her hands, the annoying part being that you can’t do anything with the tatooed parts for hours as the stuff has to dry, sink in to the skin.