Band-e-Amir, close to Bamyan in Afghanistan

The hills around Bamyan 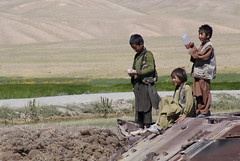 Kids playing on an old tank 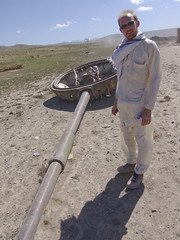 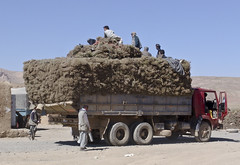 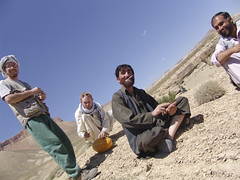 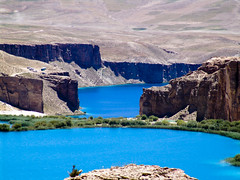 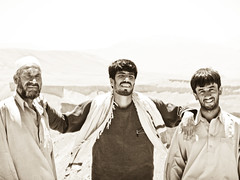 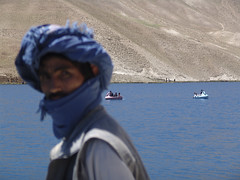 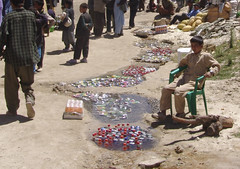 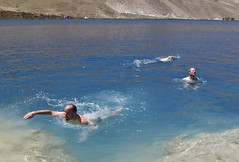 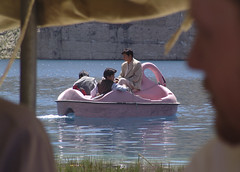 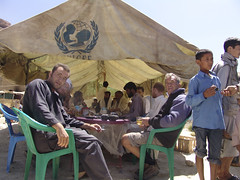 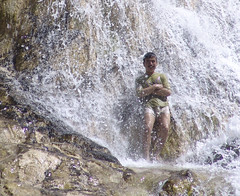 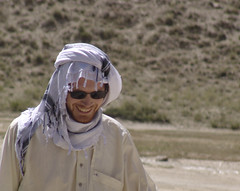 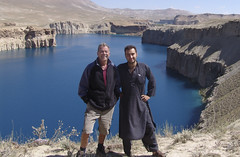 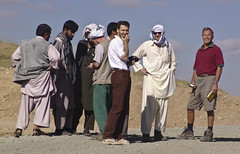 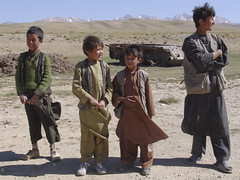 Boys in front of an old tank near Bamyan in Afghanistan 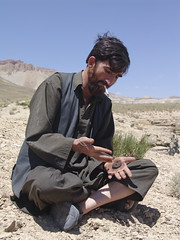 Bamyan, Afghanistan, in the morning

Looking at Band-e-Amir in the distance

Ed, the guy I had spoken to on Monday, showed up at the hotel yesterday. He's working as a contractor for ADB, doing road surveys to decide where Afghanistan should start building tarred roads.
He was going to show up on Saturday but was now two days early because his planned route was inaccessible due to flooding.
The good news was that they now were taking the spectacular route to Band-e-Amir on Friday, today, and that we could tag along.

Band-e-Amir, one of a set of 'platformed' lakes, connected through naturally created dams is quite as spectacularly situated as they come. What's more, it also attracts quite a crowd on Fridays, most people's weekend. Surprising as well, considering most visitors have to travel at least three hours, by car, to visit the place.

Light blue lakes, icy cold, sparkling clean, in between towering mountains. Amazing and very similar, in parts, to Mongolia.
We went into the lake for a quick swim and VERY quickly, got out again. I tried swimming underwater to impress the local population (almost all Afghans can't swim), but it was too friggin' cold. Giovanni was brave enough to do two dives, but only survived some 10 seconds longer.

Driving towards Band-e-Amir, we constantly passed Kochis, nomads, walking down to the lake for the Friday pick nick. We drove for over three hours, from Bamyan to Band-e-Amir. In those three hours, we passed barren hill after barren hill, with only two tiny settlements along the way. Where did all these people come from and, what's more, at what time did they start to walk?

Related:  To kill a mockingbird

Driving back from the lakes, the hydrogeolist (Didier) and the GIS-specialist (Giovanni) went nuts over the wells we passed en route. They got out for every one of them to take the coordinates and get a sample from the water.
At one, they went off and I stayed in the car with the driver, watching some guys lounging by the side of the road. One guy came up on a motor cycle and started to chat with the people in the group. Shortly after, one of the guys quickly left to grab a young goat from a group of goats and sheep that were lounging in the area. He was holding it between his legs and almost immediately the young goat started to bleat continuously.
Some haggling later, handshakes and loads of talking, a wad of money changed hands, the goat changed owners and was tied onto the back of the motor, still bleating. The guy drove off.