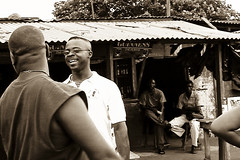 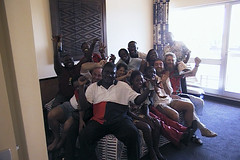 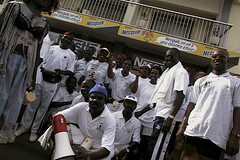 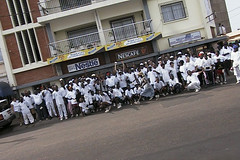 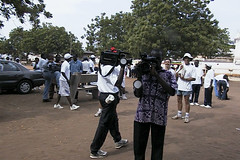 Knowing me is knowing you 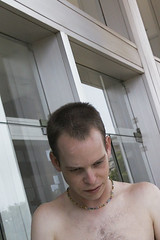 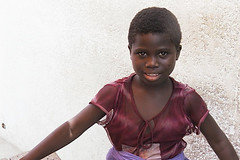 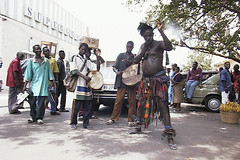 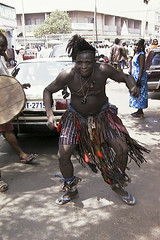 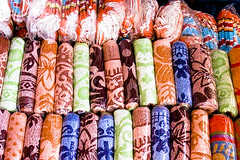 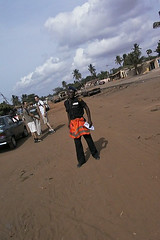 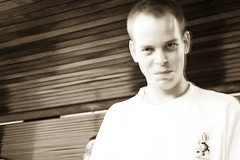 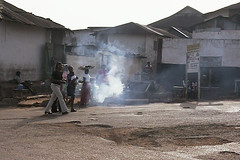 Get your ass on the street 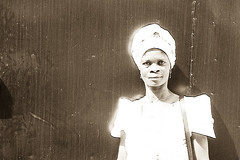 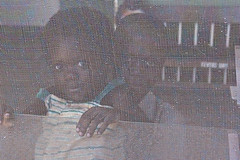 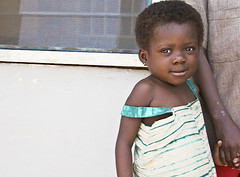 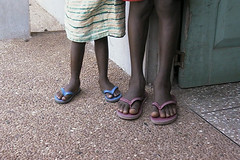 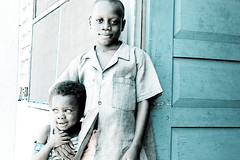 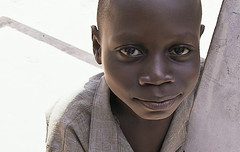 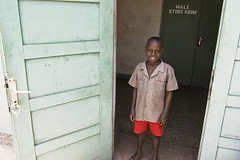 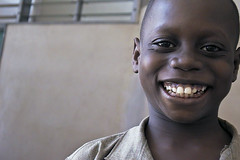 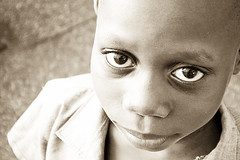 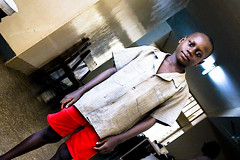 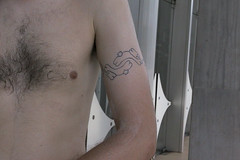 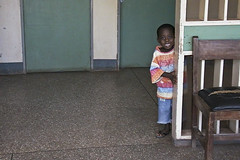 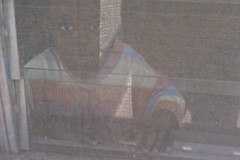 After a week in which I visited an AIDS clinic in downtown Accra, the weekly hash on Monday resulted in the first of two trips to other countries during my stay in Ghana. This week, it was a trip to the capital of Togo, Lome, with some 20 other hashers and in our last weekend in Ghana, I would also go on a trip to Cote d'Ivoire. The trip to Lome would be for the 500th Lome Hash.

One week before we, Tim, Peter, Lura and myself, would leave for Lome, Stophe had asked us to fill in some piece of paper for immigrations. Although all of us had a visa, you have to renew it after the first 60 days in the country. The procedure should be no more than a formality, taking no longer than 24 hours. This time, however, the passports that were brought to the immigration office on March 23, weren't back one week later, when we had to leave for Lome.

The procedure goes something like this: Stophe gave all our passports to a middle man. This guy went to immigration for us, knowing the right people, knowing the right hands to grease with the right amounts of cedis, which stamps to get from which people, etc.

Unfortunately, communication between Stophe and our middle man had been very difficult in the week leading up to our trip to Lome. Although the guy had a GSM, the mobile networks that are available in Ghana are, although by far superior to the land line system in the country, still far away, quality wise, from the systems we are used to in the west. So when, at 12pm on Friday, two hours before we were supposed to leave with the rest of the group for Lome, we took our destiny in our own hands, our primary reason for eventually succeeding in obtaining our passports was due to nothing but actually being able to reach Fred Dotse, our middle man. We were going to meet him at the immigration office, were he welcomed us with our passports. It was three o'clock by the time we left for Lome. We had missed the rest of the group, but we were on our way. We took a taxi to the border with Togo, were we met the other hashers. Lome is just on the other side of it, the border crossing being virtually downtown Lome.

Related:  Is this the way to Bagamoyo

Apparently, the main reason for the delay with our passports was the change in government in January. Our visas were all issued by the previous government. Now, with a new government in place, there was talk of all visas having to be reissued. Needless to say, during this discussion, all processing of visa was postponed until further order. Only Fred pulled us through.

The Francophone is a welcome change from the, by know, well know city of Accra. Not only was the food in general and the bread in particular much, much better than in Ghana, people seemed to be more relaxed towards us whites and the city was much better taken care of. For one, the streets have no open sewers on both sides of the roads and most roads actually have a sidewalk for pedestrians. Something that only barely is in use in Accra.

The two things that where the most intriguing, however, were the way the beach is incorporated into the city, with it being freely available from any point in the city along the beach, and it not being used as a public toilet, and the fact that FanIce is being sold in four additional flavors.

FanIce, frozen creamy ice-cream sold in plastic bags, where you bite off a corner, to suck up the contents, is sold on every street corner in Ghana, either by young people on bikes, having a large container with the different flavors on the front of the bike, or by people with large cardboard containers on their head, filled with the small packets of ice.

In Ghana, four flavors are available: Chocolate, strawberry, plain and orange. In Togo, particularly the tropical and yogurt flavors are a really joy. And for the $0.15 per ice-cream, can you ever stop eating them?

The hash was a lot of fun. The five times or so we had to stop during the run, were we all had to pose in front of the buildings of one of the head sponsors of the event were welcome breaks from the walk in the burning sun. The diner and 'bash' were close to absurd, so a major success.

After the festivities, we went and explored Lome with part of the Accra group. For one, almost everything in Togo, and in most Francophone countries at that, is more expensive than in Ghana. So it wasn't much of a surprise that for the one nightclub we wanted to enter, Byblos, we had to pay $7 per head to get in. If you consider the highest entry fee in Accra is about $2.50, it makes for quite a difference.

Since it took a while before we actually went in, there was time to hang around near the front door and study the list of prices of the club, posted next to the door. It took a while before it became clear that I understood that the prices really didn't make any sense to me. I asked the bouncer, standing next to the price list, what a beer in his club would cost and when he answered, I had to ask the question again, since what he told me seemed unbelievable. One regular draft beer, no joke, cost $10. Ten US dollars, for one beer. In Accra, in a similar place, you would pay no more than $1.50. It was a good thing we hadn't yet gone in.

So we ended up in a simple 'spot', an outside bar with glaring speakers enlivening the night life in the city that goes to bed early (at those prices, what a surprise). I was very happy to be able to get a whole bottle of whiskey there, for less than a price of a beer at Byblos. And to make the party complete, the place was being run by a Dutch guy…

Another thing that was reasonably expensive, was the hotel we were staying in. At $10 a head a night, a hefty investment. Good, the beds were nice, the pool was enjoyable and the view of the lagoon was good, but still. To keep the actual cost at a minimum, us Geeks and Lura had decided to share one two-bedded room. Only when we actually went in the room did we learn that the place was so small that the double bed was basically the only thing that COULD fit in it. No couches, only one chair. We had to borrow the cushions from the luxury chairs on the veranda of the hotel to have two people sleep, only reasonably uncomfortable, on the floor.

Traveling back to Accra went much smoother than going in the other direction. When going into Lome, we had to wait at the border for more than two hours. Since one Lome hasher was high in government, we had been promised that for the non-Ghanaians in the group, visa would be arranged at the border by the Lome hashers. Due to some circumstances, however, this wasn't possible and the whole procedure of getting us into the country took quite a while. Now, going back, the big boss at the Togolese side of the border turned out to be one of the hashers (probably he was missing when going into the country) and we were waived through.

Until, that is, we got to the Ghanaian side of the border. Yolanda, Vassilis' girlfriend and from Lithuania, turned out to only have a single entry visa for Ghana. Now, her options were to wait in Togo until the next day and get a visa at the Ghanaian embassy, or get a visa at the border and pay $100 for it. Vassilis, working for the EU in Accra, paid.