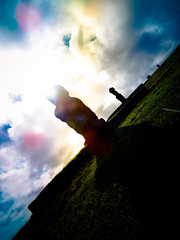 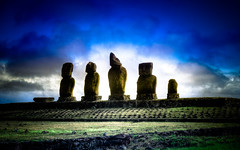 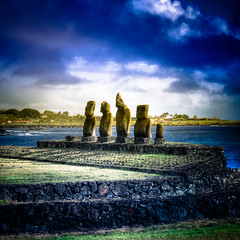 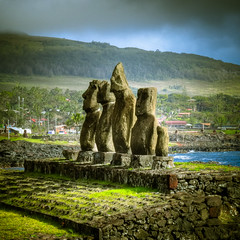 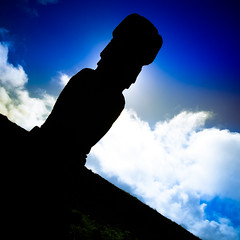 With the sun at his back 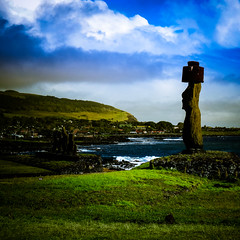 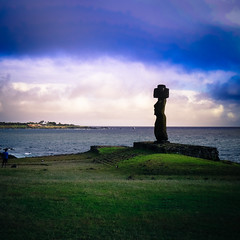 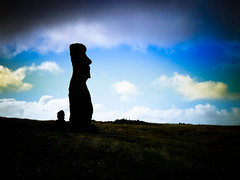 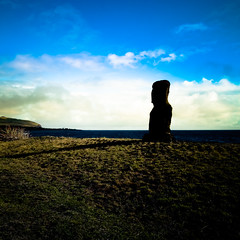 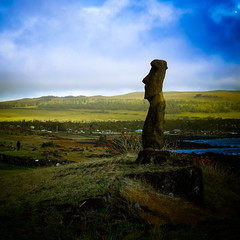 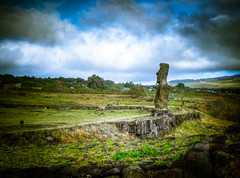 On the outside, looking in 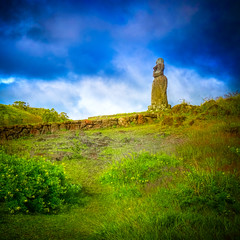 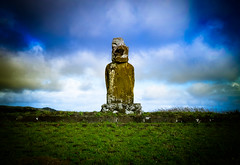 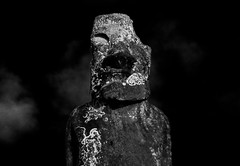 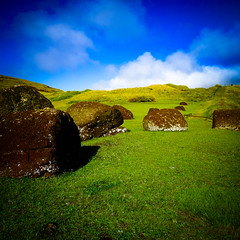 The hats are gathering moss 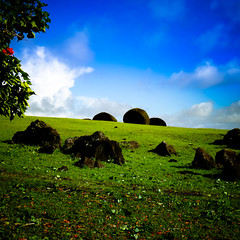 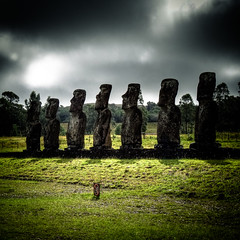 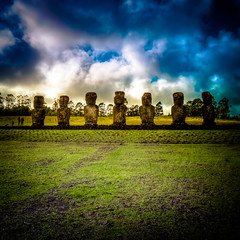 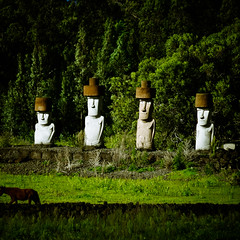 The exorbitant park fee of 60 USD is for two particular sites, as most of the sites are free to visit; The two sites are ground zero of the bird-man cult, which doesn't really warrant the fee, and the quarry of maoi, which for me was one of the most impressive sites I've ever visited.
Both have an entrance gate where your ticket is stamped, meaning you can, in principle visit either only once on one ticket. I was lucky, as my ticket wasn't stamped on my first visit to the quarry as no one was in the entrance booth. I went back on my last day, just to take in the sights for a second time.

The easiest way to explore the island is by rented car, though prices start at a steep sixty dollars per day, while insurance apparently is not included.
With a car, you could see all the sights in one day, but besides car rental being something more for a small group, forking out the steep amount for getting to Rapa Nui in the first place could suggest that it makes some sense to at least take your time on the island. For example by renting a bike.

Bike rental is a ridiculous 20 USD per 24 hours. And if you have, say, a flat tyre, they expect you to pay for that as well. It's possible to beat the price down somewhat and it helps to casually ask a local about bike rental, as they might offer you their bike at a more reasonable rate.
I managed to rent bikes for about half the day rate, by renting them only until sundown and asking for a discount. However, on my first day, the bloke at the rental agency freaked out when I said I didn't think it would be correct for me to pay for a flat tire, upon returning with one (and walking with the bike for seven kilometers in the rain). He was ready to start a fight, then threatened to call the police, which I applauded, resulting in him backing down. In the end, I didn't pay at all.
Moral of that story: puncture your tires and you can cycle for free on Easter island.

The island isn't big. Roughly triangular in shape and only 117 square kilometers in size, with one small and one large tarmac loop. Indeed, perfect for cycling, even though the island is somewhat hilly.

Food and groceries on the island are terribly expensive. You'd think that, at least, local produce would be affordable, but restaurants typically sell fish dishes for more than chicken dishes. A main course can easily set you back 30 USD, though some restaurants have a daily special closer to 10. Even a straightforward empanada, a meat pie, can set you back 5 USD, and it's, strangely, the fish pies that are the most expensive.
On the up, restaurant food is quite decent, occasionally great. But, specifically if you're staying a few days, it pays to bring in some groceries yourself.

It's symptomatic that the USD street rate on Rapa Nui is an impressive 20% below the official rate.

In true Polynesian style, many of the local girls wear flowers in their hair.

There was a 'missing' poster hanging outside one of the shops. Surely, if sadly, on an island the size of Washington DC, with a population of a tucked away hamlet, that can only mean one thing.
And the island has multiple town drunks. If this would be any other village in the middle if nowhere, it would perhaps be understandable, but the amount of tourist money pouring into Easter island is significant. At 80000 tourists per year, it would amount to perhaps some 10000 euros per inhabitant, per year, not counting air fares.

The forecast for my five day stay was five days of rain, followed by a continuous sunny and warm spell.
It wasn't that bad, thankfully, as the island seems to see very changeable weather, one side of the island possibly getting a full day of sun, while the other might see torrential rains.