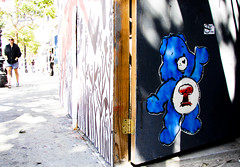 Care bear with a nuclear explosion 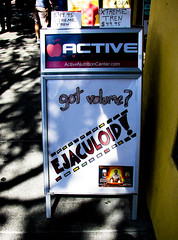 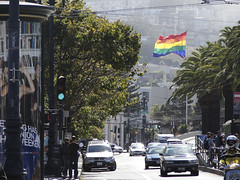 The flag is up 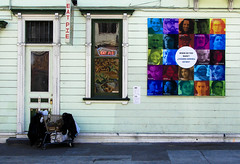 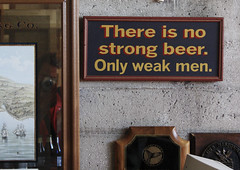 There is no strong beer.
World » United States of America » San Francisco » Hall of justice

Having been to prison earlier in the week, today I went to court. I attended a hearing related to 'The San Francisco 8'. The Wikipedia entry is rather short on the subject and the related website is a bit chaotic, but what seems to be the case is that in January 2007, eight individuals, many of them Black Panthers, were arrested for a series of offenses, including the killing of a police officer, more than 35 years ago. Apparently, some of the 'proof' was extracted under torture. And we know that American law enforcers know how to deploy torture. Ehm, coercion.

The hearing was surprisingly short: a simple postponement to September 8. I ended up chatting for a while with an older lady called Joan, about African politics, her having been involved in anti-apartheid activities, both in the Bay area and in Southern Africa in the late 80s and early 90s.

Afterwards, I walked over to the Anchor brewery and was lucky enough to hook on to a tour of the production facilities of one of the finer American beers, Anchor Steam. Surprisingly, they also make a few exclusive whiskeys. Unfortunately, afterwards, we only got to sample the beers.
Interesting tidbit: St. Arnold, or St. Arnoul, or St. Arnold of Soissons, is the patron saint of beer brewers (although there might be a small mix up here with Arnulf of Metz, notice the similar names).
Arnold was a proponent of drinking beer instead of water. Beer being much healthier, in the middle ages at least, due to the fact the water in beer is boiled before consumption.
But, to be a saint, you have to have a miracle ascribed to you.
After Arnold's death, the individuals carrying his body or coffin stopped by an inn and asked for a pint. The proprietor excused himself, saying he had only one beer left. The bearers took the bear, with the intention of sharing it amongst themselves. However, the mug never emptied…

Interesting note: The whole city is filled with murals.