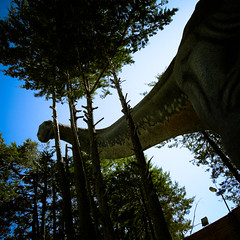 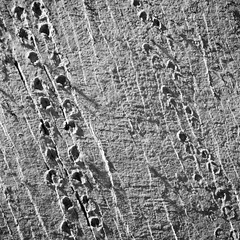 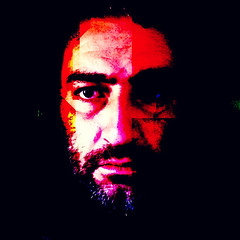 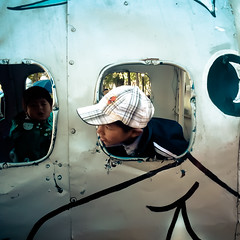 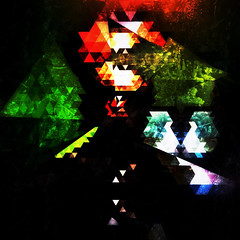 Half the continent claims Simon Bolivar as it's liberator, and rightly so, but only Bolivia was named after the man, also serving as it's first president (sort of, he apparently was given the title but never personally ratified it). The country's second president gave his name to the capital, Sucre. Indeed, La Paz it's not, though that is by far the most important city economically.

Another world heritage site, Sucre is cute and endearing, and has a completely different feel from Potosí. Presumably because Potosí boomed under colonial rule, while Sucre gained ascendency at independence, nearly 300 years after the rise of Potosí.
Also, as the city is a kilometer nearer to sea level, temperatures don't nearly drop as much at night, making the climate pleasant, even in winter.

But, even though it's a capital, the city nearly comes to a standstill on Sundays. That is, virtually everything is closed and the townspeople are out and about, enjoying the sun in one of the parks and pay their respects at the city's cemetery.
At the cemetery, similar to La Recoleta in Buenos Aires, particular guilds or groups have their own pavilion. So, there's the union of railway workers, a university building, etc. But, though there are some decent mausoleums, most people are buried inside walls, five rows high, each grave fronted by a niche, virtually all covered by a glass window, behind which are flowers, photos and other mementos.
Employees of the cemetery, young teenagers, walk around with stepladders so that those who need to access the niche of a grave on the third row up or higher can do so.

June 23rd is San Juan night in Bolivia. Juan, john, for John the Baptist, supposedly was born six months before Jesus, and this is his birthday that's celebrated, making the day the only commemoration of a saint's birth, as opposed to his death.
21 June, the pagan day hidden behind this Christian commemoration, is the winter solstice in the Southern Hemisphere, but in the north, it's the start of summer. In Europe, particularly in the parts that have a stronger pagan connection, like Ireland and south east Europe, Saint John's day is celebrated with bonfires and jumping over them, implying a cleansing ritual. In Bolivia, the 'coldest night', is also celebrated with fires, and with fireworks.
I climbed up a hill in the evening for an overview of Bolivia's capital at my feet, and specifically in the surrounding hills, a number of bonfires were lit. There was little jumping over the fires, though in some Bolivian towns, this too is a common practice.

Perhaps the most intriguing site in Sucre is a dinosaur theme park, hosted by the cement factory on the edge of town. In 1998, half a mountain having been cut open for producing cement, workers stumbled upon what turned out to be the largest collection of dinosaur footprints in the world.
Rising up to 300 meters in the air, near vertical, and about 1.5km long, the wall has thousands of footprints.
Occasionally, due to its fragile nature and the continued mining nearby, parts of the wall come sliding down, only to reveal a new layer full of footprints.

Related:  Ye olde books
This text is available under a cc-nc-a license.