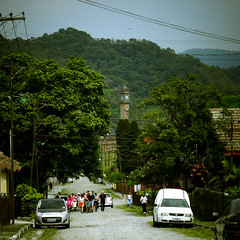 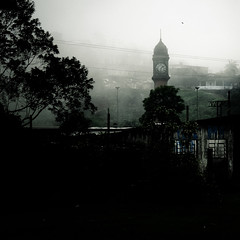 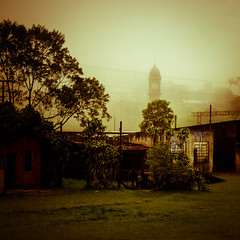 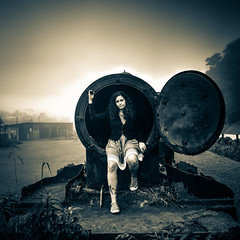 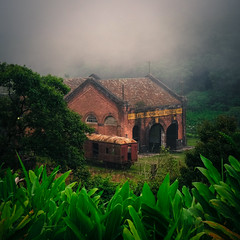 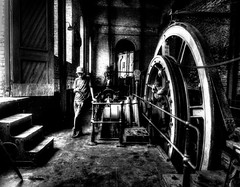 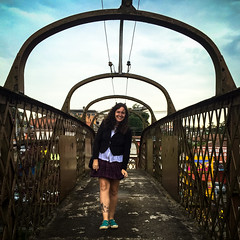 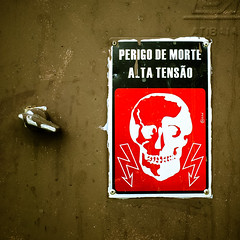 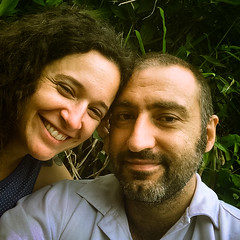 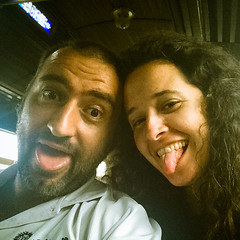 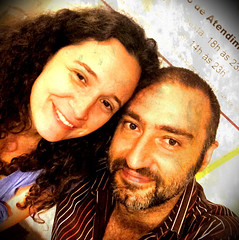 The Brits once ran the São Paulo Railway, transporting both people and goods from downtown São Paulo to the coast at Santos. Railway travel in Brazil is, now, the bastard child of public transport; an envisioned high speed rail connection between Rio and São Paulo which was supposed to be operating in time for the World Cup Soccer this year has not yet materialized and seems to be in development hell. But, decades ago, plans to connect the furthest regions of the country, from the far north to deep in the Amazon were very much on the table.
Now, a tourist train once a week still plies the route between São Paulo and Paranapiacaba, halfway to Santos, and once the headquarters of the British railway company. But, the regular suburban train network comes within 10 kilometers or so of the village, several times each hour, the last few kilometers easily traveled by local bus.

Paranapiacaba was built at the end of the 19th century as a company town, with the city design resembling a panopticon, originally envisioned as an ideal layout for prisons, with the wardens at the center being able to see everything around them. However, though purposely designed as such by Jeremy Bentham, who coined the concept of the panopticon, it almost feels the town's design resembling the panopticon is more a coincidence, as the middle of the small town, currently with about 1200 inhabitants, is simply a small hill, on which, not surprisingly, the lead-engineer's house was built. As a result, in theory, the whole village can be surveyed from the top of the hill, though in practice a sizeable portion of the town is out of sight due to trees blocking the view.

Related:  The seven eyes of Angra

The city saw its population dwindle with the labor-intensive funicular, which was located between Paranapiacaba and Santos and was used to bridge the steep slopes towards the sea, was replaced with an automated process. Then, in 1982, the last steam train traveled between São Paulo and Paranapiacaba, damning the town to obscurity.

The old train station, inaccessible to tourists, contains a clock tower modeled after Big Ben and, with the Brits keen on soccer, the town is home to what might be the oldest soccer field, of official proportions, in Brazil. Amazing that, for the World Cup, this was not at all exploited.
But, perhaps this was due to the only recent restoration of the village as a tourist destination. Much of the town was still in private hands until the start of the 21st century, and mostly off-limits to outsiders as well as in generally bad shape, with tourism only recently picking up. The very few pousadas in town are overpriced, though there's a slowly growing but cute restaurant and cafe scene.

The name of the town, Paranapiacaba, means 'where you will find the sea' in an Indian language and, supposedly, if you climb one of the nearby hills, it should be possible to spot the sea in the distance.
Paranapiacaba is also on an old Indian route connection the Atlantic and the Pacific oceans.