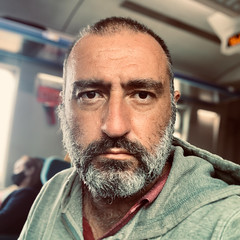 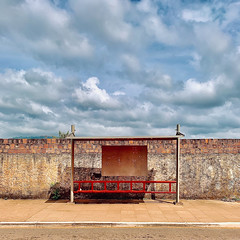 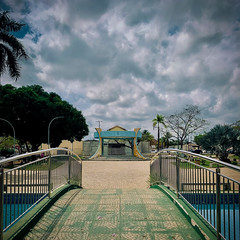 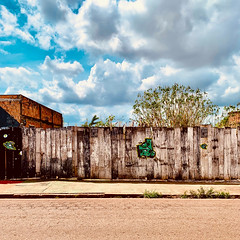 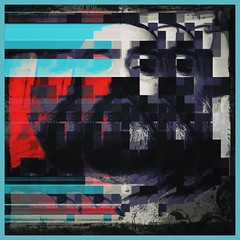 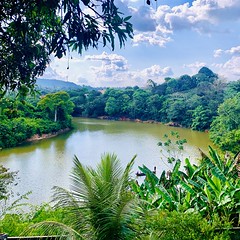 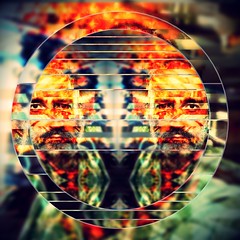 As in the US, the automobile lobby all but killed rail-based infrastructure in Brazil. Very few cities have urban train networks, the only tram I’m aware of is a modern one, in Rio, though plenty of older towns carry the scars of ancient trams, including the city I was now traveling from, São Luís.

Intercity trains are virtually absent. Throughout the country, a very small number of trains still run, but these are primarily a tourist attraction. The easiest accessible of these is the weekend train that runs between downtown São Paulo and the village of Paranapiacaba, from where the Brits ran much of the train network in the state of São Paulo. Here, the train station has a clock tower which was designed as a scaled-down replica of the tower of Big Ben.

But, there is at least one intercity train service that does run, even if it’s a fairly recent addition.

Vale, a large mining company, runs a huge iron mine, the largest in the world, close to the town of Parauapebas, in the state of Pará. To get the ore out, they transport the material by train, to the coast, at São Luis, which has the second deepest port in the world. Also, three times a week, it runs a passenger train in each direction, over the 900km stretch of tracks.

Reminding me of some more distant Russian settlements, the train station is sone 10km out of São Luis. And, also similar, when I got myself to the train station to buy a ticket, I found the station closed, and was told by a street sweeper that I had to get my tickets from a small office in town, instead.

Earlier, back home, I had tried to buy my tickets online, several times, but each time, the purchasing process failed, even before entering any payment details, which could point to the train no longer running.

Related:  Memories of past futures

A phone call proved otherwise. “How do I buy tickets”, I asked. “Online”.

Or in São Luis.

Two types of tickets are available, the cheaper one of which was sold-out when I got my ticket.

On the train, curious as to the difference between the two classes, as half the seats were kept empty because of COVID, I was not able to check the lower class trains, as passengers were disallowed from roaming, also because of COVID.

The food wagon, was also off-limits, though had been replaced by a fairly smoothly operating rolling cart with cheap and decent foods, and staff taking orders for lunch and dinners, serving very reasonable food at very reasonable prices.

The train ride itself was pleasant enough, the layout and fixtures of the train striking me as having a strong resemblance with many common German trains. It’s a real loss that Brazil does not have a trans-national rail network. It would be an economic boom for the country.

A decade ago, there was a white-elephant promise of building a high speed rail connection between São Paulo and Rio, in time for the World Cup. It’s hard to imagine a rail connection, along much of the Atlantic coast, to not be financially viable. But, car is king.

The train trip is long, uneventful, and on time, and with very monotonous views from the windows. Almost all train stations are in the middle of nowhere, making it extra amazing that passengers get on and off at every stop. Where do they come from? Where do they go?

The train’s air conditioning is maxed, requiring people to wear sweaters, with several wrapped in blankets. Meanwhile, outside, the temperature is trying to reach 40 degrees.

The journey starts at dawn and ends close to midnight. I never appreciate arriving in a place I don’t know after dark, or worse, in the middle of the night. But, sometimes you don’t have a choice.

My most fascinating late arrival was in Murmansk, in summer. The weather was overcast, the flight was a rocky ride, navigating through the clouds, until we went in for the landing. Dipping below the clouds, the sun was shining, it was the middle of the white nights.

But, in Parauapebas, at night, any day of the year, the sun does not shine. However, perhaps to compensate, the street lights are bright.

Parauapebas’ train station, like all stations along the line, is quite away from town.
Before boarding, I had asked my hotel how to get from the train station to the hotel. “In that place and at that time [midnight], you will have to take a taxi” it would cost about 70 BRL and would be on the meter.

Plenty of passengers on the train we’re going to the end of the line, which was a good sign, but it still could mean anything. Perhaps there were only going to be a few taxis, perhaps everyone was going to be picked up by family.

I was one of the first to leave the train, being welcomed by many, many, private cars, heavy beats, and, just outside of the train station, many taxi drivers offering rides, as well as two buses.

The buses were going to nearby towns, 50-100km away, and all taxis were shared; four people per taxi at 30 BRL each.

Eventually, my taxi was one of the last ones to leave, but then, the formula-one ride to my hotel revealed a well lit, clean and neat town. A small surprise, as towns that spring up on the edge of large mines run by big international companies often have a certain seediness hanging over them.

My room was tiny. No cupboards, no hooks to hang anything on, and a single bed. But, WiFi and breakfast.

Because of the iron ore mine, Parauapebas, and the nearby town of Marabá are reasonably prosperous.
In a referendum held in 2011, the residents of the entire state of Pará were asked to vote on a proposal to split the state into three new states: Carajás in the southeast, which would contain Parauapebas, Tapajós in the west, and a rump Pará in the northeast, containing the state capital Belém. Voting was highly polarised regionally, with citizens of the two future states heavily voting in favour of separation. But, as Belém and its surrounding area comprise over half the population of the original state, the proposal had no chance of passing.

Parauapebas is a capable little town. It’s neatly organised, has several very decent places to eat and drink, and a lovely river on its edge that’s not really utilised for its views, except by one cafe and, yes, brew pub.

The nearby tiny airport is inside a national park. You need to purchase authorization to enter. Though not if you take the bus to the airport.
My 30 minute stopover was in Brasilia, where I wolfed down a double quarter pounder, only just managing to catch my connecting flight home.