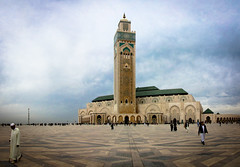 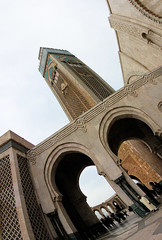 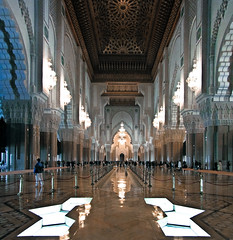 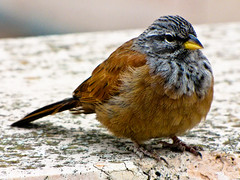 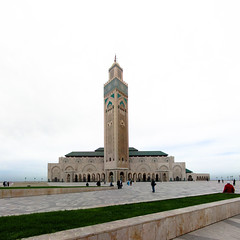 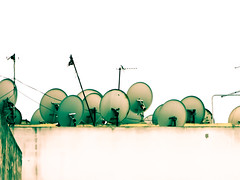 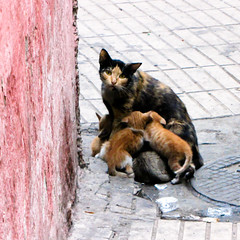 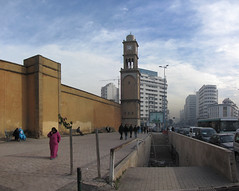 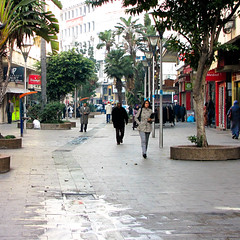 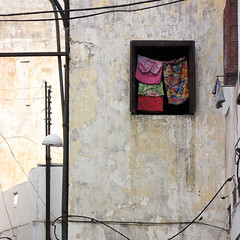 Casablanca, though probably the most cosmopolitan of morocco's cities and certainly the commercial hub, is also a tad bland. The city is very new, with only hundreds of inhabitants when the French embarked on their development spree in the middle of the 19th century. Even so, the old medina, the part of Casablanca within the city wall, was constructed within the last two hundred years, not even making that bit of the city visually appealing.

Perhaps to combat the more practical side of the country, the late king Hassan II embarked on a project that ended up costing some 500 million dollars, mostly funded by the public, building what is now the highest construction in the country and one of the largest mosques in the world.
The minaret stands at 210 meters and, due to the open space around it, feels less impressive from the outside than it actually is. Inside, though, and one of only two mosques open to non Muslims in the country, the building does impress.
With wood carving done by some 6000 craftsmen, the hall with room for, literally, tens of thousands of worshippers, does leave you in a sense of awe. Interesting is that though the motifs ate slightly more moorish, the insides of the mosque could easily be mistaken for a church.
Interestingly enough, it was designed by a Frenchman.

Later, I stumbled upon, what seemed to be a dilapidated synagogue. Not too odd, as most of the once thriving Jewish community has left the country. Nevertheless, Casablanca still is home to the only Jewish museum in the Arab world.
Similarly the cathedral of the holy heart, just off the parc de liege Arab, was put out of it's misery already in the fifties, only decades after it was commissioned, and now serves as a cultural center, supposedly.
I tried to get in, but was shooed away for doing so.