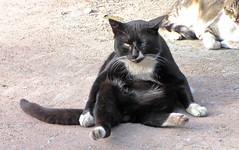 You looking at me? 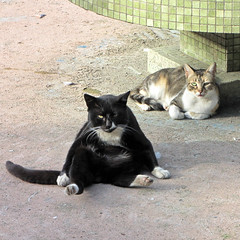 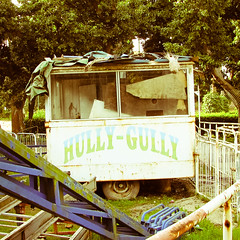 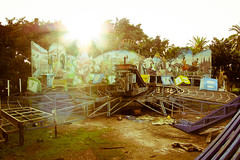 The Hully-Gully had seen better times 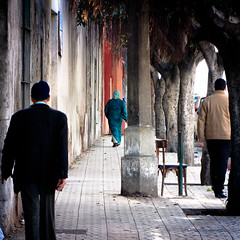 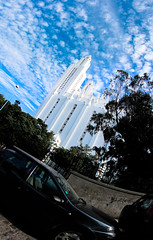 In the shadow of god 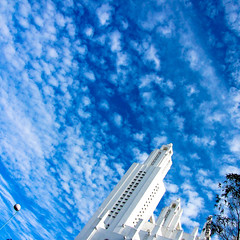 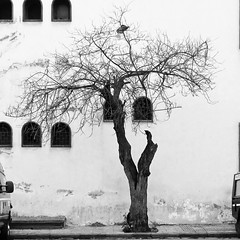 Though most of the world is familiar with the way in which the Spaniards use and abuse the guitar, it's little else than one of the two members of the Arab-Andalusian branch of classical music.
I was in luck, as the Trio Arabesque was going to perform at the Villa des Arts, which also had an excellent retrospective on the Moroccan artist Andre Elbaz.
Or was I? The three artists were probably Moroccan, but the music wasn't, with tunes by Spanish, Argentinian and French composers. And did I also detect a few dropped notes?

In downtown Casablanca, the Parc the la Ligue Arabe has seen many better days. If the park is representative for the Ligue, it really is no wonder the bickering is more common place than coherence is. The incorporated Yasmina amusement park is less then a shadow of it's former self. The Lonely Planet still lists it as recommended an excursion for when traveling with kids and pegs the entrance fee at 150 dirhams, about 15 euros.
In reality, most of the rides are out of commission and the entrance is now a mere 2 dirham.

Related:  HIFA
This text is available under a cc-nc-a license.