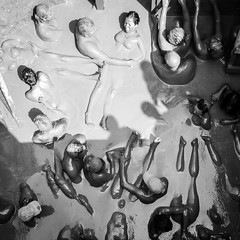 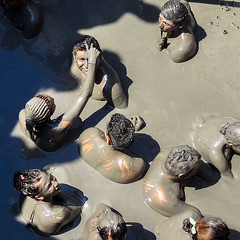 As long as your hair is in shape 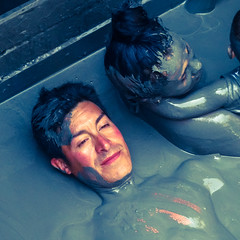 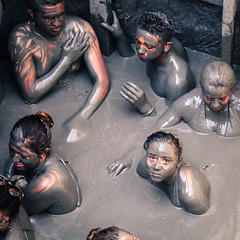 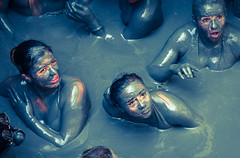 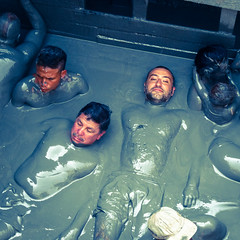 The chill is strong in this one 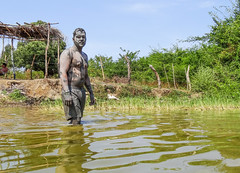 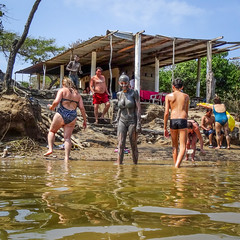 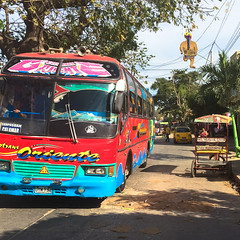 What's in the tree? 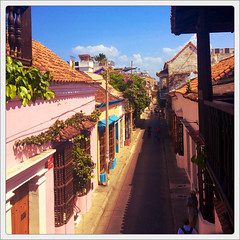 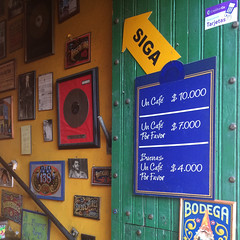 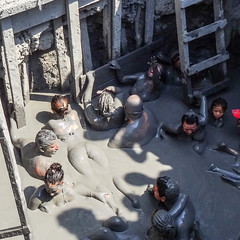 Not all volcanoes spew lava. Some bubble up mud. One of those is a 12 meter high hillock some 50 kilometers from Cartagena. If you don't take one of the overpriced tours, getting there is a bit of a chore, but, you're rewarded with a float in very dense warm mud where, if you so wish, local staff can give you a rubbing over while you bob in the grayish slime.
It's a popular destination, the queue around the pit doesn't disappear for hours on end, and the visit is worth it. Bring a go-pro into the pit for stunning group portraits.

Not wanting to visit any of the overly touristic sites in Cartagena, including the beaches, I also set out for the botanical gardens, on the outskirts of town. Another challenge to get to, the entrance fee was, like for many of the museums in town, unreasonably high. The gardens are pleasant, but bot outstanding. But, I also spotted monkeys, iguanas, colorful squirrels and a host of birds.
Almost alone in the park, a sudden screaming repeated itself every few seconds. Coming from somewhere higher up, it sounded like a cross between the grunts of a hippo and the screaming of a big ape. Perhaps, a wounded large cat.
I started making sure I was continuously in reach of a tree I could climb up in, and slowly advanced, but never found the source of the sound. At some point. On the edge of the gardens, the sound started to resemble the noise a cart in a roller coaster could make, screeching through the tracks. Fooled!

Near the center of Cartagena, a 400 year old monastery sits atop a 150 meter high hill, overlooking the city. On the road that snakes up, the hill, there is so much police presence, you're never out of sight of an officer. Whether that made me feel safer or more worried, I'm not sure. Later, I found this setup is not uncommon in Colombia.
The grounds of the monastery used to have a sloth you could pet.

Cartagena is pretty and cool and knows it. Prices are up, but it also seems this has not yet resulted in quality of service going down. At least not too much.
The old town is said to be the prettiest in the country. Founded as early as 1533, the city is part of a string of towns on the southern Caribbean coast founded shortly after the discovery of the Americas. Cartagena is still Colombia's most important port and flourished from very early on.
Several raids in the 16th century prompted the building of thick stone walls, which took two centuries to construct and reminded me of the city of St. Melo, in France.

On a side note, regular ferries now run between Cartagena and Colon, next to Panama City, in Panama, through Ferry Xpress.