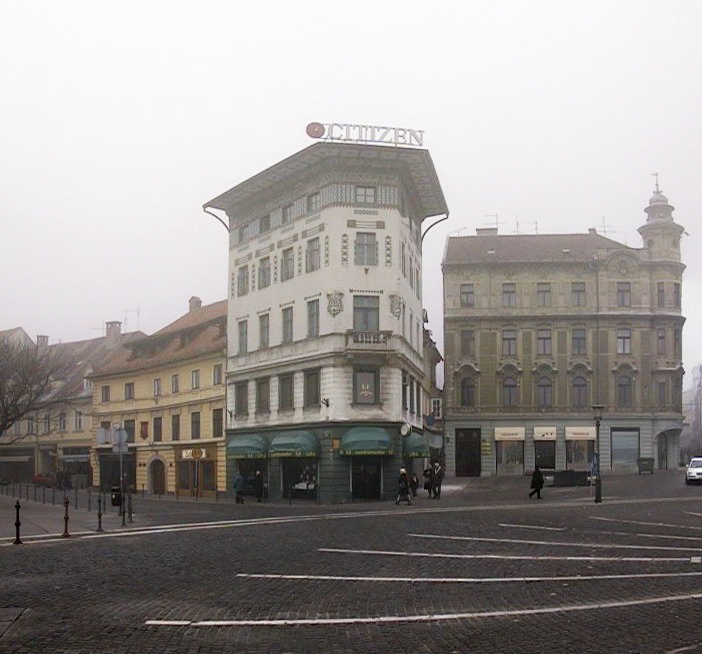 Back in early 2017, I was invited to a project in Oakland, California. Then, Trump put the ‘Muslim banI’ in place and I, having been born in Iran, was barred from traveling to the US.

Eventually, the ban was rescinded, but, with the changed climate, and the decision to issue visas, or not, being left with individual consulate offices, effective restrictions remained much tighter than they were before Trump.

About two years ago, Natalia had applied for, and received, a grant with the Nieman foundation, to study at Harvard.

Every year, Nieman pays for about two dozen journalists to pursue particular research, relevant to each journalist’s own field, by providing a well funded one year grant.

What’s more, the spouse, if any, gets to join as well, and also gets to study at Harvard, if they so desire.
In fairness, both only get to audit classes, meaning they can’t actually get any grades, but a large part of the benefit is networking, the interaction, things that happen off-canvas, so I don’t believe this is an issue.

A huge opportunity, we were a bit anxious to go under Trump, although we were also looking forward to be able to be in the US during the 2020 elections. However, with COVID shutting everything down, including consulates and Harvard itself, and being offered the possibility of studying remotely, we figured we’d strongly prefer to postpone for a year.

At the start of this year, we began putting out feelers, with Nieman, as to what would be needed to pursue obtaining our visas. We were told to wait, but, by the time we were told to move forward, the US consulate’s limited capacity meant that the earliest visa appointment we could get was for December 2021, a full four months after we were supposed to start the semester, in August.

But then, with the COVID vaccines rolling out reasonably successfully, and restrictions slowly being eased, we managed to move our appointment forward, to late July.

We collected the necessary paperwork, paid 160 USD each to start the online application, went to have our photos and fingerprints taken, to then, finally, get ourselves to the American consulate to request, and hopefully receive, our visas.

(Incidentally, during the online application, we had to agree to that, “if required to undergo a medical examination, your medical examination information may be collected and temporarily stored in the eMedical system hosted, operated, and maintained by the Australian Department of Home Affairs”.)

At the consulate, visitors are not allowed to bring in any electronic devices, whether computer or smart watch, meaning that a small cottage industry of little businesses providing locker space just outside the consulate entrance has sprung up, with their representatives jumping almost on top of you as soon as you get out of your Uber.

Finally inside, the consular officer asked Natalia one question, and myself perhaps a dozen, all related to my connection with Iran. To then have some backtalk and, upon her return, issue the visa to Natalia, and deny it to me.

At the moment, it’s not a definite ‘no’, as I was sent a list of questions, by email, that I needed to answer, before a final decision is to be made. I asked how long this process would be expected to take, and, after some hemming and hawing, the consular officer’s choice of words made it clear that the process could take so long that, by the time it would complete, Natalia’s year in the US could already be over.

The questions themselves are fairly ridiculous. See for yourself:

Related:  Strategies for subverting the tyranny of the corporate map

Obviously, I don’t keep track of the contact details of people I worked for 30 years ago. Nor do I know the passport numbers of all passports I ever held. Nor do I even know the addresses of some of the places I lived at, with some not even having formal addresses.

And then, my list of visited countries over the last 15 years is about 150, many of course having been visited multiple times.

All this, of course, for the United States to put the burden and responsibility for obtaining a visa on me; by not fully answering all questions they put to me, they can now come back and say, for example, “you did not provide the name of your supervisor when you were a paperboy, 35 years ago, so we can not issue you a visa”.

Due to my work history, I regularly have been in contact with American consular officers, frequenting the same pubs, social gatherings and whatnot, in several countries in the global south, meaning I often heard about the challenges of these officers in determining whether those applying for a visa had the means to financially survive and the intention to return.

For our application, we also were required to bring the photo album of our wedding, proof of sufficient funds and proof of having ties with the country we were temporarily leaving. But, none of these were asked for.
Clearly, my problem is having been born in Iran.

For my mixed heritage, even though my Iranian connection is tenuous, this episode shows that, whatever one might consider oneself to be, it’s outside forces, greater than yourself, that control what you are, and how you are classified and treated.

In the eyes of the US state, I’m a second tier Dutch citizen.

But, not only in the eyes of the US government. In the Netherlands, the most vocal and perhaps most internationally recognised Dutch politician, Geert Wilders, has advocated (in Dutch) that it should be possible for Dutch citizens with dual nationality, to be sent ‘back’, if they commit a serious enough crime. Though the implications of what he has said could be construed as much broader (in Dutch), perhaps applying to all citizens with at least one parent who was born abroad.
Not only is it practically impossible to denounce your citizenship of some countries, also would my children, even if born in the Netherlands, still match Wilders’ target group.

Related:  Finally made it to JAG

And Wilders goes further, also wanting to prevent those with dual nationalities to vote (in Dutch).

The blatant racism that speaks from this is incredible, and it’s disheartening that this politician gets such broad support (11% in this year’s parliamentary elections), but perhaps more, the plain absurdity of desired policies like this is kafkaesque.

Thankfully, I have some, if little, personal control in preventing Geert Wilders from enacting his plans (though I should probably literally have kicked his shins when I had the chance), but, in relation to the US, the long-running biggest source of international terrorism, treating me as a spy, or terrorist, I am completely powerless in enacting any change, were I can only accept the absurdity and racism as fact.

All of this, of course, should make me strongly consider not to jump through the hoops the American empire puts in front of my face. Yet, the opportunity to study at Harvard for a year is significant.

In the end, these people at the consulate are just following handed-down protocols. With the spectre of Iran as the greatest evil on earth, fuelled by international lobby groups, in turn as a tool to propagate their own survival, with the need to mark an external scapegoat for internal shortcomings, most of us, you and me, are just pawns in a game that we have little control over.

So, we’ll see. I answered the questions they put to me, to the extent I was reasonably able to. I don’t really expect it to be enough, but if it is, I might be able to spend a few months, expenses generously compensated, in the land of the free.

In a surprising perhaps-not-so-coincidence, my fellow director of walk · listen · create, a few weeks later, in Belgium, received a visit from the police, and had to undergo a phone interview with the Ministry of Interior Affairs, supposedly as part of their ‘anti-terrorist’ measures.