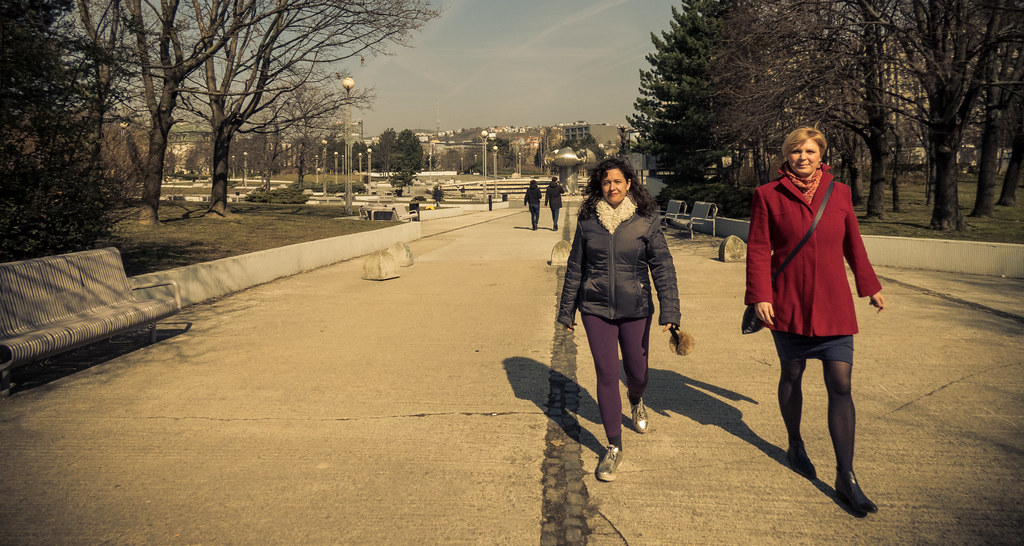 For SWS20, almost all activities were online. We stepped up our game to facilitate a significant number of online events ourselves, and we had not long before started with our series walk · listen · café, on which we expanded during SWS20.

Since then, the website of walk · listen · create (WLC) went through a significant overhaul, streamlining content and visuals.

Late last year, we also started the process of formalising ourselves into a non-profit, which, after being thwarted several times by COVID restrictions on international mail, as well as Belgian bureaucracy, took us months to complete, and is now a fact.
Besides a more practical, and solid, financial footing, this should also make it easier to apply for European, and other, funding.

In July, one of our directors was heavily involved in another festival, Walking as a Question, centred on Prespa, in Greece. In part due to COVID restrictions making international travel difficult, in part due to limited funding, also in part as a consequence of the global pandemic, managing this two week festival, which ended up being a hybrid remote/local, online/offline event, became a tour-de-force, and WLC ended up facilitating the festival’s online presence; participants submitted their work on the WLC website, and a series of 8 cafés, hosted in partnership between Walking as a Question and WLC, focussed on a range of topics in the context of walking art.

Walking as a Question was a huge success, which meant that it’s not yet quite clear what the consequences are for Sound Walk September 2021, happening quite shortly after the events in and around Prespa.
Yet, at this point in time, we’ve already received 72 submissions of walking pieces and walking events which are eligible for the Sound Walk September Awards.

With Sound Walk September, we are trying to move from the digital in to the physical. This year, we are facilitating the first instalment of Sound Walk City, called Sound Walk City · prelude, which is mostly happening in Ljubljana, the capital of Slovenia, and lead by Cona, institute for contemporary arts processing.

Part of Sound Walk City · prelude is a full day Dérive app workshop, called Beat a Situationist. At his own game., which will be a truly hybrid affair; local/global, online/offline, hands-on/listening in, and will see speakers from at least three continents.

Also in September, we’re facilitating a two day workshop, How to design your own wayfinding system, lead by the Vienna-based hi-pe.at.

And there’s more; we’re hosting a writing competition on walking and listening. The deadline is in a good week, with several connected events scheduled for September, including the publication of a booklet with the winning texts.

Then, last year’s Shorelines, a collaborative project on writing and reciting, is used again this September in two workshops.

It’s been a busy few months.

In late August, Geert, WLC’s director based in Belgium, where we registered our non-profit, both got a visit from the police to ‘confirm whether WLC is legit’, and had to go through a phone interview with the Ministry of Interior Affairs, related to ‘terrorism security’.

Surely, not every new business in Belgium gets a visit from the police, and gets interviewed by the state. One would be tempted to think this is connected to my requesting a visa for the United States.