The ruins of Chellah, close to Rabat in Morocco 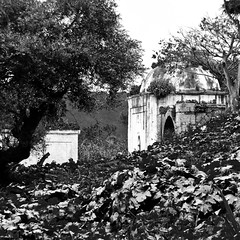 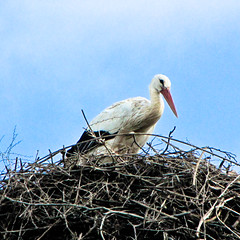 But... where are the babies?
World » Morocco » Rabat » Ruins of Chellah

Not too far from Rabat are the ruins of lixus, a former settlement already occupied by a sun worshipping people before the Phoenicians set up shop around 1000BC. The site is considered the oldest surviving settlement in Morocco and, according to Pliny the elder, the site where Hercules had to collect the golden apples, tangerines, from the garden of Hesperides.
Our day was spent visiting a less illustrious set of ruins, Chellah, on the edge of Rabat. This, also where first the Phoenicians, then the Romans and then the Almohads set up shop. The Romans left some of the ruins still viewable and the Almohads topped that off with a necropolis. Now, the site is owned by storks and kittens, one being so friendly she literally crawled all over me.

Unfortunately, most of the day saw heavy rains and storms limit are maneuverability.

Related:  Three leopards are one
This text is available under a cc-nc-a license.