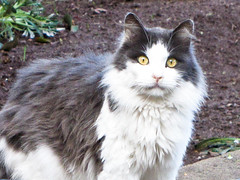 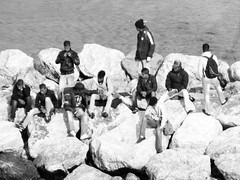 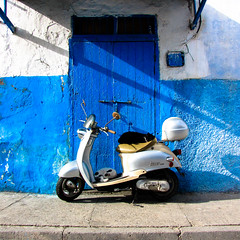 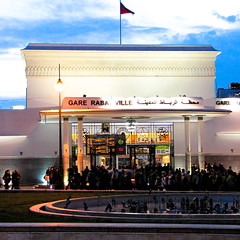 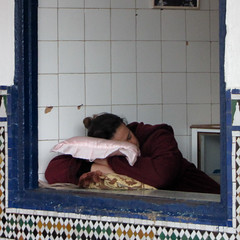 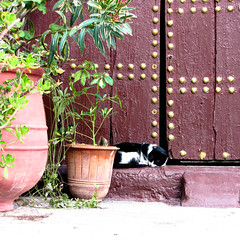 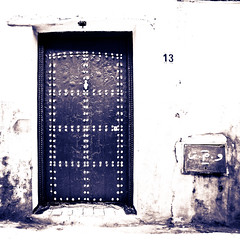 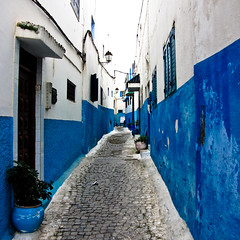 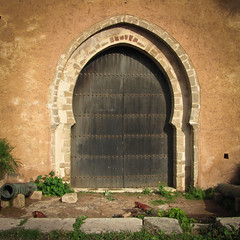 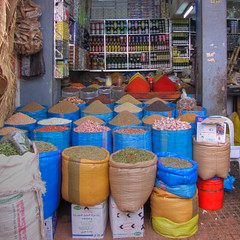 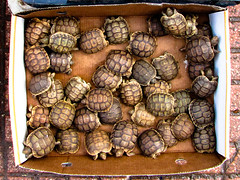 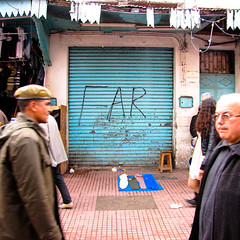 Morocco's train network and it's materiel are in excellent condition and, when possible, the preferred way of traveling. Our first stop after Casablanca was going to be Rabat, not even an hour away.
Here, the medina is not too old, destroyed by the earthquake which also roughed up Lisbon in 1755, but more attractive, and less oppressing, then in Casablanca. The nearby old fort, the casbah, is pretty, almost feeling like a Greek village with it's walls partially painted blue, and has great views of the Atlantic and the town of Sale on the other side of the river dividing the two towns.

Near the end of the day, we stumbled upon a large demonstration in front of the house of representatives. A few thousand mostly young adults, split up in a few groups identified by differently colored vests, were chanting songs and slogans.
Just at dusk, the masses of what mostly must have been students made for some nice pictures. Shooting a few, I was quickly chased down by security guards in civilian clothing: "are you a journalist?", "ehm… A citizen journalist", I responded. "you have to delete the photos. Show me."
I didn't feel that claims extolling the virtues of freedom of the press were going to go done very well at that very moment. And, additionally, it might have been bad to claim to be a journalist, without accreditation.

Related:  The joy of Varna
This text is available under a cc-nc-a license.