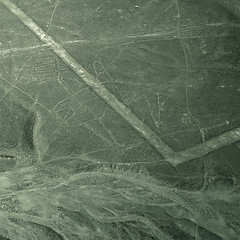 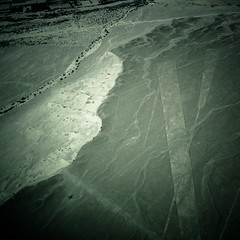 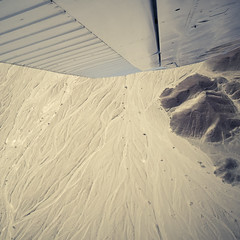 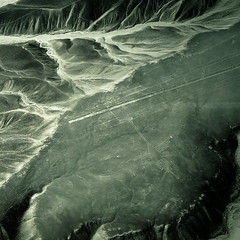 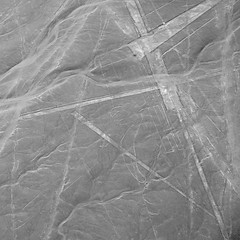 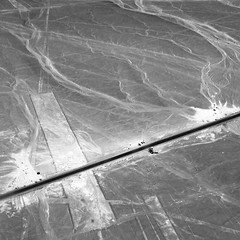 The relative scale of Nazca 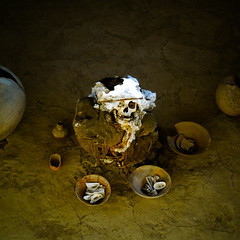 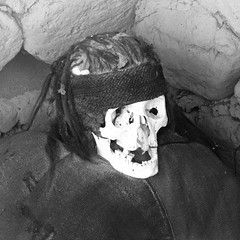 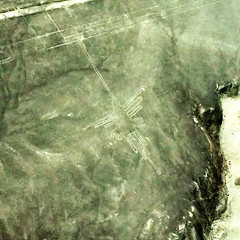 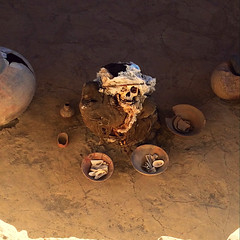 Valley of the dead
World » Peru » Nazca » The tree

Built on top of an old Inca capital, the town of Nazca was leveled by an earthquake in 1996. The central square, Plaza de Armas, the name almost every central square in Spanish speaking Central America seems to be blessed with, is pleasant, and though the town is reasonably lively, now, the city's primary reason for existing is the tourism industry surrounding the Nazca lines in the nearby barren desert. Recently, a series of pyramids were uncovered nearby, which could increase interest in the region significantly.

Rediscovered by accident, on one of the first commercial flights in Peru's coastal region, the gigantic figurines etched in the rocky ground are impressive and, indeed, almost unnoticeable on ground level. On my first day, I tried exploring some of the lines on foot from a nearby town, but, without the overview, it was impossible to locate any. That said, some are viewable from a small observation tower, and those, smaller than some, would be noticeable at ground level, if you'd know what to look for and where to look.
A second viewing point, from a central hill, reveals none of the figures, but does allow for seeing a bunch of the slowly fading straight lines that seemingly go on forever into sheer nothingness.

With the discovery of the pyramids, the growing consensus seems to be for the Nazca lines to have been extensions of the religious functions performed at the pyramids, the individual Nazca figures perhaps representing individual peoples from the greater region. Perhaps not as exotic as Von Daeniken would have like, but still utterly fascinating for the scale of the whole project.

Related:  It is not all rubber that bounces

Besides the lines and the pyramid, there's a nearby Inca burial ground where artifacts and mummies crowd the surface, as well as the tallest dune in the world, ideal for sand boarding.