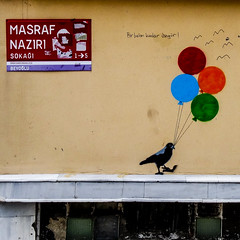 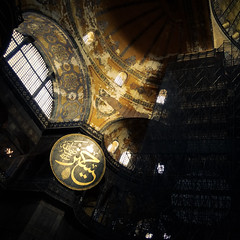 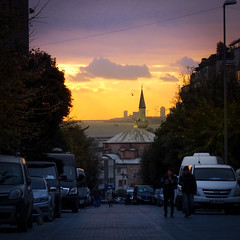 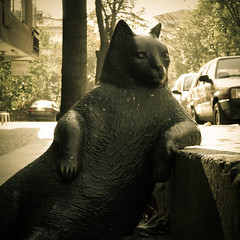 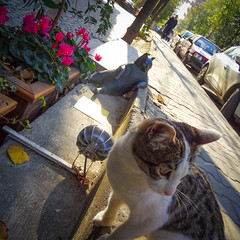 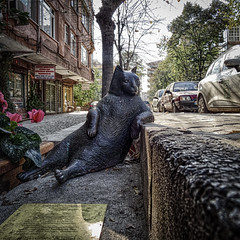 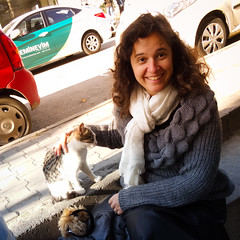 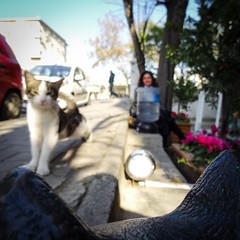 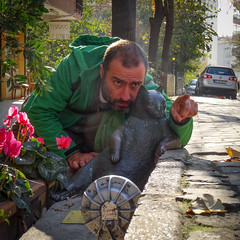 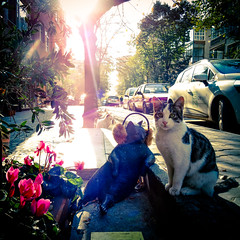 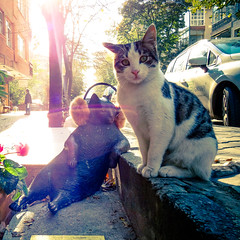 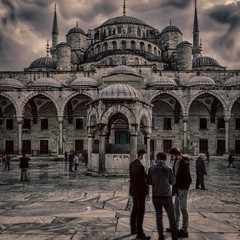 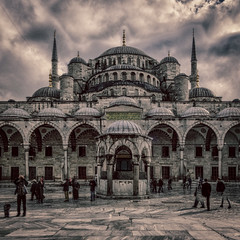 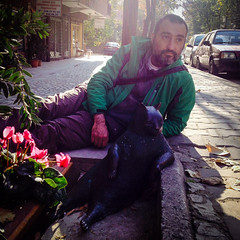 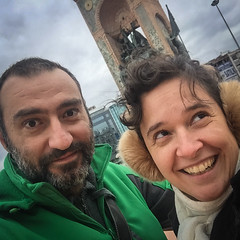 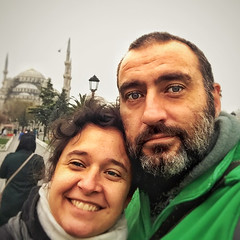 I had one primary objective in Istanbul; to find the statue of Tomboli, a fat cat which became famous after a photo of him lounging on the sidewalk went viral. Tomboli passed away earlier this year and residents of his suburb on the Asian side of the city campaigned for a statue.
The place has the potential to become a major tourist attraction, but for now, it’s a sleepy corner where the next door pideci has shut down.

A pideci is a Turkish pizzeria. Turkish pizzas resemble Italian calzones and can be gorgeous. Our secondary objective was to find a pideci serving a closed pizza with a raw egg. A hole is cut in the top of the pizza, the raw egg is poured in and you then swirl the pizza from side to side until the egg has solidified.

We managed. It was good.

Walking through town, we bumped into a little van operating as a food truck, selling “coffee and cat food”. The streets of Istanbul are filled with friendly kittens, creating instant cat cafes.

The city was almost devoid of tourists. We asked several of the Turks we met, why, but all claimed it was just the time of the year, winter being low season.
That is, until a restaurant operator mentioned that in summer it had also been very quiet. He then specifically mentioned a terrorist threat and, from the depths of my mind, I remembered something had happened earlier in the year. Not just the attempted coup, but, in January, indeed, a suicide attack right in the middle of Sultanahmet, the tourist heart of Istanbul, had left ten people dead.
Quite obviously, Erdogan, the country’s president, is playing a dangerous game in Syria and Iraq. Turkey has been making money, both through being the middle man for arms being shipped from Libya to Syrian rebels, sanctioned by the US, and by allowing the sale of Syrian and Iraqi oil, through Turkey, while trying to curb Kurdish influence in the region.

Related:  Just before take off

Sadly, Turkey, or rather Erdogan, has now grown so confident, and the country as a whole so economically strong, that the EU’s pressure for Turkish reforms are now no longer a driver for Turkey to get access to the economical and political systems of Europe, Erdogan seemingly taking the gamble that connections with Russia, China and Iran, all autocratic regimes, will be sufficient to sustain his position and further the country’s and his interests.

The tourists we did see were all from the Arabian peninsula. The women veiled, these visitors not much appreciated by the Turkish hosts.