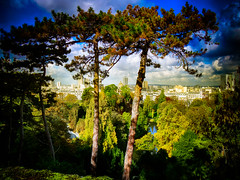 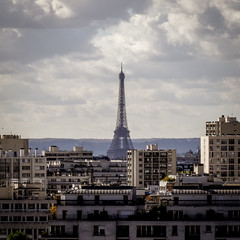 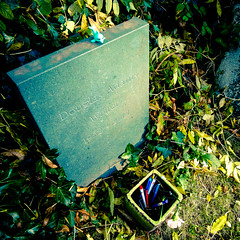 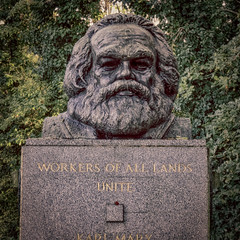 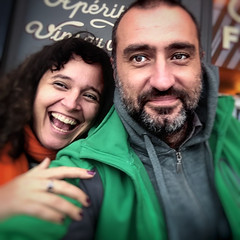 Paris is making us gay 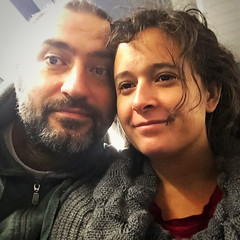 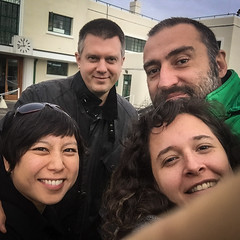 Having drinks at the oldest commercial airport in the world 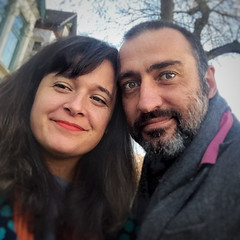 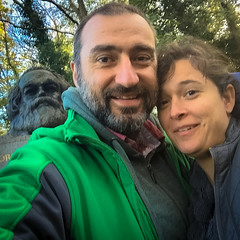 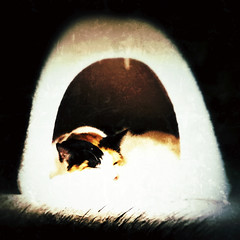 Meanwhile, at the cat cafe 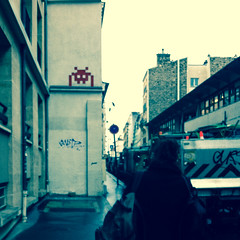 These things are everywhere 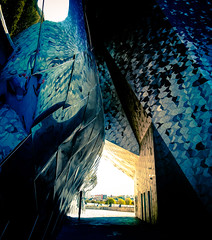 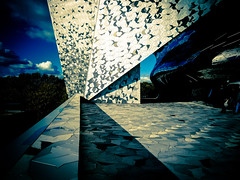 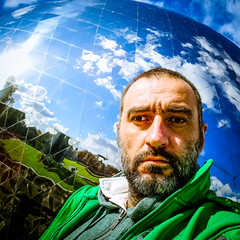 In front of the Géode 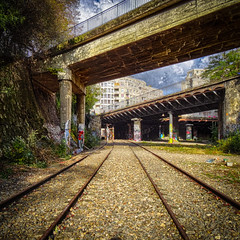 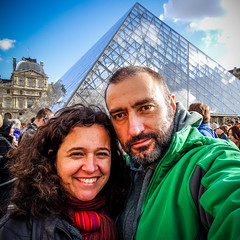 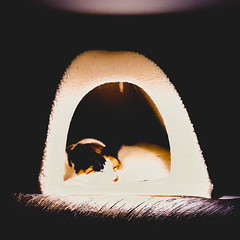 After a short stop in Holland, and a quick lunch in Brussels, I was off to London, where Natalia, after spending a week in Italy with friends, showed up a few hours later. I needed to be in London first to do a presentation on Kompl at the London Meteor user group, then to manage a press event, also for Kompl, for journalists, who, sponsored by Eurostar, were going to travel to Paris to try out the app.

It meant staying in Paris for a few days with friends, where I again discovered who unbelievably expensive Paris really is. On the other hand, the house we stayed in was rather unique, one of the features being one of Manu Chao’s actual platinum records hanging on one of its walls.

Back in the UK, no visit complete without visiting friends in Brighton. This included a day trip to Chichester and Shoreham, which, perhaps, is host to the oldest ‘purpose-built’ airport in the world. Perhaps, because this page lists an airport in Maryland as being older while not listing the airport in Shoreham at all in its list of ten oldest airports in the world.

London now has two cat cafes. Online reservation is mandatory and demand is high. Natalia didn’t feel like coming along, and securing one slot was still a possibility.
But, I was less impressed by the cafe as I expected. The cats, a bit over a dozen, were all very pretty, but the continuous attention also has made them much less keen on interacting with visitors. Then, the use of treats and toys, with all patrons brandishing cameras all the time, meant the scene felt quite a bit too contrived, artificial.
The cats do respond to staff, who are the ones feeding them. But that also meant that, after feeding time some 40 minutes before closing, satisfied, all cats retreated for naps.

We stopped by the grave of Karl Marx, in Highgate cemetery. With a bunch of famous dead people, not completely unlike Pere Lachaise in Paris, with the difference that, here, visitors have to pay four pounds to get in, something that surely makes Marx continuously spin in his grave.
Other residents include Douglas Adams and Alexander Litvinenko, the Russian journalist who died because of radiation poisoning after what possibly was a Russian state sanctioned assassination. The latter is in a section of the cemetery that costs an additional 8 pounds to visit. Not because of the background radiation, but because his section of the cemetery is older and more fragile and visits are conducted only with a guide.