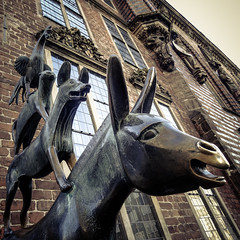 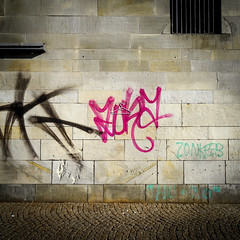 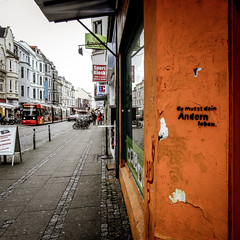 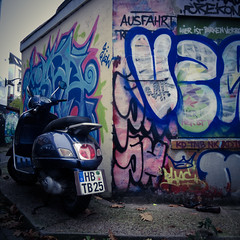 From Hamburg to Delft, it’s easy to travel through Bremen, home of another World Heritage Site. Here, it’s the town hall and the statue of a ‘Roland’, the oldest known version of the man. Rolands were used to represent the free trading nature of the host city, something this Hansestad, like any other of its kind, was awarded early on, as Bremen joined the Hanseatic league in 1260.

The current Roland dates from 1404, with an earlier wooden one having been burnt down in 1366. It is said that Bremen will remain free and independent for as long as Roland stands watch over the city. For this reason, supposedly, a second Roland statue is kept hidden in the town hall’s underground vaults, so that, if the original might fall or be destroyed, it can quickly be replaced with a copy.

A Roland statue typically represents a knight with a drawn sword, signifying the town privileges of a medieval city. Mostly, Rolands are found in northern and eastern Germany, but examples survive in places as far away as Croatia, Latvia, but also the US and even Brazil.

Roland was a Frankish military leader under Charlemagne who died in August 778. He was a military governor and responsible for defending the frontiers of the kingdom of the Franks against the Bretons and was supposedly killed by rebellious Basques in Iberia.
According to a literary tradition that sprung up, Roland was one of the twelve paladins of Charlemagne, paladins being particularly respected warriors at the court of this king. Specifically, the paladins represented Christian valour against the Saracen hordes inside Europe. Though, originally with Ptolemy, Saracens referred to nomads from, roughly, the Sinai peninsula, by the middle ages, Saracens had come to signify muslim Arabs.

In the literary tradition, Roland is associated with his sword Durendal, his horse Veillantif, and his oliphant horn, a type of wind instrument and, in perhaps true medieval poetic obfuscation, specifically in Germany, Roland eventually became a symbol for the independence of the mercantile cities and classes from the local nobility, hence the statues in cities like Bremen.

Bremen is also known for the ‘musicians of Bremen’, a fairy tale by the brothers Grimm. In the story a donkey, a dog, a cat, and a rooster are discarded or mistreated by their masters and set out together on the road to Bremen, known for its freedom, to live without owners and become musicians there.
Somewhat curiously, they never make it and eventually settle in a house on the road to Bremen to live out their lives.