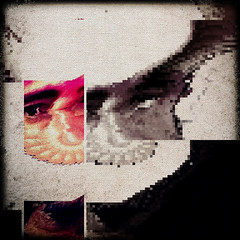 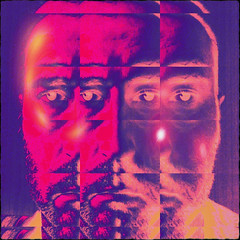 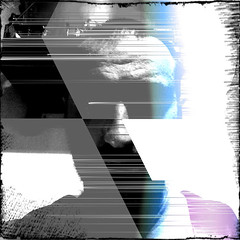 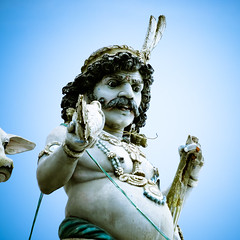 Is that a taco? 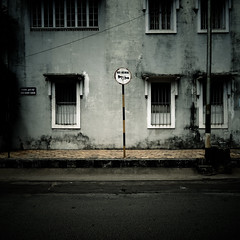 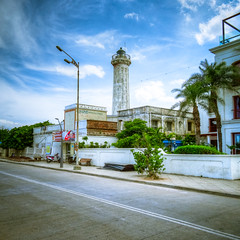 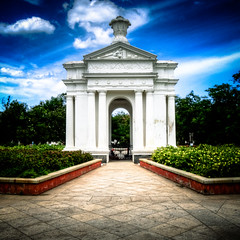 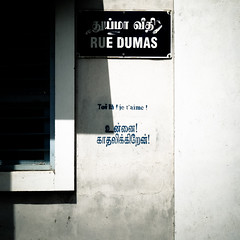 You there! I love you! 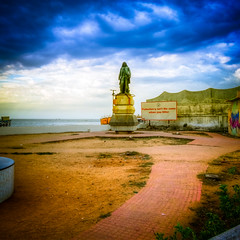 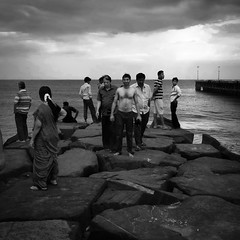 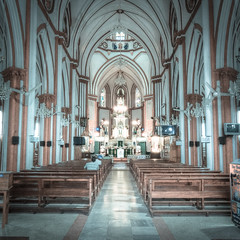 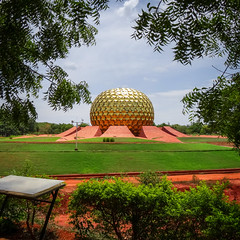 Very recently still called Pondicherry, this was France's major toehold on the Indian subcontinent. But, besides street names, there's little decidedly French that's left in Puducherry.
The city is split in half by an open sewer. The coastal, eastern, side, with its colonial architecture, boulevard and government buildings being pleasantly quiet, the western side, a typical, noisy, overly busy, Indian town.
Though there are some restaurants and cafes that conjure up distant continental memories, much of these are recent inventions, capitalizing on Puducherry's popularity as a former French colonial stronghold.
The only real colonial leftovers are a sizable French consulate and one of the oldest Alliance Française outside of France.
And, the police wear round flat, red, caps, clear copies of a gendarme's headdress, policing the boulevard in the evening, when it is off limits for cars, and families stroll, while others try their best at speed walking, burning the calories.

One of the temples in Puducherry has a resident elephant. You can buy some food and feed it to her, or give her some money directly, and she'll respond by blessing you with a pat on your head with her trunk.

Nearby is Auroville, a bit of a city of idealists, where individuals from over 40 countries celebrate their ideals by contributing to the common good through each nation's unique strenghts. Not exactly a hippie community, the underlying ideals are clearly, without explicitly saying it, communist.
Founded by 'The mother', a Turkish/Jewish/French third culture kid born in 1878. Not surprisingly unable to easily settle, she moved around until becoming the spiritual collaborator of Sri Aurobindo, founding his ashram and settling in Pondicherry. In the 1960s, Mother laid the groundwork for 'a place where humanity could seek the Divine without having to dredge for food and shelter'. The Government of India then endorsed the township, and in 1966, UNESCO did so too, inviting its member-states to participate in the development of Auroville.

Related:  The great Gatsby: a sandwich to die for

The park, for it's not exactly a city or village, is centered around a huge golden golf ball, the Matrimandir, "a symbol of the Divine's answer to man's inspiration for perfection". A nice example of paleofuturistic architecture.
The government of India owns and manages the Auroville foundation, but apparently only provides a small part of the budget. But, then, where did the funds for the 56kg of pure gold which can be found in the shell of the golf ball.