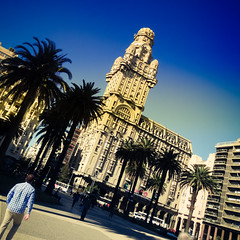 Once the tallest building in South America 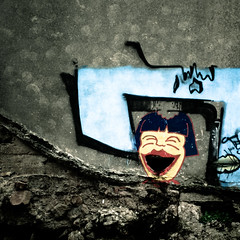 A hole in the wall 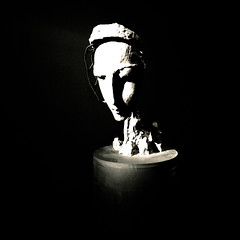 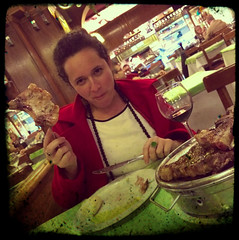 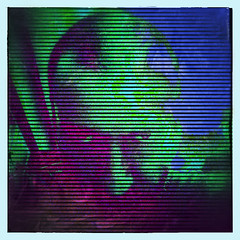 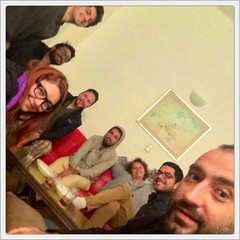 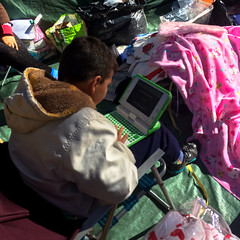 A XO in the wild! 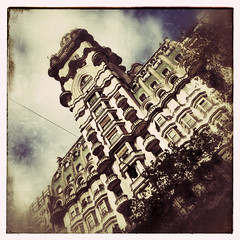 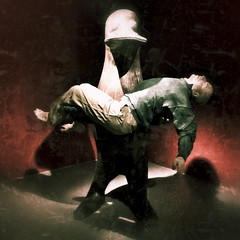 Look what I found 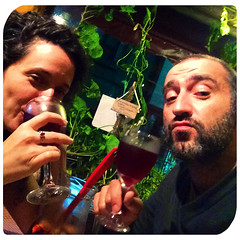 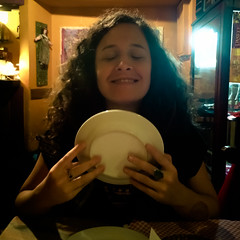 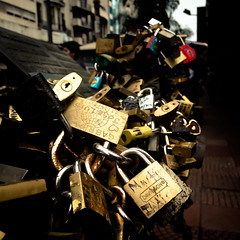 Just under three months on he road, and only now entering my third country, Uruguay's capital, with many of its neoclassical buildings still standing, their construction the result of a 19th century beef boom, apparently shows parallels with its big brother across the wide Rio de la Plata, Buenos Aires.
That also means that Montevideo is a distant cousin to Budapest. Having had its boom around the same time, there are architectural parallels between the three cities. And, indeed, not only did the crisp morning air, upon my arrival, feel reminiscent of Eastern Europe in autumn, minus the air pollution, mind you, walking to my hostel gave me ample an impression of the host of neoclassical constructions, with sprinklings of more modernist buildings, very similar to walking on the main streets of the Hungarian capital, if more subdued.
I also passed a sign for a supermarket calling itself the best in the country. It's called 'Englesa'.

Uruguay is tiny country (only Suriname and French Guyana are smaller in South America) of 3.5 million people. The official name, in Spanish, República Oriental del Uruguay, can be translated to English in three ways, two of which mean something quite different; Is it the republic east of the Uruguay (river), or is it the eastern republic of Uruguay?
Half the people live in the capital, Montevideo, which is the southernmost capital in the Americas and the third most southern capital in the world. Just a tad more to the south than Cape Town, only Wellington and Canberra are further south.

Fascinating, for a name that appears so obvious, the etymological history of the name Montevideo is disputed, and scholars agree that it probably doesn't come from the rough translation of 'I saw a mountain'.
Scholars do agree which mountain would have been the subject of the name; a small hill across the bay from the old town, where the city's fort is located.

Related:  A return to Brazil

The country has been in the news more recently after a former left wing radical, José Mujica, was elected to the presidency in 2009. He gives away most of his salary, drives around in an old beetle and legalized abortion, marijuana and same sex marriages.
Per capita, Uruguay provides the most personnel to UN peace keeping forces.

Though southern Brazil is of mostly German and Italian origin, in Uruguay the dominant genes are Spanish and Italian.
He country has a largish Armenian minority.

Oddly, for its size, the country does well in international soccer. Though only qualifying thrice for the World Cup in the last six (including the current one), they reached the semis in 2010 and have exported about as many players in the 2000s as Brazil and Argentina. They also won the first World Cup, ever, in 1930.

Interesting for techies, Uruguay committed itself to providing a laptop for every child, in 2009, through the OLPC program. And, I spotted one in the wild, a boy hammering away on one at a fruit and veg market.

Besides the enjoyable architectural bits and pieces, Uruguay is specifically known for its cuisine. Though, with the Gaucho culture, quite similar to Argentina, we had Argentineans tell us that the best meat in Argentina actually comes from Uruguay.
Uruguayans take their food very serious, in a Southern European kind of way. Though, I'm starting to think that this is typical for much of the continent. What's more surprising is that many restaurants and cafés are just not open very often in Montevideo. Plenty only open for lunch, while restaurants that do serve dinner often typically only open their doors at eight in the evening.
Just like in Southern Europe, adding a cover charge to the bill is typical. Then, some, Brazilian style, add a suggested 10 percent tip, while others explicitly ask you how much tip you'd like to add to the bill.

One of the signature Uruguayan foods is the chivito, a sandwich best compared to the Brazilian x-tudo. A fairly small bread roll flowing over with meats, egg, lettuce and tomatoes. It's also the easiest food to buy from one of the many food trucks around town.

The most interesting museum in town is the newly established Andes 1972 museum, commemorating the crash of the plane carrying the Uruguayan rugby team in 1972, in the Andes, on the border between Chile and Argentina.

Natalia flew in to liven up the city. After a whirlwind visit, I stayed another day. Then, at dinner, finishing a very decent cannelloni with spinach, a doctor stopped by my table, asking if I wanted to have my blood pressure taken. Wut?!