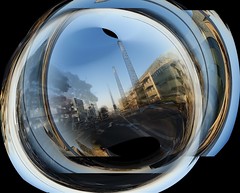 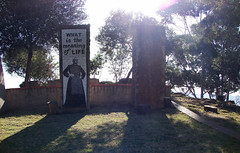 What is the meaning of life? 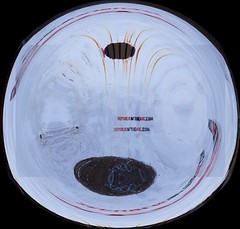 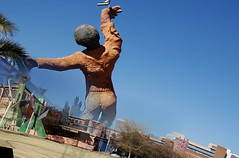 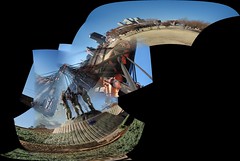 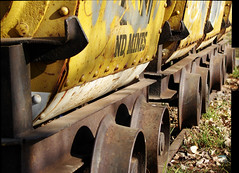 After moving from Windows to Mac, I need to get acquainted with the right Mac-based applications for stuff I’m used to on Windows. Mostly, that’s not too much of a hassle as, generally, the same or better applications exist on Mac. However, oddly enough, the area that I find most lacking is specialist photo manipulation tools. Three in particular which I used on Windows, I can’t get on Mac and I haven’t found the right equivalent for yet. You can read up on my current list of Mac applications.

One of the tools I have a hard time replacing is Panavue. Panavue is, in my experience, the easiest to use panorama building applications with the best results. Panavue’s main advantage is twofold: It’s easy to use and it’s very tolerant of imprecise source images. Typically, if you’re going to build a panorama, convention says you have to use a tripod and shoot in manual mode. However, Panavue is very tolerant, meaning I practically always shoot by hand and often in semi-automatic or even fully automatic mode, without any negative results in the resulting panorama.

So, as the Mac is supposed to be a machine for photographers and designers, I figured that finding a decent application to replace this bit of functionality wouldn’t be too hard.
Well, so far I’ve tried over 10 panorama building applications, and only two have turned out to be reasonable. The first is PTGui, which seems to create good panoramas but is counter intuitive to use. The second is Autopano Pro, which is a breeze to use but also seems less accurate.
One cool functionality of Autopano is that it can recognize source images for panoramas when you pass it a collection of photos. To try that out, I threw in all 400 or so pictures I took on Monday, of public art in Johannesburg, for Beeldenstad.net. It recognized all intended panoramas (less then 10), but also created oddities from sometimes related pictures (over 60). Here are the best ones.

Related:  Mountains of the Moon and milky breasts

A regular panorama. Nothing wrong here.

Intended to be a panorama, I’m not too impressed however. The colors are flat and the buildings look a bit skewed.

Not a very good panorama, but also not intended to be a panorama. I was hoping to shoot some images of a mural on the grounds of a church, but the gates were locked. I was able to look in, and saw this mosaic. Shot some crappy images and left.
But Autopano thought it had to be a panorama.

Although not intended as a panorama, this mix of images of the same subject worked out really well. It’s almost pretty good.

So not intended to be a panorama and you have to look closely to actually see why it is one. This panorama consists of two images. One large one, the main image, and one small one, a close up of some of the wheels in the back. Autopano impressively realised it was looking at a detail of another picture and stitched them together.

I shot more closeups of the wheels in the hope I would land a masterpiece. I didn’t, but Autopano thought I had something going and stitched my disjointed images together.

There’s a park in Newtown, Johannesburg, where there’s a series of artworks. One of them commemorates municipal workers and that’s the one you see below, sort of. Autopano took a few images that were taken in the same location and recognized the skyline was similar so that, therefore, they had to be stitched.

I shot two pictures of a white wall with the text “republicofthemic.com” on it, twice. Neither of the images contained a piece of pavement, yet here it is.

The mashup below is of an artwork called Obelisk, not far from Sandton in Johannesburg. The artwork is on a traffic island. I wanted to take a few pictures of it for the website Beeldenstad.net, but there was no where near to park, so I made it into a drive by shooting, sitting behind the wheel of my car while having one arm, with camera, out of the window.

Autopano obviously was able to match the related photos, even though they do not make up a panorama; their photos of the same object at different distances. Still, Autopano thought differently and tried some warping and adjusting to bring them together.