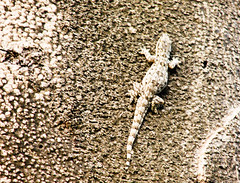 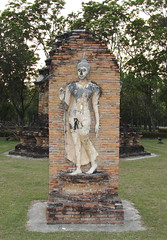 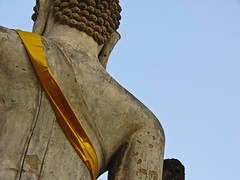 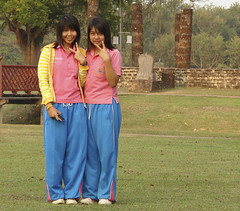 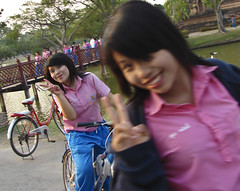 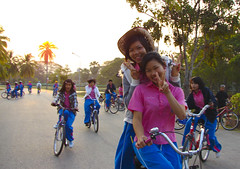 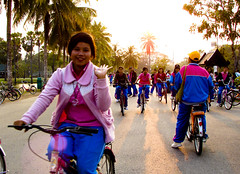 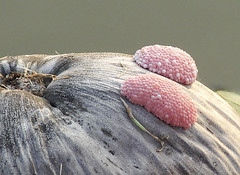 Frog eggs on a floating coconut

Bird's nest in a light pole 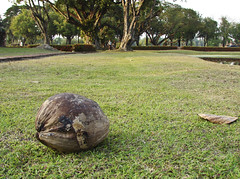 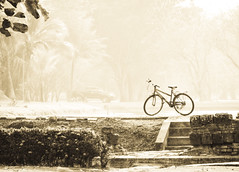 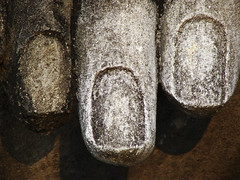 The hand of buddha 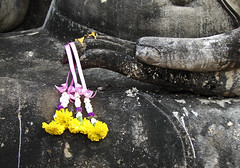 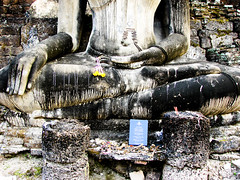 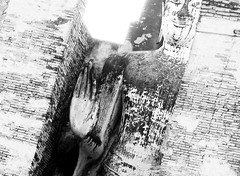 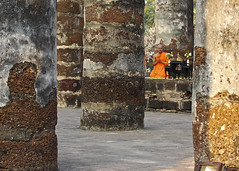 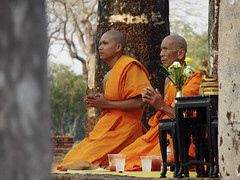 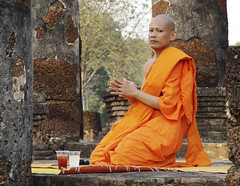 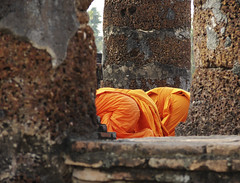 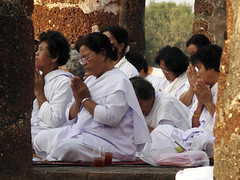 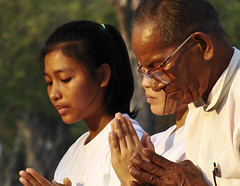 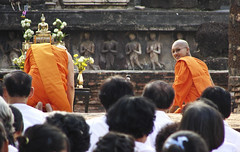 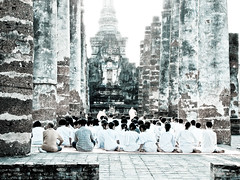 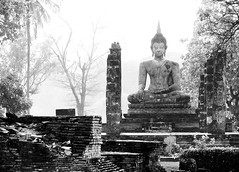 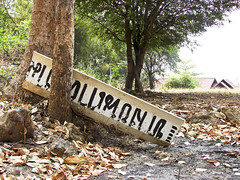 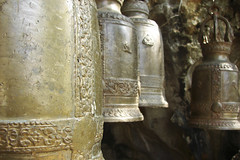 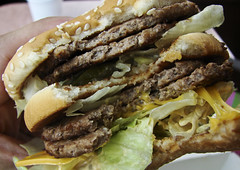 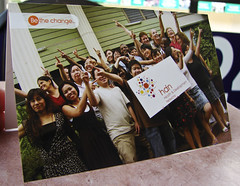 Thailand seems to have more former capitals than some countries have former heads of state. For reasons not completely clear to me, Thai seem to have enjoyed shifting their capitals around every 100 years or so.
Sukhotai, one of the more prominent former capitals, isn’t one of the newer ones, at its peak from the mid-13th to late 14th centuries. In the early 15th century, the kingdom with Sukhotai as its capital was absorbed by the kingdom of Ayuthaya.

Sukhotai, I’m told, still is the main center in Thailand for Loy Krathong celebrations, which Betsy and I attended in Chiang Mai last year.
Now, today, saw another Buddhist holiday, Makha Bucha, which remembers that faithful day, some 2500 years ago, when, unannounced and without prior agreement, some 1250 disciples of the lord Buddha himself suddenly showed up at the same time to listen to the man preaching.
We were hoping to experience some special religious services and, we had been told, hordes of people walking around the wats (temples) with candles. We got busloads of kids posing for photographs.

At some point, walking around the ruins of a many columned wat, I involuntarily had a flashback to walking around the ruins of Persepolis a few years back, even though the resemblance with Ayuthaya is much more obvious and stronger.
Then there are the stone slabs at many wat entrances, reminding me of the stone slabs dotting the Mongolian countryside.
And to top things of, the next day, in yet another temple, inside the main stupa or chedi, we found a richly decorated man-sized white protrusion. I immediately thought of an omphalos, the Greek naval stones representing the center of the world (not too strange, perhaps surprisingly, as the Wikipedia entry on omphalos actually mentions the city of Chiang Rai, just north of Chiang Mai).
It was only on second thoughts that I figured the thing more likely represented a lotus bud, which was also Pascal’s assumption. Felicia’s immediate response to my questioning her what she thought the thing was was slightly more Freudian: “A penis”.

We were traveling with 5 people in Pascal’s “Sherman”, a bakkie or pick up truck with a bunch of cushions in the back for comfort. Originally, we were expecting to travel with 9. Luckily, we didn’t have the extra four to fit in the truck, sardines as we are not.

HDN has used a photo of mine on the cover of a promotional card. And I ate a double Big Mac. The thing was almost impossible to handle, falling apart in my hands.