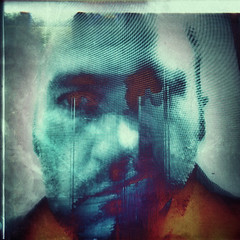 The mountains of Arequipa 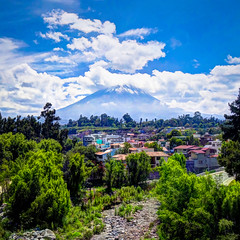 The most impressive feature of Arequipa is the string of overwhelming volcanoes surrounding the northern edge of the town. The town itself is not unattractive, but lacks the colonial grandeur of similar cities in the region. There are no pre-Colombian sites in the area.

The word 'Arequipa' derives from an Incan phrase meaning 'yes I stay here'. Funnier, one of the town's suburbs is named after its original inhabitants commonnly wearing 'black underwear'.

Arequipa is rather popular with tourists. In part due to the cuteness of the town, more importantly because of the nearby Colca Canyon, by many said to be more impressive than the Grand Canyon in the US.
However, I decided against visiting. It's quite the undertaking and the weather was too variable to enjoy a trip on my own.

Related:  Total ONIge!
This text is available under a cc-nc-a license.