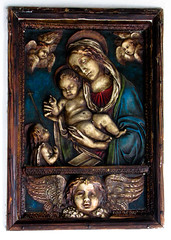 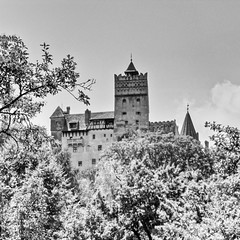 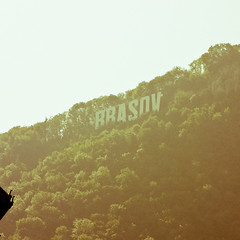 Getting in or out of Chisinau presents you with limited choices. Though there are occasional long distance trains, going to and coming from as far away as Berlin and Moscow, but these only typically run about once a week.
There is a daily night train between the Moldovan capital and Bucharest, but busses are significantly more common. So, skipping Bucharest to save time which would allow me to potentially participate in a pubquiz in Budapest on Thursday, I took a bus to Brasov, just under two hundred kilometers north of Bucharest.

Brasov, its name deriving from the Turkic for “white water”, once in the domain of the Hungarians, is firmly in the heart of Transylvania. The city isn’t very big, only counting some 300.000 peeps as it’s inhabitants, and the old town of the city is embedded between two scissoring steep cliff faces, which rise up hundreds of meters above the old city.
The town itself is actually a tad boring, feeling like a remote Austrian or south German town. And it’s also horribly touristy, the whole year through, thanks to the nearby ski slopes and the also nearby home of Vlad the Impaler, more colloquially known as Dracula.
You can even visit the man’s castle, though he had several. Apparently, a country has to take pride in one’s serial killers.

More interesting is the castle’s history before Vlad associated himself with it, if only briefly.
A castle was first built by the Teutonic knights in the early 13th century, this one was destroyed by the advancing Mongols in 1242. Consider how close the Mongols came to conquering the world. Not because they were defeated, but because the generals were called back to select a successor to the great khan Ogedei, the third son of Chinggis Khan. Talk about a case of being saved by the bell.
The rebuilt Bran castle, put together by the Saxons and allowed for by the ruling Hungarian king was then first used in the defense against the Ottomans in 1378, after which a back and forth took place for a while, which included the short term ownership of Vlad III, in 1459, the individual on which Dracula was modeled.
Now, the building is a museum with a host of materials from the Romanian queen Mary and, actually, not really worth visiting. Sure, the setting is nice, but Vlad the Impaler is only a minor side story, and the disneyfication in the village of Bran is second to none.

Related:  And we call him ‘Loves That Shit’

No sweet transvestites were encountered.

Even the Romanian train network now deploys time-differentiated pricing in the style of Ryanair. Want to travel tomorrow to Budapest? You’ll pay up to twice as much as if you had booked a week in advance. Is that reasonable? A public service run by the government shouldn’t try to take advantage of it’s subjects in a market where competition is not possible.