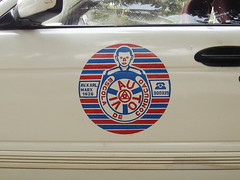 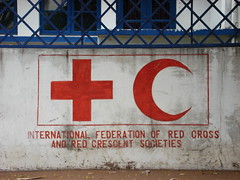 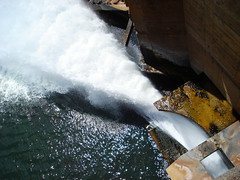 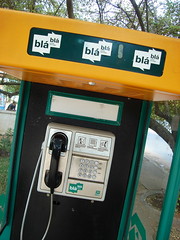 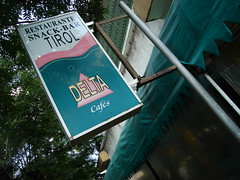 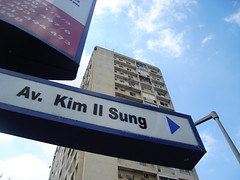 Muslims are making inroads into Maputo. The more upmarket bars and restaurants now all seem to be run by Moroccans, Lebanese or Arabs. More upmarket meaning there’s a menu in more than one language, the floor is swept and the lights actually work. Some of the venues show an Arab news channel running all day.
And what seems to be the only modern department store in Maputo with all the electronic gadgets you can ever wish for (and prizes that would give you an instant heart attack) has its walls covered in English/Arab marketing material.

At the hostel, Fatima’s, it’s clear this is much more the frontier than South Africa is. There’s a Frenchman and a Brazilian/Mozambican/Portuguese/South African who both served in some south east Asian army as a shooter and a sniper respectively.
There’s a 38 year old South African, who has a three week old kid in Cape Town who he’s never seen.
“When are you going to see her?” I asked.
“I don’t know. I first need to find a job, get some bucks.”
And there are two Norwegians, two Swedes and three Danes all doing “Field work”…

I weaselled my way into today’s hash. I didn’t want to reserve upfront because of the absurd published cost: 350 dollar per person, without the possibility of organizing your own accommodation. And considering the main venue’s cheapest rooms were 90 dollar per night, you can understand some savings could have been made there.
Now however, I paid slightly less. I arrived just in time at the main venue, the expensive hotel Cordosa, and made it known I wanted to run on Saturday and Sunday.
“How much will it cost”
“Ah… I don’t know… Don’t worry, we’ll sort it out later.”
Later hasn’t arrived yet.

Reasonably well organized, all hashers could choose from three walks and three runs. All were set in the Namaacha province, close to Swaziland, near the only public works project Samora Machel ever completed, a dam which supplies Maputo with fresh drinking water.
I went for the middle distance run, together with some 60 other runners. Only about six of us victims managed to run on a few stretches of the course. The heat was extreme, the humidity killing. Between leaving the hotel and starting the run, I had already finished two litres of water. On the longer run, three poor basterds had to be carted off to hospital for dehydration.

At lunch, at a villa made for/by Samora Machel to enjoy his own private lake, the whole crowd got together. Only four other hashers from the Pretoria hash, but also ten from Harare, old friends, and one from Kabul!