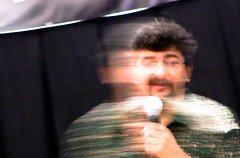 The goats are going wild 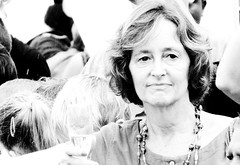 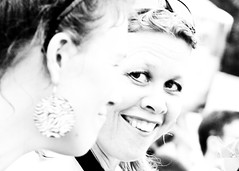 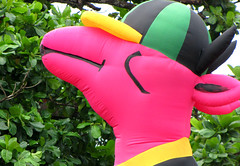 It's the master goat himself 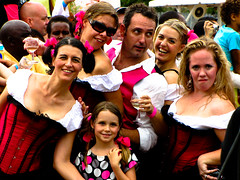 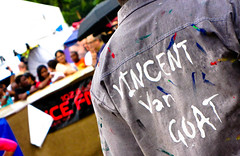 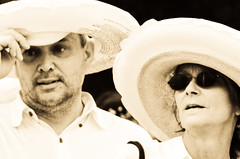 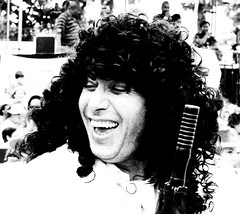 Garry Glitter? Brian May? Who? 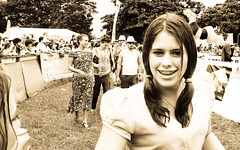 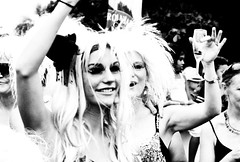 Raving with the goats 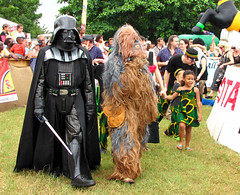 Chewbecca in an ungodly pact with Darth Vader? 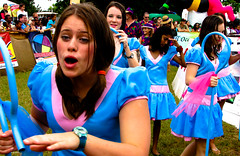 Have you seen my goat? 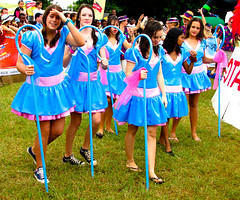 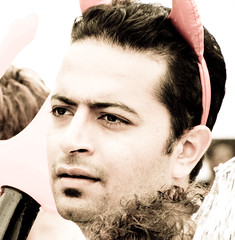 The devil made me do it! 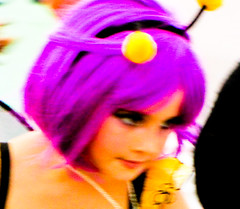 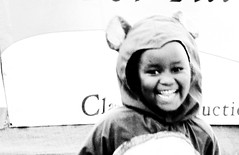 This one is for the bear lovers 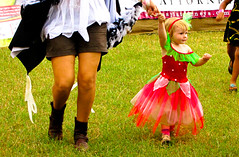 Hot chick (on the left) 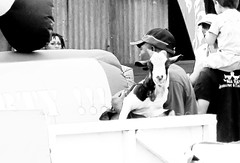 The goat's being carried off 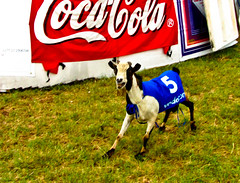 The goats are going for a trot 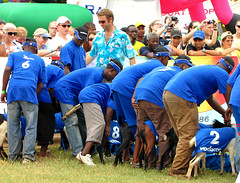 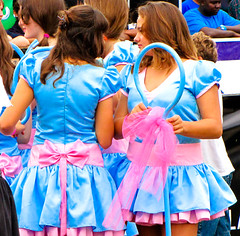 The lord is MY shepherd 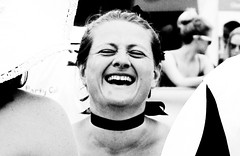 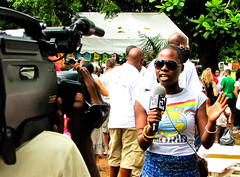 At the entrance to the goat races 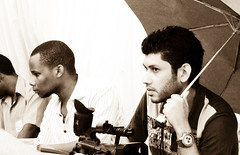 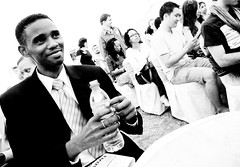 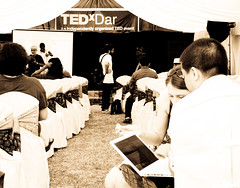 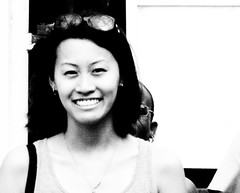 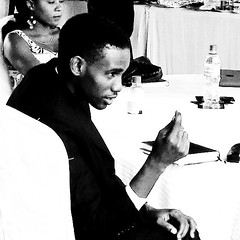 One of probably the conceptually more weirder events you could think of are the annual Dar es Salaam goat races. Sadly, in reality, they’re not that obscure, the event primarily being a family affair, a social get together, if nothing else. Sure, there’s a series of goats, racing, but most of the day is spent on more regular social activities.

This year, there were a total of seven races. Major sponsors, such as Vodafone or Kilimanjaro sponsoring the races, with smaller sponsors sponsoring the individual goats with, then, prize money to be won on each race. Much of the money, however, goes to charity, with last year the event making a cool 62 million shillings, about 34.000 euros in today’s money.

I assumed the whole event, now in its tenth year, was some type of spoof on horse races like the one at Ascot in the UK or otherwise the Durban July, but, having done some research, it’s possible the whole thing is part of some obscure Anglo-Saxon heritage thing, as there are also goat races in Kampala, the US and Bundarra, in New South Wales, Australia, to name but a few.
In Kampala, apparently, the first goat races were held in 1993, derived from a Zimbabwean pig race spectacle.

What is quite funny is that the goats don’t really race. The cluster of 10, or so, goats is pushed forwards by two guys carrying a log, a few centimeters of the ground, just below the goats’ bums. The goats then scuttle forward, having nowhere to go but ahead, for two rounds around the smallish circuit.
Occasionally, after a race, a few of the goats escape, or rather, are not cared about, and start hobbling around the circuit in search for some good grass.

What’s probably the best bit, is that, each race, the exact same goats run the course, but dressed up differently.

The chairman of the first goat races was photographer Paul Hicks, who also started the Wonder Welders, where physically disabled individuals make arts and crafts.

TED (Technology, Entertainment, Design) is a U.S. non-profit, best known for its conferences, with amongst their speakers the likes of Bill Clinton, Peter Gabriel, Jane Goodall and many more.
Speakers have an 18 minute limit and attendees pay very steep fees to participate, currently 6000 dollars per year, even though many of the TED talks are available for free online.

TEDx is a program that enables local communities such as schools, businesses, libraries, neighborhoods or just groups of friends to organize, design and host their own independent, TED-like events, that is, having interesting speakers speak about interesting things.
The day of the goat races also saw TEDxDAR happen at the Dar es Salaam International Academy, and I obviously wanted to attend. With, as it turned out, room for perhaps 150 attendees, it was a rather small affair, with lots of decent food, though a rather dry breakfast. And all free, thanks to sponsors such as Twaweza, the organization I’m currently doing work for, Push and many others.

Organizing the conference seemed the prerogative of the Juma family, with four of the six members of “The TEDxDAR team” being a Juma. Whether this worked in favor of the conference or not is hard to say, but there was certainly room for improvement.
For sure, it’s commendable that these guys, apparently 8 months ago, started to work on getting the bits and peaces pieces, that is, sponsors, speakers and logistics, together to get this off the ground, because who else would have actually done it, right? But, at the same time, having three grammatical errors on the first powerpoint slide of the day is just sloppy. And not mentioning the topics of the individual sessions except their titles and their speakers’ bios is something that could be improved on next time. Related, the organizers were threatening to not let participants back into the event if they would leave halfway, citing the ‘overwhelming’ number of interested individuals, but no doubt being in fear of losing all participants to the real major event of the day, the Dar goat races. While this simply could have been avoided if the session topics would have been made available in more detail and registration on a per session basis would have been possible.
Incidentally, what I thought the best speaker of the day, Young Kimaro, obliquely commented on this by saying that Tanzanians should look at the quality of service they provide to those around them, whether from a professional, governmental or social perspective, and increase it by focusing on their clients, customers, and listening to their wishes and needs, putting the customer at the center of their work.
On the other hand, my expectations were just clearly too high. And, indeed, expecting something similar to the actual TED conferences in Dar es Salaam would really be too much to ask for.

Most of the speakers weren’t covering too visionary or groundbreaking topics and some were downright mediocre, which was made clear by the first of three recorded talks from other TED conferences which were displayed on a big screen, where the Ghanaian economist George Ayittey showed both flamboyance and depth.
Unfortunately, because I visited the goat races halfway through and because the organizers moved the schedule around, I missed half of Rakesh Rajani‘s talk, which, at least the part I saw, seemed nice enough, though perhaps a bit pretentious (poor choice of word, but already out there, the web is unforgiving) ambitious, as the title of his talk was Development is failing miserably lessons from 9 villages in Tanzania, which feels like a lot of ground to cover in 18 minutes.
Because of my extracurricular activities, I also missed the recorded talk by Elizabeth Pisani, author of The Wisdom of Whores. But that one is also online, I suppose with thanks to those TED attendees who fork out 6000 dollars per year.

Not a great session, but great images were presented by Mejah Mbuya, who showed excellent line drawings of Dar street scenes by Sarah Markes. He also explained the source of the name Dalla Dalla, the local name for public transport busses, here in Dar
In 1985, the public transport system in Dar was privatized and the busses plying their routes introduced. At the time, a ride on the bus was 5 shilling, then the equivalent of… one dollar.
Incidentally, one dollar now buys you around 1500 shilling.

The event came with no less than three themes; in-between places, what would Nyerere do? and hadithi zetu, which means our story.
The latter is, of course, so vague that you can fit everything into it. The only speaker whom explicitly picked one of the other themes to talk about was Vicensia Shule, who’s recorded talk was shown on the big screen as she couldn’t attend. PIcking the theme of what would Nyerere do?, she glorified the man quite a bit as well as presenting herself as if she was some elderly States(wo)man. Nyerere, of course, was the first president of Tanzania.
Her video was recorded inside a room which looked out onto what seemed to be the Radio City Music Hall in New York.

The organizers were Tanzanian, but of Indian heritage, calling themselves third culture kids which Wikipedia defines as “someone who, as a child, has spent a significant period of time in one or more culture(s) other than his or her own, thus integrating elements of those cultures and their own birth culture, into a third culture”, which is just a fancy way of saying second generation immigrants. (And, yes, America and other countries heavily dependent on immigration are then, by extension are third culture countries.)

The speakers, every single one of them, had a very strong international connection, Maya Wegerif almost being an exception, only having been born in South Africa, seemingly having little connection to any European or American country.

And, indeed, the audience was a very poor reflection of the ethnic makeup of Tanzania.

All in all, it’s good to see events like this happening in Dar and I’d be looking forward to the next installment if I’d still be based in Dar, but there is enough room for improvement. TED talks often leave the spectators wowed. That didn’t even nearly happen here.
All the more… interesting… that on Twitter, twits were calling TEDxDAR the bomb, the best event I have been to this year, very good and saying things like my life its not gonna b the same again because of the conference.
Again, setting up the conference was commendable, but the above comments sound more politically correct than anything else.

And there was more. On Friday night, the Alliance Francaise was having live reggae. Charging 5000 a pop, almost no one showed up, which was excellent. They even postponed the start time from 7pm to 9pm, in the hope they could entertain more peeps. Which was a good thing, as we only showed up around 830.
The music was followed by games of bingo at the next door Indian eatery inside a sizable courtyard, where whole families were happily scratching away over the numbers being called out, every 15 minutes or so scuttling back indoors to get out of the sudden and short lived showers.