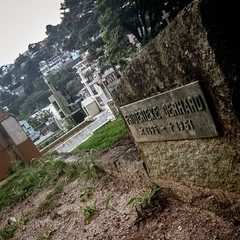 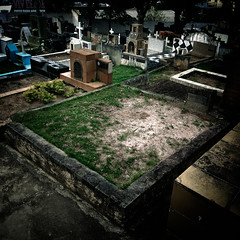 In the cinematic classic from 1978, The Boys From Brazil, Gregory Peck, who won a Golden Globe for his portrayal, played a fictional version of Josef Mengele. In the film, Mengele fertilised surrogate mothers in a Brazilian clinic, with eggs carrying a sample of Hitler’s DNA, releasing 94 clones all over the world to be put up for adoption.
None of the film was shot in Brazil. Had some been shot on location, as opposed to opting for Portugal, the crew might have had the chance of running into the Angel of Death, or Todesengel, himself, as in 1978, Mengele was still alive and living in Sao Paulo.

The real Mengele left Auschwitz on January 17, 1945, a mere ten days before its liberation by the Red Army. He had only arrived in Auschwitz in 1943, where he found the opportunity to conduct genetic research, primarily on twins, hence the plot line of The Boys From Brazil, but also on people with eyes with two different colours, people with physical abnormalities, and dwarfs.
He had started his work on twins already back in 1937, at the Institute for Hereditary Biology and Racial Hygiene in Frankfurt. Racial hygiene, essentially a euphemism for eugenics, was a set of policies through which certain groups of individuals were allowed to procreate, while others were not, with the expressed purpose of promoting characteristics deemed desirable. Mengele’s thesis, on the genetic factors resulting in a cleft lip and palate, earned him a cum laude doctorate in 1938.

One of Mengele’s assistants at Auschwitz, an interned Hungarian jew, selected for being a pathologist, remembered one occasion where his boss personally killed fourteen twins in one night with a chloroform injection to the heart. And, if one twin died of a disease, Mengele killed the other so that comparative post-mortem reports could be prepared.
Another witness described how Mengele sewed together two Romani, gypsy, twins, back to back, in an attempt to create conjoined twins. It’s clear where American Horror Story’s second season got its inspiration from.

As an aside, Marie Stopes, after whom Marie Stopes International is named, an NGO providing contraception and safe abortion services in nearly 40 countries, and a common player in the developing world, was a campaigner for eugenics.

Shortly after leaving Auschwitz, Mengele was actually taken prisoner of war by the Americans, but disorganisation on the American side meant no one realised who he was, even though he was registered under his own name. Mengele was released shortly after, recovered documents he had left behind in what is now Chechia and then worked as a farmhand in southern Germany, until he sailed to Argentina in 1949, fearing for his arrest.
His wife refused to accompany him, staying behind with their son, and they divorced five years later.

As a sign of the times, Mengele, on the run, in and around Buenos Aires, worked as a salesman for his father’s farm equipment company, which included frequent trips to Paraguay. He managed to obtain a copy of his German birth certificate through the West German embassy in 1956, which allowed the Argentine government to issue him a foreign residence permit under his own name, which he in turn used to obtain a West German passport, with which he visited Germany and Switzerland, where he met his son Rolf, who was told Mengele was an uncle, and his future second wife, the widow of his younger brother.
All this without the Mossad being able to trace him down, utterly impossible in today’s world.

Shortly after, Mengele being under investigation for practicing medicine without a license by the Argentine authorities, he moved to Paraguay, where he managed to get citizenship on the hardly obfuscating name of José Mengele in 1959. A coincidentally wise move, as Simon Wiesenthal, the famous if notorious Nazi hunter, had finally uncovered the divorce papers from Mengele’s first marriage, which, amazingly, listed the correct Buenos Aires address for Mengele.
But, by the time extradition, requested by Germany, was approved, Mengele had already moved to Paraguay.

Around this time, the Mengele family business executive secretary had traveled to Asuncion, the capital of Paraguay, and had met with Mengele, bringing a message back with him, stating that “I (Josef Mengele) personally have not killed, injured or caused bodily harm to anyone.”
You’d think it would be fairly easy to track him down with this information, but, no.

Meanwhile, the Mossad had managed to capture Adolph Eichmann, one of the major organisers of the Holocaust, in Buenos Aires, in 1960. After his capture, Eichmann was held for nine days before being drugged, dressed as a flight attendant, and smuggled out of the country. The Mossad also tried to locate Mengele, but failed, with Eichmann’s intelligence being too outdated.
West Germany, it later turned out, knew Eichmann was living in Argentina for at least two years before his capture, but were wary of him being caught, as they feared Eichmann might spill the beans on Hans Globke, then Chief of Staff at the German Chancellery under Konrad Adenauer, the Angela Merkel of his day, but also, Globke was coauthor of several antisemitic Nazi laws.
Yet, Germany went on to issue a reward for Mengele’s capture, which triggered Mengele clandestinely crossing into Brazil in 1960, with the help of Nazi supporter Wolfgang Gerhard, himself a German with ‘decent’ credentials in the Hitler Jugend.
In Brazil, Mengele partially financed a farm for a Hungarian expat couple and became the farm’s manager, located in Nova Europa, a small municipality a four hour drive north west from Sao Paulo.

Over the next few years, together with the Hungarian couple, Mengele would slowly move closer to Sao Paulo, until, in 1976, he was actually living in Sao Paulo itself.

The Hungarians discovered Mengele’s true identity in 1963, but were afraid that reporting his existence to authorities might result in negative percussions for themselves, even though Germany had extended their extradition request to include Brazil in early 1961.

Meanwhile, though Mengele had remarried the widow of his younger brother, him and his wife did not live together, the wife living in Italy and the two corresponding by mail. The Mossad had reignited their search for the war criminal, but were not able to intercept their communications, even though they did locate what they thought was Mengele, in Sao Paulo.
However, budget constraints and a deteriorating relationship between Israel and Egypt saw the Mossad calling off the operation in 1962.

In 1971, Gerhard, who had helped Mengele get into Brazil, gave his own identify card to Mengele before traveling to West Germany, seeking cancer treatment for both his wife and son. Or perhaps he sold the card, if a second hand account is to be believed. Hilariously, due to Brazilian hyperinflation, the reported price of the identity card in 1971 was such that only the equivalent of a million times million identity cards would buy you a simple cup of coffee nowadays. Or, at the time, half a cheap, but new, Volkswagen.
Gerhard died in Austria in 1978. Tellingly, survived by his son he had named Adolf, Gerhard was still a fervent Nazi supporter who, even in Austria in the 1970s, topped his Christmas trees with swastikas.

Now living in a suburb of Sao Paulo, Mengele met his son Rolf in 1977, the son now aware that Mengele was his father, not his uncle. Rolf later said that he found an unrepentant Nazi who claimed he had never personally harmed anyone, echoing Mengele’s statement from nearly two decades prior.

Mengele, his health slowly deteriorating, had a stroke and drowned while swimming off the Brazilian coast in 1979, in the town of Bertioga, just east of Santos, and was buried under the name of Wolfgang Gerhard, based on the identity card he had been carrying, in the town of Embu das Artes, a short drive west of Sao Paulo, even though he had no connection with this village. Embu das Artes is now known for its Sunday fairs, and its artists, where more than a few restaurants are German themed, with Eisbein a local favourite.

Mengele’s grave, or what’s left of it, can still be visited in Embu, but his stone is no longer there. He shared the grave with Friderieke Gerhard, who, her stone reveals, died in 1959. Strangely, an LA Times article gave the date of Friderieke’s burial as 1961, but also mentions Friderieke was Wolfgang’s mother, which explains Mengele’s grave in the same location.

I visited the grave site this weekend and talked to one of the care takers, who told me that the cemetery might remove the grave soon, as no one is paying for the plot, while the plot itself was emptied a few years after his death.

The story of Mengele’s final days unraveled in 1985. A police raid of the house of the sales manager of the Mengele family firm in West Germany, on May 31st, uncovered coded letters containing information on Mengele’s death. The letter was sent by the family Mengele was staying with when he drowned.
Under interrogation in Brazil, these friends revealed the location of the grave, but not before a Chicago Tribune article quoted Mengele’s second wife as saying that the atrocities ascribed to Mengele were all ‘lies and propaganda’, while it was not yet clear whether the remains were Mengele’s.
But, on June 10, Mengele’s son Rolf admitted that the remains were his father’s. Forensic research confirmed this and, in 1992, this was backed up by DNA testing. It was only then that rumours were finally laid to rest. Even after Rolf’s admittance, Wiesenthal still believed Mengele was alive, while Germany still had a reward out for his capture, worth nearly 2.5 million USD.

Mengele’s remains, exhumed, are now in storage at the Institute of Forensic Medicine, in Sao Paulo, and are, oh the irony, used as educational aids during forensic medicine courses at the University of Sao Paulo’s medical school.
The exhumation was shown live on Brazilian television, just over two months after the country had left behind its military dictatorship of 21 years.

In the film The Boys from Brazil, the main protagonist, an ersatz Simon Wiesenthal, is played by Laurence Olivier, who won an Oscar for the role. In the film, Olivier consults an expert on cloning, played by Bruno Ganz, who of course put down an amazing portrayal of Hitler in Der Untergang.
Olivier, three years earlier, was the antagonist opposite Dustin Hoffman in Marathon Man, where he played an ersatz Josef Mengele himself and won the Oscar as well as the Golden Globe for best supporting actor.