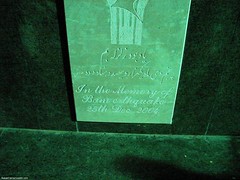 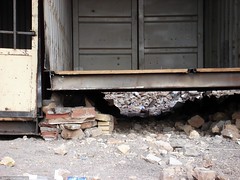 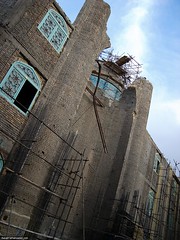 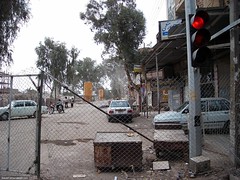 What's left of the Bam bazaar 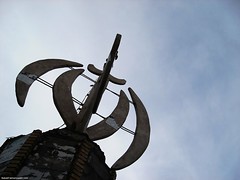 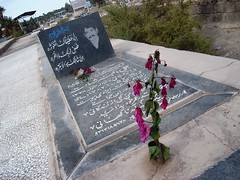 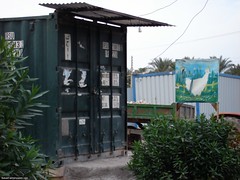 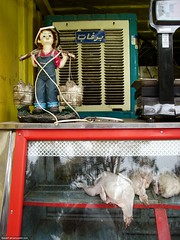 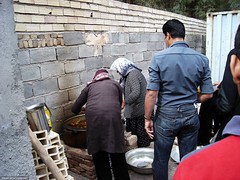 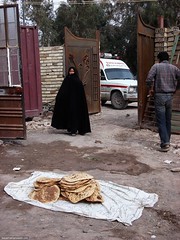 People claiming that things really ain't what they used to be are quite right if it concerns the city of Bam. There's not too much left of the ancient citadel which graced the town .In fact, there's not too much left of the hole town itself, even though the devastating earthquake happened almost three years ago. Before, tourists had access to every part of the old city, including the citadel, where climbing up gave you amazing views of the old city, the town and the surrounding areas. Now, practically the whole old town is one big ruin and a sealed off path only lets you go as far as the entrance to the citadel.

Maybe because of that, the town feels very Afghan, or maybe Pakistani. Lots of people walk around in shalwar kameez, many shops sell from shipping containers, and the boys selling DVDs only have Bollywood crap. The state of affairs is a bit sad, three years after the quake and so very little rebuilt. Is it typical? Is it the same in other quake-hit areas?

I took the night train from Tehran to get to Bam ,but although in recent years, the track was extended from Kerman to Bam, the night train still only goes as far as Kerman, where you have to wait, get a new ticket, and get on a local train to the next town. The train station in Kerman is reasonably modern. One large hall with many seats facing the exit to the platform with a TV screen above it, not showing departure times, but, yes, television. All the offices around the hall were signposted in two languages. Useful, except for the fact that the only offices missing was the actual ticket office. Then again, it being the only office not signposted and a significant crowd outside, it wasn't too hard to track down.

Related:  Finding not finding a cheap place to stay in Cape Town

Akbar's guest house in Bam, together with two expensive hotels, survived the quake, but only just. Taking the bus from the train station (why do they build these things so far from town?) to the city, one of the locals whom I'd shared my coupe with, assured me that nothing in Akbar's area was left standing. Not completely true, but close .Akbar's is basically three prefab containers around a small yard.

There's a contingent of Africans staying at the guest house. I tried striking up a conversation with one of them:

Later, some claimed they were Shia muslims on their way to Mashhad. I wasn't really convinced. Every day, a few left, a few arrived. Akbar doesn't seem to happy with them, but then again, it's business. They stay in, most of the day, and make calls to Pakistan, Tanzania, Tehran..

Besides the Africans, there are also a few 'real' tourists at the guest house and, indeed, the further east you travel, the weirder they get. Maybe the hippy trail still exists. At least two of the guests are strict vegetarians (one of these has the exact same name and hails from the exact same town as the German I met in Dogubeyazit, yet they don't know each other, the other, an English chick, has the body movements of a chicken), there's a Swedish motorcycle driver on his way to India while another Swede, on a bike, also on his way to India, is set to come in any day.

Related:  The next step in crime fighting

Together with Akbar's son, we got pizza to eat on the roof of the (new) guest house which is currently under construction. Getting the pizza:

Akbar's son, together with a friend of his always tried to make something special of their Thursdays. This time they were having pizza on the roof of the new guest house, secretly smoking hash.

On the Friday, going for a stroll towards the cemetery to check out the many dead, I first was offered a lift from someone visiting the guest house. I wanted to walk. Then, some fifty meters on my way, I was nearly forced to accept a lift from a fat young kid in a huge gold coloured 4×4. He drove me to the cemetery and offered me to drive around (the cemetery), after first pointing out his sisters and cousins who died in the earthquake. I said I preferred walking, which he couldn't appreciate too much.

Then, seconds after getting out, a young man with vacant eyes came running up to me, slurring his words but also trying to offer me his services. I threw him a cigarette and ran off.

The last evening was spent in Arg-e-jedid, the new ark (the old one being the destroyed citadel). It's basically a huge entertainment village with rides, lots of water, pick nick areas, restaurants and, I'm sure, much more. Music was streaming from the ever present loudspeakers. Muzak versions of such classics as 'My heart will go on' and 'If you wanna be my lover'.

Related:  I must be on my way

We had dinner at Phare, a 'cafe-restaurant'. Well designed, if you didn't look at the finishings too closely, and classy. I though, till we got our food on red plastic McDonald's-like trays.