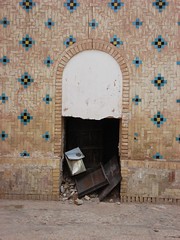 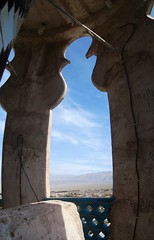 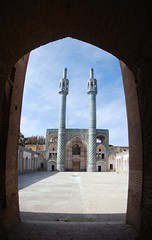 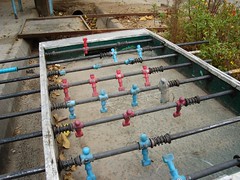 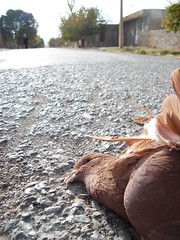 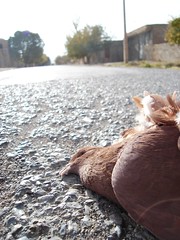 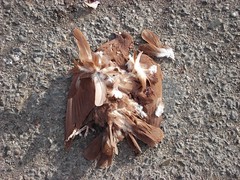 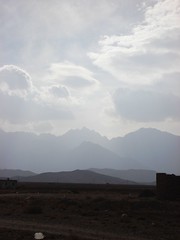 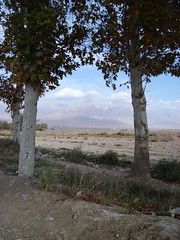 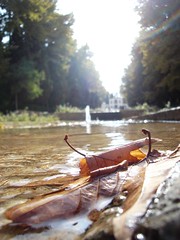 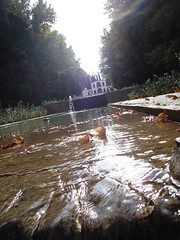 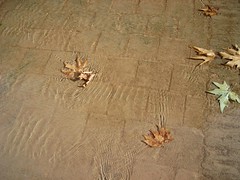 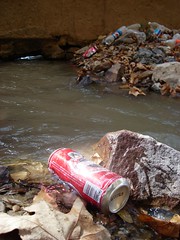 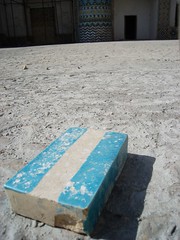 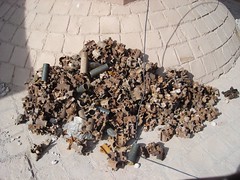 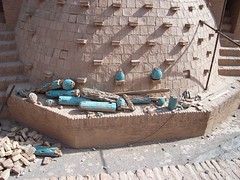 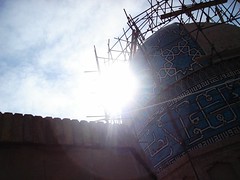 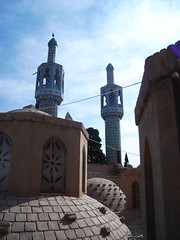 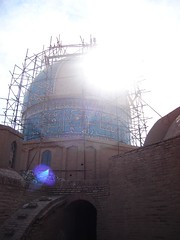 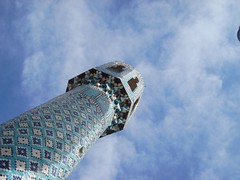 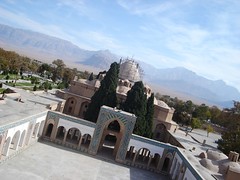 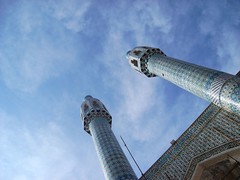 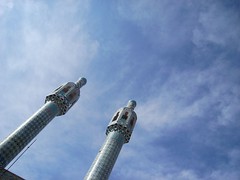 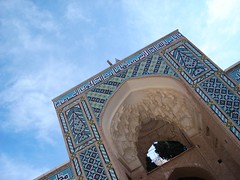 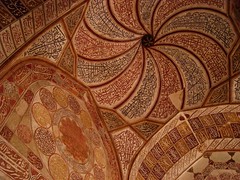 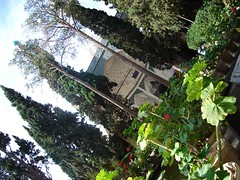 Yet another bazaar, yet another couple of mosques. Outside of Tehran, perhaps, I haven't yet found an Iranian city where I seriously could consider living. For one thing, no alcohol, but also, not surprisingly because of its isolation, Iranian cities do not tend to be very cosmopolitan.

And then there are the pit latrines. Actually, I like them, as such. The squatting, for taking a dump, has the pleasant side effect that it's much easier to empty your bowels. And the water, from the hose, with which you clean your bum, tickles your butt nicely.

But two things. A little bit of toilet paper would be very nice, for having to pull up your pants with a wet butt-crack isn't too comfortable. And there's the smell. 'European' toilets have the u-shaped pipe to keep the goodies, and the smell, at bay. The squat toilets, judging from the fowl smell, don't seem to use that contraption. Although, once, I saw something of a valve blocking the exit, letting water (and shit) through, going down, but not letting the smell come up.

Then, what is it with Iranian restaurants, really? Every single one of them sells 45 different kebabs, and very little else. And it's particularly the not-kebabs which I like. Still, after eating at a decent restaurant, yesterday, I was able to add another great dish to my Iranian favourites: kashke bademjon, an eggplant dish cooked in a milky sauce to a soup-like consistency. Delicious.

Taking a break on my first day in Kerman, in the courtyard of the Omid Inn, a backpacking Japanese guy came up to me:

And he was gone.

On my second day, I enjoyed the sights in Mahan, some 35 kilometres from Kerman. The city has two sights, a dervish tomb and a lush garden. At 2000m above sea level and at this time of the year, you have to lounge in the sun. Finding one, right next to a running stream, with a hot tea and my first water pipe in a very long time, time did not exist. That is, until I had to walk back, six kilometres, to Mahan, for lack of transport.

Walking to the back of the garden, where the mountain stream enters the park, two empty cans of Tuborg beer were stuck behind a stone. Not the alcohol-free kind, which you can get almost anywhere, but the 8.1% type. Witnesses to a well-hidden subculture.

Almost everyone seems to want to strike up a conversation with me. Iranians are almost always confused. I look reasonably Iranian, but my Farsi is strangely accented. It's a bit tedious to have to tell the same story again and again, although it's good training.

I now counter questions like "Where are you from?" with "Tehran, and you?" to which they almost always reply, surprised, "From [the current town], of course!", to which I say "No! Really? What do you do?" which is quite funny if the person in question is, at that moment, driving a taxi or selling tickets for, say, a museum.

On my second night in Kerman, spent the evening with the delightful Hossein Vatani, probably the best tour guide in the region, if not the country. We had dinner after a visit to a Zurkhaneh, a 'house of strength', where a bunch of guys show off their manliness in a spectacle of highly ritualised dances and feats of strength, to the accompaniment of a drummer/singer reciting Hafez. Highly intrigueing.

Related:  Eating bugs
This text is available under a cc-nc-a license.