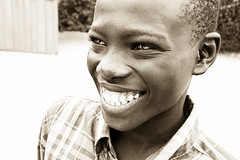 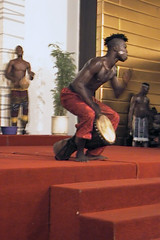 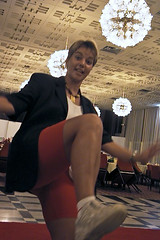 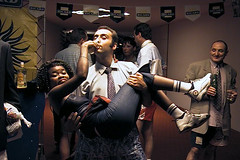 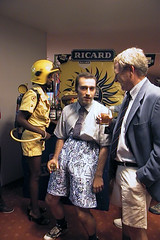 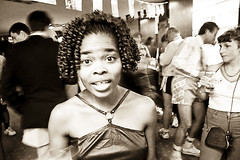 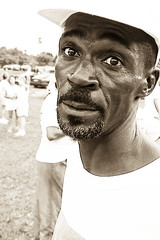 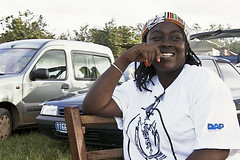 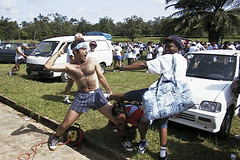 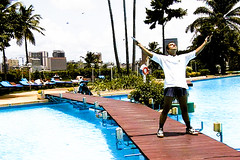 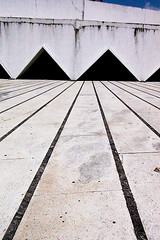 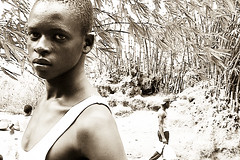 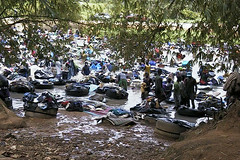 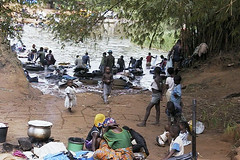 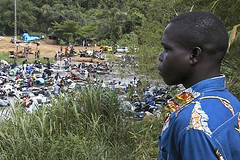 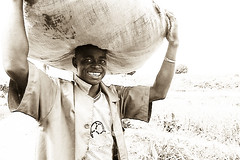 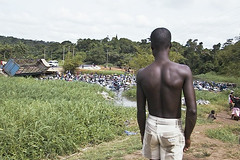 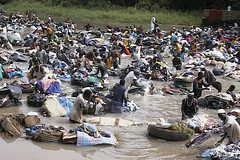 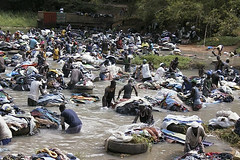 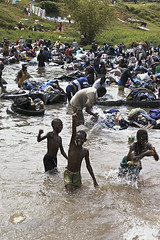 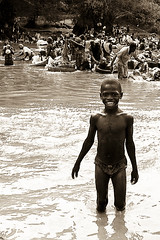 Smoke in the water 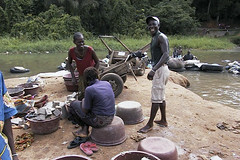 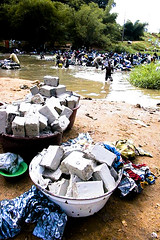 Although unsuccessful the previous weekend, this weekend, although with some difficulties, I did end up in Cote d'Ivoire. Not in the capital however, but in Abidjan, the venue of the 1000th Abidjan Hash.

This trip, too, didn't happen without some issues, the last before take off being Theo, one of the Accra hashers, not coming along on the trip since he couldn't find his passport. The was supposed to arrange the van that would drive us to Abidjan. We were to leave Friday morning 7:30am. The van arrived 8:30, we left 9:30. Without, as it turned out at the border with Cote d'Ivoire, the right papers to cross the border. Luckily, last minute, Vassilis had decided to come along and his diplomat's passport truly opened doors for us at the border and at several police checks in Cote d'Ivoire. Although still it took us more than two hours to actually get across the border.

Abidjan is a city that doesn't fit in West Africa, at all. Driving into the city, coming from the motorway along the coast, you are welcomed by a skyline, not unlike a skyline you might expect from Munich or Frankfurt or, for that matter, any mid-sized North American city. Many large, seemingly well-maintained sky scrapers. The cars on the roads are of exceptionally good quality, as opposed to the cars in Ghana that, for ninety percent or more, are second hand cars from Europe. And, to top it off, the city is filled with good quality restaurants with continental cuisine. This is one nice city. Of course, prices are also much higher.

Related:  And we call him ‘Loves That Shit’

The only bummer with Abidjan was that we arrived after ten in the evening. It meant it had taken us more than thirteen hours since our planned time of departure. If you consider that the actual distance between Accra and Abidjan is a mere 550km, it implies the actual connection is pretty bad.

Since we had arrived so late after such a less-then-enjoyable trip, there wasn't really any time left to go out on the town. Still, together with Ina, from the Abidjan Hash and Lura, who also had decided, last-minute, to tag along, we had a very nice bite to eat in one of the typical expat bars in the city.

We started talking about the difference between our two hashers and we learned that the next days hash was going to be a short one. Short, for Abidjan standards, would mean eight or nine kilometers. In Accra, we seldom ran over three and never over four kilometers. This, combined with the fact we would start running at three, meant that it was going to be quite an interesting experience for us.

Lura and myself slept at Susanne's. A cheery German lady, working at the German embassy in Abidjan. Since she HAD gone out on Friday night, we didn't have a chance to meet her for breakfast the next morning. We were, however, welcomed to freshly squeezed orange juice, real coffee, croissants, baguettes, confiture, real butter and, to make the experience complete, five different types of cheeses! This was one city I could learn to love.

We got out of bed fairly early to be able to see the 'Fanicos', which means nothing but 'laundryman'. In the Parco de Banco, only a couple of kilometers from downtown Abidjan, every morning more than 400 men and women come together, after collecting their days work from houses in the city, to wash their collected clothes. Each laundryman's position in the river Banco is predetermined and always the same, next to one particular set of rocks kept together by a rubber tire.

It is quite a spectacle to watch, although you could argue the cleanliness of the situation. At some point, we experienced a baby shitting all over her mother, who was doing laundry in the river. The mother picked up the baby from her back, held her at arms length, and let her shit in the river. One interesting detail is that none of the men are from Cote d'Ivoire. Most are from Mali or Burkina Faso.

The run on Saturday afternoon was very difficult. As said before, in Accra we never ran more than 4km. And then, about every 500 meters, there's a check, were everyone has to wait for the whole group to come together again. The Abidjan run was 8km, if you were so lucky as to not get trapped in the checkback, a detour to fool the fastest runners. I got stuck in the detour and had to do an extra 3 kilometers. The first, and only, check, luckily a beerstop, came after a massive 7 kilometers. There was pain.

The party, in the evening, was truly magnificent. In the lobby of the most famous hotel in West Africa, the Hotel Ivoire, until dawn more than 200 people were partying. A wonderful banquet, expensive French wine, real Champagne made the dinner. Performances by local artists, a catwalk and a lot of disco made for great festivities. Why is the hotel so famous? It has a swimming pool, 200 meters in length, 7 tennis courts, a bowling alley and an ice skating rink. Yes, an ice skating rink.

The trip back on Sunday still took more than 10 hours, but I couldn't really care, this weekend had been really, really nice. In addition, I had to share the back seat with three women. Everyone asleep, I had nice cushions on both sides of me.